Kapil Dev, without any struggle, has got complete independence from the rules of the English language 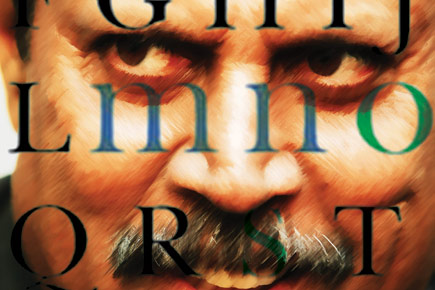 Kapil Dev, without any struggle, has got complete independence from the rules of the English language


Early in his career, after the young Sachin Tendulkar became aware of his own deification, just one thing changed in him. When asked to make a public address, he started spacing out his words. He would speak slowly, measuring what was coming out of his mouth, word by word, concentrating hard. His voice was almost girly but what was worse was that he was so completely aware of this blemish. Kapil Dev never had that problem.

Here’s Kapil Dev at Lord’s in a dark blue blazer and with a gleam in his eyes immediately after picking up the 1983 World Cup: I am happy, what my team done here today…A target wasn’t good enough to fight…

And here is Kapil in 2008, 25 years later, talking about that victory, during a BCCI function to felicitate the players: We like acknowledge how proud how happy today we are. His grammar has undergone little change in over a quarter century. It might even have deteriorated, if you consider that in the latter instance he was reading from what looked like a prepared speech. In the line, you can pick out five grammatical mistakes. You could even correct it (‘We’d like to acknowledge how proud and happy we are today’). But then comes his next line: You are inviting us and giving us such a reception which we never ever expected. This is when you suspect there is more at work here. He is not speaking in English. He is speaking a unique language that has its own rules. Observe the lines that follow: What we achieved 25 years I think in our own mind we were very young people. Perhaps some of the people understood what happened. As a captain I didn’t understand what really happen and how it happen…People loved us and that was the biggest reward. The board loved us and that was the reward. A lot of people in last one week or ten days talk lot about money. In my mind money everybody loves money but the love and affection what people get it, what you are giving to us, I think that is unparallel.

Kaplish has some mysterious patterns. For one, half of Kapil’s sentences are in proper English. In his 1983 post-World Cup victory spiel, he said in indisputably correct English: We should do it next time as well. And then, there’s a switch to Kaplish: We played like a winner throughout the game, throughout the series, everybody fight, fight for their lives and they said we will do it. Sometimes, half his sentence is in English and the other half is in Kaplish. Like this gem when he headed the Indian Cricket League and the BCCI gave him grief: Administration says no, ICC say noes.

In recent times, we have heard a lot of Kaplish, thanks to the BCCI–ICL spat and television. He abolished prepositions (We are not expecting any recognise us), he was liberal with the indefinite article (The idea is to have a cricket in India), and sometimes, well, sometimes he said something like this: I never want to say that but today I am saying that. Today or ever cricket will go divide somewhere only one person to be blamed.

Yet, no one ever wonder what it that he meant, that’s the horrifying beauty, even if it a language different, the message come across a clear.