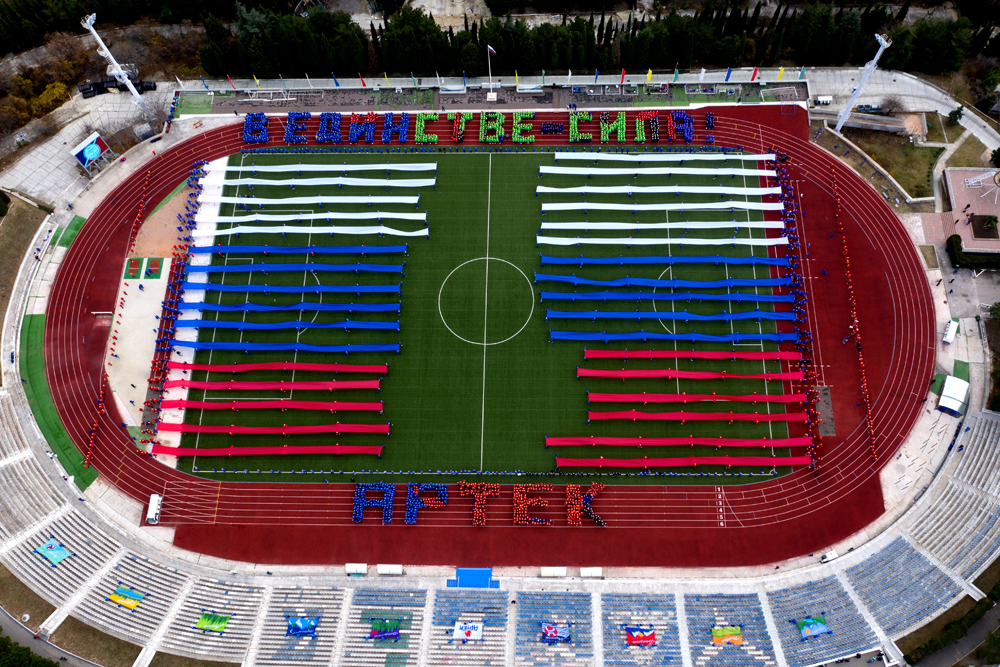 
On a typically warm mid-summer Catalan evening in 1992, sports enthusiasts at the Montjuic stadium in Barcelona witnessed the end of a great sporting era. The Unified Team, a 475-member strong squad comprising athletes from Russia and 11 former Soviet republics marched off victoriously into the twilight one last time as the Barcelona Summer Olympics came to a close. The USSR had ceased to exist eight months earlier and Russians, Ukrainians, Kazakhs and Georgians competed under the Olympic flag. Though the Red flag and the national anthem were gone, the Unified Team performed valiantly and finished at the top of the medals table, defeating on the sports field, the US, the very same superpower that had won the Cold War.

With the end of the Barcelona Summer Olympics began the downfall of sports in Russia. By 1993, cash-starved Moscow could ill afford to invest in sports the way the Soviet Union did for decades. A populace that had become used to breadlines no longer dreamt of dominating the sports world, but instead looked at basic survival. Large sports facilities began to fall into disrepair, smaller grounds were converted into outdoor markets selling smuggled clothes from China and Southeast Asia, and alcoholism reared its ugly head among the lost generation—the set of people most affected by the collapse of a once-mighty superpower. As a result, a decline began in Russia’s performances in the Summer Olympics.

Russia managed to finish second in the 1996 Atlanta Olympics, but the good Olympic performance hid the fact that the country’s public health was not something the authorities could brag about. The economic instability that culminated in the 1998 debt default and financial crisis led to what some called the “noodles generation.” Many young athletes with potential were no longer getting the right kind of nutrition, but instead ate instant noodles to assuage hunger. Alcoholism continued to rise in the 1990s, with the country having an alcoholic president who would regularly provide the Western media reasons to have a good laugh.

Apart from this, Russia in the 1990s was lawless. Alexander Popov, who is widely regarded as the greatest sprint swimmer of all time, was stabbed in the abdomen by street vendors in Moscow just a few months after he won two gold medals at the Atlanta Olympics. The swimmer would recover from the deep stab wounds and remain an international star, but his own problems were emblematic of Russia’s in the wild days of the ’90s.

It was a general lack of faith in the sporting future of Russia that led to Yuri Sharapov taking his talented daughter Maria Sharapova to the United States in 1995 to become a tennis player. Sharapova’s success in grand slams is largely attributed to the training she received in the United States.

Boris Yeltsin’s interest in tennis and its promotion led to a generation of successful Russian players, including grand slam winner Marat Safin and a large number of women who competed at the highest levels. It was, however, only after the alcoholic president stepped down that the Russian government began to indulge in what was called ‘sport propaganda’.

A few years after Vladimir Putin became president, Kremlin critic Yulia Latynina mocked attempts by the government to increase the birth rate in the country by saying Russians gave birth like Europeans and died like Africans. It was a combination of alcoholism and general fatalism in youth that glorified the ‘Russian extreme’, an overindulgence in adventure that prompted Latynina to make these comments.

In the early 2000s, a common sight across Russian cities was teenagers drinking beer on park benches on summer evenings. Public drinking on summer evenings would often lead to drunken brawls. The sports propaganda plan was initiated to lure youth away from alcohol and into sports. Over the next 10 years, as Russian wealth multiplied and living standards improved, sports became an important and essential part of the Russian lifestyle.

Putin represented the fitness that the common person aspired to achieve. Judo became a popular enough sport for Russia to start winning Olympic medals in 2012. Dmitry Medvedev, the prime minister, who served as president from 2008 to 2012, also used television to promote sports and even gave basic instructions on skiing on television.

The earliest initiatives taken by the Russian government to improve public health were praised by The Lancet. ‘A vigorous anti-alcohol campaign, new road safety measures, and a programme of health awareness workshops for teenagers are among the positive signs 6 months after the Kremlin introduced a new 12-year health-care blueprint which identified the ‘formation of health as a priority in the social and spiritual values of Russian society’ as a key task,’ the peer-reviewed medical journal reported in 2009.

Ever since Russia was awarded the rights to host the 2014 Winter Olympics in Sochi, there was an active campaign across the country to develop winter sports. Buses and bus stops in 2007 had advertising panels calling on children to aspire to compete in Sochi.

When the resort city by the Black Sea hosted the Olympics, Russia topped the medals table edging out second-place Norway, but the success has since been tainted by doping allegations.

Putting these allegations aside, winter sports facilities in Russia are among the best in the world. The idea to link sports with the general fitness of the nation has paid rich dividends. While the population decline has not been completely arrested in Russia, health standards have vastly improved and are not that far from being on Western European levels.

As is the case in India, long-distance running events open to the public have gained popularity in Russia. Jogging and running for fitness is very much popular among the urban middle class with many people even braving cold and dark winter mornings to go for a morning run.

Improved public health and greater sporting prowess are considered two of the main markers of Russia’s reemergence as a power and developed nation.

Doping allegations and a WADA ban

Russia could not repeat its Sochi Winter Olympics feat when the next edition of the event was held in Pyeongchang, South Korea in 2018, as the country was suspended over doping allegations in Sochi. As many as 169 Russian athletes participated in South Korea under a neutral flag. They wore plain uniforms that said ‘Olympic Athletes from Russia’. The Russian flag and national anthem were banned from the games. This followed a partial ban from the 2016 Summer Olympics in Rio de Janeiro.

“For too long, Russian doping has detracted from clean sport,” WADA said in a statement. “Russia was afforded every opportunity to get its house in order and rejoin the global anti-doping community for the good of its athletes and of the integrity of sport, but it chose instead to continue in its stance of deception and denial.”

The Russian authorities have not taken too kindly to the ban. “The fact that such decisions are taken repeatedly—and often in relation to the athletes who have already been punished one way or another—suggests that this is the continuation of the anti-Russian hysteria, which has already got into a chronic form,” Russian Prime Minister Dmitry Medvedev said this week.

Medvedev did agree that Russian sports have had issues with doping, which he said were “impossible to deny”. Russia plans to challenge the latest ban in court.

The mass doping allegations against Russia first surfaced in 2016 when Grigory Rodchenkov, the former head of the Russian anti-doping laboratory, defected to the US and turned into a whistleblower. Rodchenkov is part of a witness-protection programme in the US now.

Despite the fall from grace for Russia, there is little doubt that the promotion of sports and an active and healthy lifestyle has managed to pay rich dividends for the country’s public health programme. If in the early 2000s public parks were full of teenagers drinking beer on summer evenings, now teenagers can be seen armed with badminton and tennis rackets in the same parks. Slalom skiers who can’t practice in the summer months improvise using roller skates.

There is little doubt that massive doping did take place in Russia from 2005 to 2015, just about the same timeframe when the country reemerged as a sporting power. However, doping is a curse across much of the world, with the ultimate Summer Olympics superpower, the US, being no exception. Clean athletes, many of whom have private nutritionists and doctors, have every right to compete in the Olympics and world championships. The fact that they cannot do so under a national flag no way demeans their achievement or stops their country from taking pride in them.

The ban on Russia in international events will no doubt be a dampener for aspiring young athletes who dream of seeing their flag hoisted and hearing their national anthem during a medal ceremony. However, the emphasis on good health is now an integral part of the lifestyle of the urban Russian. 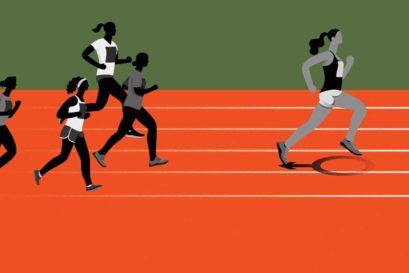