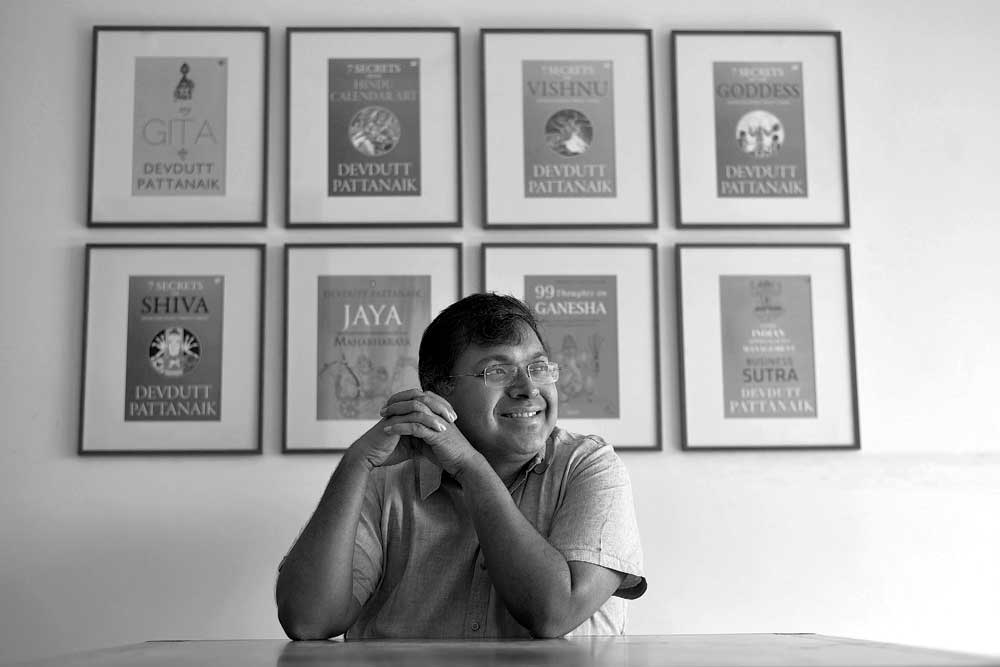 Devdutt Pattanaik’s recent book Olympus: An Indian Retelling of Greek Myths is dedicated to ‘Homer, Hesiod and Socrates, and to Vyasa, Valmiki and Yagnavalkya. Each one saw the world so differently.’ This dedication tells us much about Pattanaik’s oeuvre.

Mythology creates a more visceral experience, and so appeals to everyone, not just the intellectual

He brings together ancient wisdom from different traditions, to reveal its impact on modern lives. His writings, like his illustrations, are simple but not simplistic, familiar but unique, detailed but light. Pattanaik wrote Shiva: An Introduction back in 2007, which attempted to demystify one of the chief deities in the Hindu triumvirate; since then he has decoded other deities such as Sita, Hanuman, Ram, Vishnu, etcetera. In 2016 alone, he wrote more than half a dozen books. But his prolificity is only one part of the story, the other half is his intelligence.