He could rule for a further 12 years, which would make his a 22-year-rule 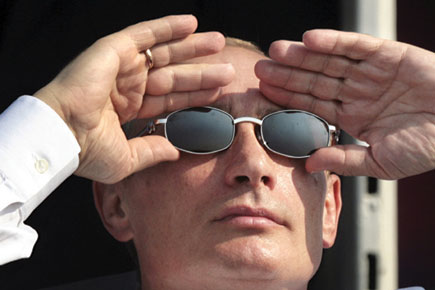 
A week ago, Russian Prime Minister Vladimir Putin and Silvio Berlusconi came together in what must have been a testosteronic tsunami at the sidelines of an investment forum in Sochi, Russia. Putin said that anyone who spoke ill of “Signor Berlusconi”—currently caught up in a sex scandal for so-called bunga bunga parties—was just jealous of his “special attitude to the beautiful sex”. To finish off the lovefest, the two cracked jokes about clinging on to power until they turned 120.

Putin may not have been joking. At a congress of his pro-Kremlin United Russia party in Moscow, he accepted a proposal by Dmitry Medvedev—whom he led into the Kremlin in 2008—to run in the 2012 presidential election, where he will seek a third non-consecutive term. Now that Medvedev has done him the favour of extending the presidential term to six years, he could rule for a further 12 years, which would make his a 22-year-rule.

Putin and Berlusconi have more in common than their pride in unreconstructed masculinity and alleged misadventures with cosmetic surgery. While Berlusconi faces four separate trials on corruption, Putin’s Russia was ranked 154th out of 178 nations by Transparency International’s index of perceived corruption this year (178th being most corrupt). Putin is popular in Russia largely because in his first two terms, he oversaw an economic boom, and retook control of Russia’s massive energy sector. He is also admired for his flamboyant displays of machismo in official photos showing him fishing, hiking, horse-riding, practising judo, and putting out forest fires from a fighter jet, mostly always bare-chested. But ordinary Russians and potential foreign investors are concerned about the other hallmarks of his regime: corruption, a widening chasm between the rich and poor, compromised press freedoms and a hawkish foreign policy.