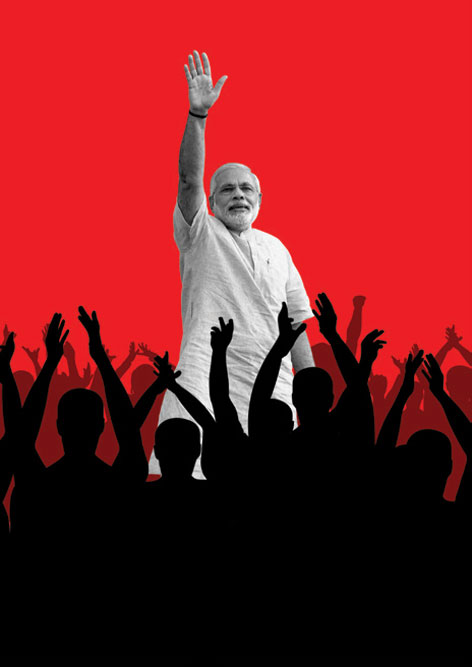 
OPINION POLLS, AS reported by domestic and international media, show that the pandemic has made the already popular Narendra Modi more popular, his rating touching 90. What went wrong—that was the tone of some reports still distracted by the plight of migrant labourers and the crudely typecast Muslims. And we read about the soaring popularity of the Prime Minister at a time when the prevailing truism is that populists are good at manipulating the virus to fortify their own mythology, and the most cited examples are Hungary’s Orban, Russia’s Putin, Brazil’s Bolsonaro, Mexico’s Obrador, America’s Trump and India’s Modi. In varying degrees of kitsch and ruthlessness, they reportedly infected the popular mind and set off the uncontrollable sociology of Covid leadership.

Some of them need to be ticked off for not passing the democracy test, or for being purveyors of sham democracy. Orban, widely voted as the populist-in-chief, is on his way to become the most overwhelming me-alone leader in a democracy curated from the top. Putin, the showman nationalist of a proud but fallen empire, can’t help himself borrowing from the book of his old Soviet masters while stoking paranoia and silencing dissent.

Trump—and that is the story most captivating. Passive aggressive. Petulant. Narcissistic. Vulgar. Competitive. These are some of the adjectives we deploy to make the American President in Covid times comprehensible. And now, some pundits are marvelling at his transparency: he was under no constitutional obligation to admit that he has been taking the anti-malarial drug hydroxychloroquine on the advice of his physician. And a majority are of the opinion that this confession is only a slightly better version of the Lysol moment. The President, meanwhile, wants the world to know that what matters is not science but his instinct. This is at a huge cost, and as the New York Times columnist Ross Douthat writes, ‘Great men and bad men alike seek attention as a means of getting power, but our president is interested in power only as a means of getting attention.’

Modi hogs all the attention and consolidates his power and popularity further. What’s it that makes him the most popular leader in a democracy during these pandemic times? True, trust makes the difference. As I wrote in this space, ‘only leaders with a higher trust quotient are allowed to cross the Lakshman Rekha during a pandemic.’ (‘The Trust Quotient’, May 4.) There were dramatic crossings before. When it was the metaphorical virus he needed to contain, he went for a “surgical strike.” When it was the Indian market-born virus, he went for “demonetisation.” The former added to the mythology. The latter didn’t unmake the mythology. He could do no wrong. Or: even his wrongs were right for the country. Trust is the most generous judge.

There is something else at play. For the smartest of them, history is not what can be moulded. It’s an opportunity. It’s a backdrop to your perfect act. It took a World War for Churchill to come out with his best lines—and the best act. Reagan wanted to tear that Wall down, and Gorbachev, to the horror of his predecessors in their mausoleums, nodded. Some, even though they were the smartest of their generation, were denied the luxury of a backdrop, and they struggled for it, the way Clinton did. The pandemic is one such moment for the smart leader—and for the Trumps too.

Modi’s higher trust quotient is the effect. Not the cause. The Modi who speaks to the nation, or more aptly perhaps, the One who issues His lockdown commandments from the Mount Sinai of a television box, is not like any of his listeners. The familiar folklore is: the chaiwallah who stormed the “Sultanate”; the one who came from the farthest recess of dispossession in the most stoic nation of the dispossessed. That is not the real story. He dazzles Indian voters not by being one of them. He introduced the lockdowns and the final financial panacea with perfect oracular detachment, and with the superiority of a sermoniser. Maybe, some of us would have preferred the sight of a prime minister, flanked by experts, making his business-like presentation. We were hoping to apply normal rules to someone who believes that he is here to rewrite every rule in the exercise of power, for your good.

Modi’s expanding base shows that the more he looms above them, the more he gains their awe. What they want to hear from the television box is not the matter-of-factness of a policymaker but oracular truth. The box is the temple.

In the backdrop of a pandemic, for some leaders, prophecies are the mark of popularity.