Suketu Mehta: From America with Love and Anger

Suketu Mehta’s new book provides a corrective narrative about the world’s migrants. He tells why the debate around immigration is a contest of storytelling 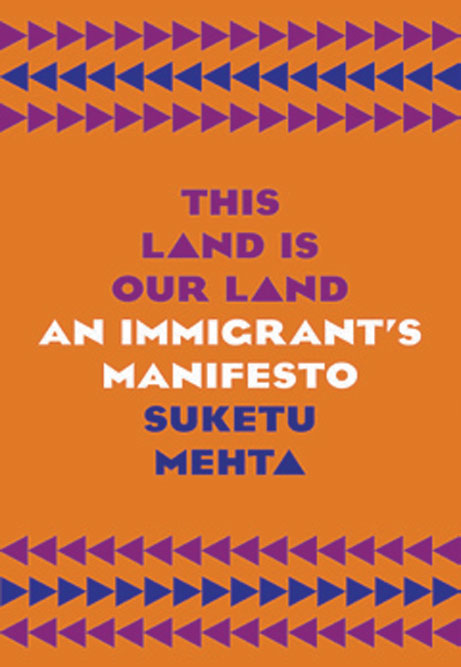 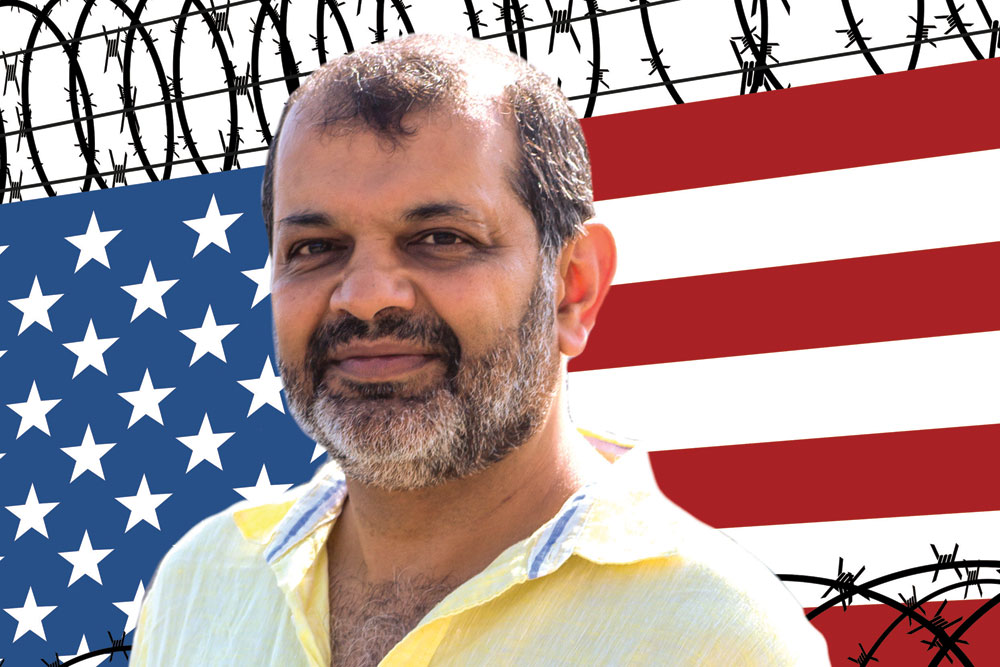 
IN 1977, A 14-year-old Suketu Mehta moved to the US with his parents and two sisters. In Bombay, he left behind his closest friends. To them he would write letters, not of the aching loneliness or isolation he felt at the all-boys’ Catholic high school in Queens, New York. He did not tell them that a bully had christened him ‘Mouse’, and would trip him in the hallways. He did not mention the time when his family found hate painted across their car. Instead, he would share with his friends pages from comic books, which were available in the US, and were coveted back in India. Speaking on the phone from New York, he says, “The stories immigrants send back home is, ‘Look, we’ve gone to America, this is the dream.’ But it is actually not. It is a very emotionally fraught kind of storytelling.” As an immigrant, even a teenage Mehta knew that the stories one shares with those one has left behind, are stories of success, anecdotes of joy, to prove that the move to the new land has, indeed, been a successful one.

The role of stories, those which we tell ourselves, those we recount to our family, and those which politicians tell us, play a pivotal role in Mehta’s most recent book This Land is Our Land: An Immigrant’s Manifesto (Jonathan Cape; Rs599; pages 287). He writes, ‘The first thing that a new migrant sends to his family back home isn’t money; it’s a story.’ It could be about the first snowfall, or the first sight of Brooklyn bridge or the first taste of a hotdog.

But if stories bind, they can also sever. And of late, they’ve been used as tools to create discord and divisions. Mehta writes, ‘Stories have power, much more power than cold numbers. That’s why Trump won the election; that’s why Modi and [Viktor Mihály] Orbán (prime minister of Hungary) and the Philippines’ Rodrigo Duterte won power. A populist is, above all, a gifted storyteller, and the recent elections across the world illustrate the power of populism: a false narrative, a horror story about the other, well told.’

It is these false narratives that Mehta redresses in his book. He says, “The debate around migration is a contest of storytelling.” He believes that all “these populists” —whether it is Trump on television, or Bal Thackeray at Shivaji Park—know how to tell a story, how to build a brand, and they do it adeptly, through lies. The only way those false stories can be fought is “by telling a true story better.” And that is the job of journalists and writers. “Why are all these people demonising writers and journalists,” he asks, “it is because they are truth tellers.”

In 2016, Mehta released an online novella What is Remembered, which detailed an immigrant’s experience of loss and recovery of the self. For many years, since the release of the epic Maximum City: Bombay Lost and Found (2004), Mehta has been working on a biography of New York tentatively titled, City of Second Chance. He put aside that book to write This Land is our Land as a response to the building of walls, the cries of ‘send her back’, and the creation of lists that divide people into ‘citizens’ and ‘infiltrators’. He adds, “I felt I had to write this book now. The US 2020 election will be won or lost on the basis of immigration. It is the single most pressing issue for Americans.” He decided to write this current book as a response to the present worldwide emergency. He adds, “I felt it almost like a calling. I did this because I felt angry. This book was born out of rage. Because of the staggering global hypocrisy built around migration.”

This Land is our Land is an excellent example of crystallised rage. This is not the rage of spit and bluster, that leaves the recipient of it annoyed, but unmoved. Instead it is a rage borne from moral clarity and fostered by the truth. It is a rage that has been harnessed into adamant arguments, and which only the wilfully blind and selectively deaf can choose to ignore. Mehta comes to the issue of migration from personal experience, but through the stories of others, and in-depth research on the topic, he proves that we are all migrants. The fear of immigrants is stoked only by politicians to earn votes, make money, and to vilify the ‘other’.

“Trump calls migrants robbers or rapists, I call them ordinary heroes,” Mehta says. He tells us about families who get to meet only through a hole in the fence at ‘Friendship Park’ (a patch of land on the US-Mexico border between San Diego and Tijuana). There is no possibility for families to hug here, but a mother can put her finger through a fence and her daughter can touch it from the other side. Mothers who have not seen their sons in 17 years, or brothers who have not met in 20, can reach each other only through this ‘pinkie kiss’.

In Tangier’s old town Mehta meets a young man Khalil from Guinea, his wife and their week-old baby boy. The couple had been in Tangier nine months, and were waiting for the baby to be a month old to make the crossing to Spain. An African smuggler promised to get them across, he took their money (€ 2,500), only to disappear. They planned to drug the baby for the boat ride, the only way they knew to keep the baby quiet through the crossing. They realise the journey that awaits them is perilous, possibly lethal. Mehta writes, ‘Khalil wants to go to Europe. No matter the difficulties, he won’t turn back, because, he says, ‘my family needs my aid.’


“I felt I had to write this book now. The US 2020 election will be won or lost on the basis of immigration,” says Suketu Mehta, author

In this book, Mehta underscores that the great animating force of migration is that most human and innate of desires—to do better for one’s family, to provide for one’s children, and to toil towards a future that is brighter than the present.

AN ‘IMMIGRANT’S MANIFESTO’ is an apt title for the book because it is as much an exploration of migration, as it is a proclamation. This Land is Our Land is a public declaration of the belief and aims of all immigrants. It is a manifesto, which in no uncertain terms declares, ‘I claim the right to the United States, for myself and my children and my uncles and cousins, by manifest destiny. This land is your land, this land is our land, it belongs to you and me. It’s our country now. We will not reassure anybody about their racist fears about our deportment; we’re not letting the bastards take it back. It is our America now.’

Mehta stakes a claim to America, as he believes all immigrants can lay ownership to the richer world, because of the past workings of colonialism and the present machinations of capitalism and climate change. Migrants from poorer parts have a right to settle into richer parts, and that right is essentially restitutionary. He opens the book with an incident in the 1980s, when his maternal grandfather was sitting in a park in London. An elderly British man accusingly asked him, ‘Why are you here? Why are you in my country?’ To which his grandfather replied, ‘Because we are the creditors. You took all our wealth, our diamonds. Now we have come to collect.’ For Mehta the restitutionary nature of immigration can be simply explained by—we are here, because you were there. Mehta adds, “The British ran India not as civilising endeavour. But to make England rich.”

While the US can choose to obfuscate and declare that they don’t owe anything to India, since they were a colony themselves, they need to be held accountable for the ruin they are unleashing upon the planet today. While the US military alone is a bigger polluter than 140 countries combined, the “US has walked away from the Paris Accord and will do nothing about climate change,” says Mehta. “Indians are suffering, and will continue to suffer, at enormous rates,” he adds, “because the developed countries, built up their economies, with fossil fuels.” Climate change of today has replaced the colonialism of the last century, as we will continue to see the rich countries get richer, and the poor countries get poorer. Mehta believes that the catastrophic effects of climate change, when entire countries get submerged, will unleash the kind of human migration that history has yet to witness. “You ain’t seen nothing yet, when it comes to movement,” he says, and even over a trans-Atlantic phone line I can hear his assertion in all capitals.

“People who came to the US in the ’60s, they are professionals, they are expected to be really grateful to America for letting them in. My book points out that this country would fall apart without immigration”

It is little surprise that Mehta’s book has been met by a range of reactions. His article in the Washington Post ‘I am an uppity immigrant. Don’t expect me to be ‘grateful,’’ and the book itself which released in the US in June, garnered the expected criticism from expected quarters. He notes how one reviewer on Amazon said he should be ‘skinned alive’ and must return to his ‘turd-world country,’ while someone else tweeted, ‘This cockroach needs sent back to whatever shit hole he crawled out of.’

But for Mehta what is interesting and meaningful is the appreciation he has received from people like him. He says, “I have been getting all these letters from Indian Americans, saying that my book has really made them stop apologising, for moving. People who came here in the ’60s, they are professionals, they are expected to be really grateful to America for letting them in. My book points out that this country would fall apart without immigration.”

Now is not the time for the Indian American community to merely enjoy its economic success, instead they need to contribute to the public sphere, possibly join politics and “claim our place in the country,” he asserts.

According to Mehta, everyone benefits from migration. For the refugees, it might make the difference between life and death. For the recipient country, it will bring young and enterprising migrants who having left home and embarked on an arduous journey will work hard and honestly. The immigrants will send back money to their homes, and the remittances will benefit the countries that they’ve left behind. As Mehta writes, ‘They will make their new countries richer, in all senses of the word. The immigrant armada that is coming to your shores is actually a rescue fleet.’

Mehta might have written This Land is Our Land from anger, but it is ultimately “an angry book with a happy ending”. And the happy ending is that immigration benefits everybody. Mehta adds, “The end of the book is also a renewal of my faith in America.” He loves America because it is one country made up of all other countries. 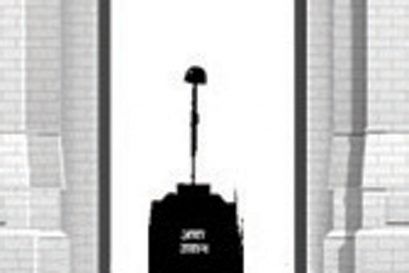 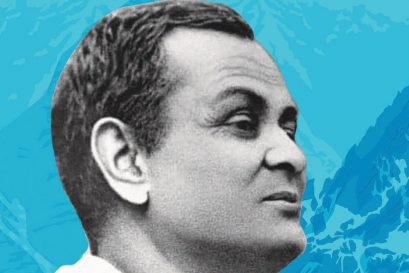 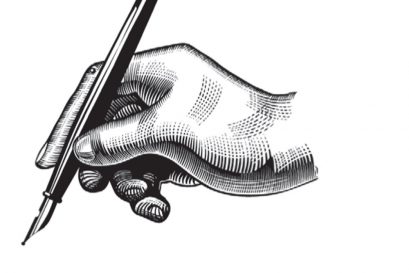 The Secret Sauce of JLF