The three thin red lines that separate the two countries 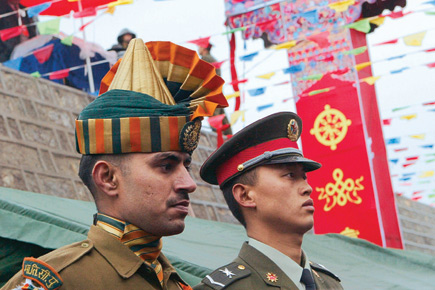 The three thin red lines that separate the two countries


In the light of the recent bouts of low-intensity jousting between India and China along the shared northeastern border, it might be useful to acquaint oneself with the three thin red lines that separate the two countries.

Arunachal Pradesh is the easternmost state of India. East of it is Myanmar. West is Bhutan. And to the north, on the other side of the contentious McMohan Line, is the People’s Republic of China. Though Arunachal Pradesh is administered as an Indian state, the People’s Republic of China (China) and the Republic of China (Taiwan) claim portions of it as South Tibet. Here’s why.
The McMahon Line is a line agreed to by British India and the then-independent Tibet as part of the Simla Accord of 1914. It is named after Sir Henry McMahon, foreign secretary of British India and the chief negotiator of the accord. Though disputed, it is the most widely recognised boundary between China and India.

China’s problem with Lord McMohan’s line is that one of the signatories was Tibet that China regards as its own. India is sitting pretty on tracts of land (notably, the Tawang area) designated ‘Indian’ by the McMohan Line, but that the Chinese still consider Tibetan and thus, theirs.

China, though, recognises another line, the Line of Actual Control (LAC), which includes the ‘so called McMahon line’, but not one known as the ‘Johnson Line’.

In 1865, British surveyor WH Johnson signed a agreement with the Maharaja of Kashmir on a proposed ‘Johnson Line’ that placed Aksai Chin in Kashmir. According to British journalist Neville Maxwell, the British had used as many as 11 different boundary lines in the region, as their claims shifted with the political situation. By 1947, the Johnson Line had become India’s official western boundary. But ground realities were different, and closer to the LAC.

The LAC divides Kashmir into parts under Chinese, Pakistani and Indian control. Aksai Chin is one such region held by China and claimed by India according to the Johnson Line. The most we are likely to get from the Chinese is a tacit agreement of sorts that they will stay on their side of a somewhat ambiguous LAC.