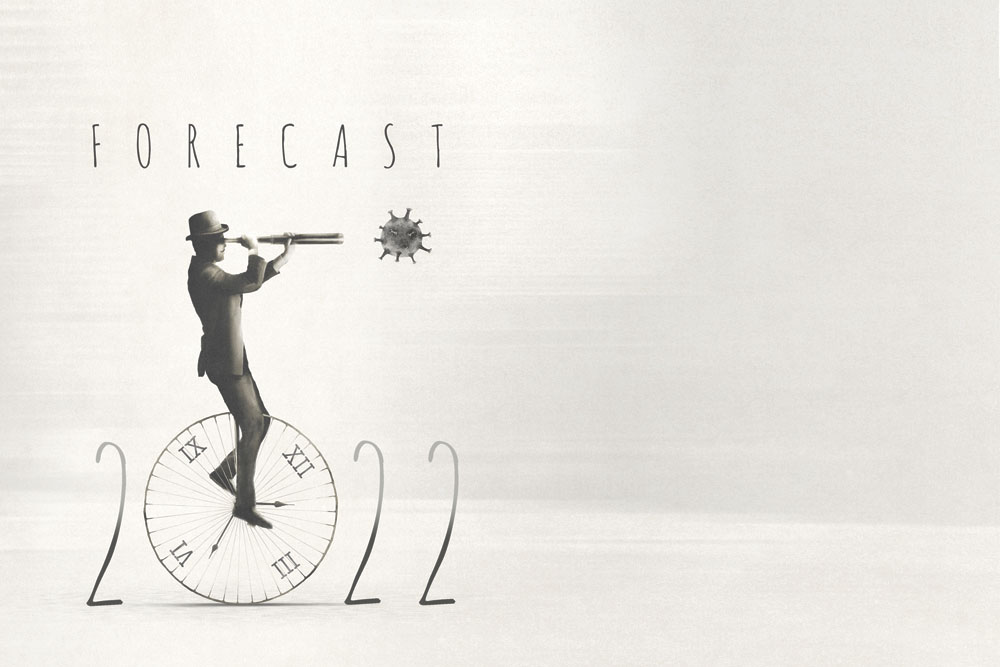 
It’s A Cracked crystal ball. The gazer’s confidence has already been shattered by the mercilessness of the time. Fortune telling is a tough business when the unrevealed powers of nature are more durable than the resolutions we make. We stepped out of 2021 scarred, with a survivor’s sense of life and death. Science and statesmanship could control the ravages of a pandemic, but the beating we took, the loss of lives and jobs we endured, made fatalism a way of life. The passage from the ruins of a cruel year to the dawn of a new one was not made easier by hope; it was too cautious to be reassured by what we see in the cracked crystal ball journalism’s clairvoyants hold this time of the year.

One notable mutation is in the field of pandemics, and we have hardly noticed it. It is not the epidemiology that matters most; it’s the sociology. This viral mutation, from the scientific to the sociological, is a result of our attitudes, our collective behaviour, as we have come to accept the limits of our resistance, the preparedness of the state, and political responses ranging from silliness to statesmanship. The individual has already come to terms with the civic and economic cost of the defence against a pandemic, unless you are otherwise advised by ideology or faith. The countries are still struggling with the notions of right responses, with the definitions of restriction. As fear has given way to caution, most of them have learned the hardest lesson: the answers cannot be harsher than the virus itself. Economic lockdowns shut out other useful behavioural options of a society.

Talking about mutation, here is another one we won’t be able to escape: the political has become the cultural. Or: the political is the cultural. The crack in the ideological space has made this mutation the starkest, and perhaps the most divisive, political trend of our time. The battles are fought not in the marketplace any longer, as if there is nothing more left to be won. Nothing more to be tested or experimented with. Culture is a site of permanent war. The liberal has already lost the argument of moderation, a trait that has defined him historically. The radical liberal, or the so-called progressive, doesn’t fight for political power. What’s at stake is the cultural space, monochromatic and unipolar. The radical liberal doesn’t mine resentment; he creates new resentments and adds suitable adjectives of identity to them. Conformity and consensus define the culture war of the left, and it shows no signs of exhaustion.

The right is focused more on power—and preserving it. What it shares with the left is the cultural arena where its current and future wars will be fought. Whereas the left finds the process of the war itself is power, for the right, it’s a fight to be won in tangible terms—to be in power. It has not abandoned the marketplace; it has just come to realise that economic wars demand ideological compromises. The socialist instincts of the state in an unequal—and yet globalised—world are too strong to be contained by any Hayekian marketeer today. We still see capitalists in desperation turning socialists, what with all the past and coming panacea of ‘stimulus politics’. The culture wars of the right abhor uncertainties, and their invocation of god and the nation has a raw resonance across the base. These wars have the ardency of evangelism and the aesthetics of kitsch—and a terrifying clarity about who’s with us and who’s not. One disillusioned conservative writer calls this hardening of the right “mental brutalism” in which the refinement of a Burke has no place. The wars seek new enemies.

In democracies, the culture warrior on the right is always the strongman, who is back with a vengeance. The politics of the strongman is not dutiful; it’s missionary, legitimised by the size of the mandate. The Elected One has become the Chosen One who, once in power, needs extra-democratic rights to make change permanent. It’s as if the new action heroes in democratic politics have to suppress their democratic instincts to bring justice to the base, still steeped in a million grievances.

The true Eternals are elsewhere—in sham democracies and in pure dictatorships. Their celestial thrones tell a familiar story about leaders larger than the ideology they profess. The strongest of leaders are those who bring the entire institutions of controlled civil societies under their command. They are the last guardians of national honour, and they cannot afford to step aside as enemies are still lurking in the shadows to mar impending glory. The idea of the Ruler for Ever has not ended with the end of revolutions; nor is it incompatible with progress and freedom. The eternal leader emphasises the limits of democracy and highlights the wisdom of the enlightened—freedom is chaos, control is growth. India, among other nations, will be spending much of its diplomatic and strategic resources to remain prepared for one such eternal’s extraterritorial ambitions.

In the end, eternity will be more than a politician’s ambition. It may become applied science fiction, courtesy Big Tech Thinking. Some dreams are bigger and more thrilling than what the worst seeker of eternity in politics can afford.