Author and researcher Dean Spears asserts that India’s air pollution does not merely kill children, it also impacts each generation of survivors 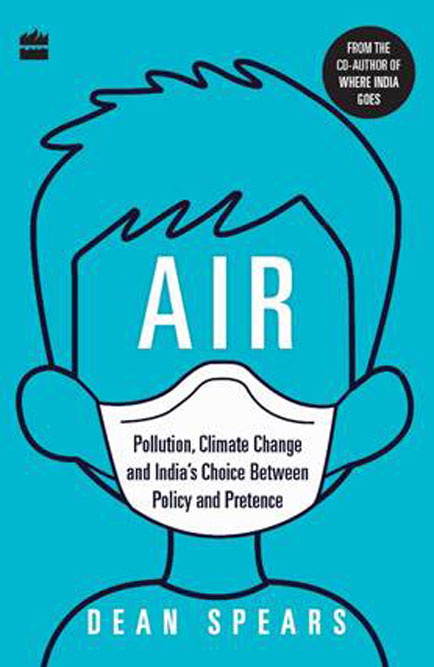 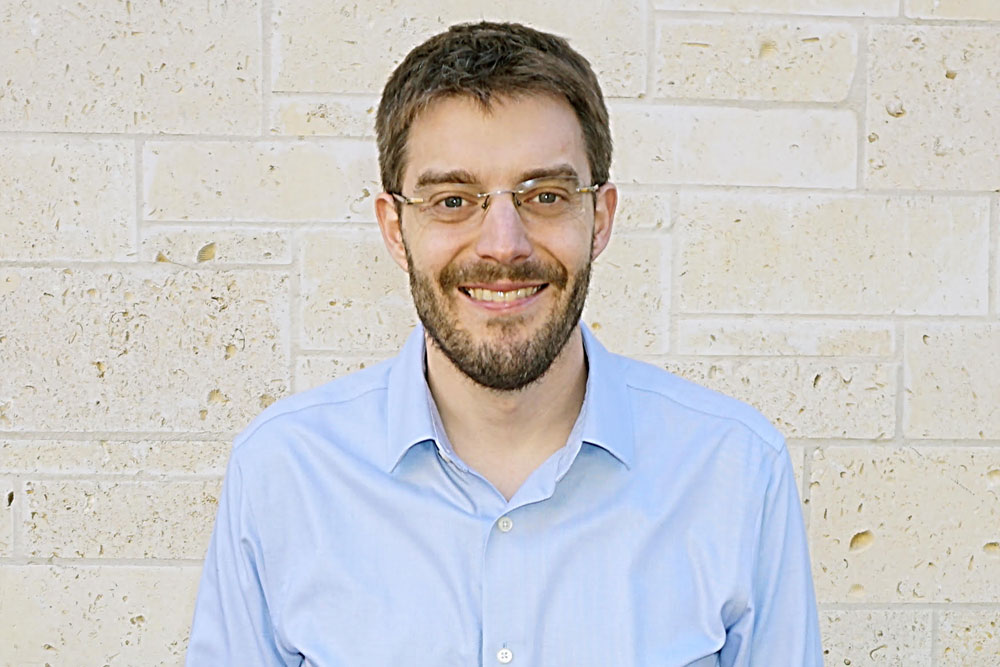 
‘If this book were a murder mystery, by Chapter 5 you would be suspecting you knew the killer (hint: particles in the air). When you do, the plot twists. It is time for another death, and another killer.’

There’s an iota of sarcasm that author Dean Spears emotes midway through the book, Air: Pollution, Climate Change and India’s Choice Between Policy and Pretence (HarperCollins; 272 pages; Rs250). It’s the result of spending extended periods on researching what ails India’s environment. And while the results are startling to say the least, the attitude of the Indian state towards addressing the issue can simply be termed as appalling.

Come winter, the poor quality of air in Delhi makes headlines, almost like an annual affair. Truth is, this disconcerting ‘seasonal’ news is a constant around the year as well, and not restricted just to the national capital.

According to a Greenpeace and AirVisual analysis from March 2018, 22 of the world’s 30 most polluted cities are in India. The top-10 features seven cities from the north of India.

Yet, it’s a subject rarely brought up for discussion, even as the country continues to be dependent on burning coal to generate electricity.

In this interview Spears—who is a visiting researcher at the Indian Statistical Institute in Delhi, and an executive director of r.i.c.e., a research institute for compassionate economics—elucidates the state of the environment in India, the numbers behind his research, the need for a change in policy to address the issue of air pollution and what drove him to write this book.

In a nutshell, what was the trigger for this book and why is it important?

Everybody knows that the air pollution is bad. But how bad is it, really? Is it that much worse than in other places? And does it really matter? I decided to write this book when I realised how many people think air pollution is a mere nuisance: unsightly, but ultimately acceptable. In fact, north India’s air pollution is much worse than other places. And, contrary to what the newspapers emphasise, it is not just Delhi. Air pollution does not care about political boundaries on a map. If Uttar Pradesh and Bihar formed their own country, then it would have a population larger than every country besides China, the US, and the rest of India. That fictional country’s average particle pollution would be by far the world’s worst. All throughout north India children are being born into a toxic environment. Because most of those children live in villages and small towns, rather than cities, that is where most of the damage is done.

Why did you choose Kanpur in Uttar Pradesh as the base for your field research? What was the most bizarre incident that you experienced during your time there?

My focus on Kanpur happened by accident. For several years I’ve centered my fieldwork on Uttar Pradesh, especially Sitapur. There were two coal plants near there, and I visited both of them. The other one exploded (unfortunately killing people in the explosion), so that left the one in Kanpur for me to follow the people who live near it over time. I was a bit embarrassed when, by the time I got around to writing the book, Kanpur was publicised as number one for air pollution — but in reality that label is silly because there simply is not the quality of data, and there simply are not enough pollution monitors to really tell the difference among the top few cities.

The most striking incident in Kanpur was — after everything, after all of the evidence on the consequences of particle pollution, after all of the media attention to pollution — to see the expansion of the coal plant. Everybody wants to celebrate a solar plant here and there, but coal plants continue to be built in very polluted places. I almost said coal plants continue to “pop up” but that would be wrong, because it makes it out like it is nobody’s decision — when in fact it is a political decision.

How do you assess the mortality rate in India due to air pollution over the last decade, especially when it comes to infants?

One of the tragedies of health policy in India is how little effort governments of both parties have put into monitoring and understanding infant deaths. Other countries have vital registration systems, where every death is recorded. India does not: it has a state-level sample registration system, and infrequent demographic surveys. These datasets simply are not statistically big enough to learn about effects of air pollution on infant mortality. The tragedy becomes farce when government ministers, as (former Minister of State for Environment, Forest and Climate Change) Anil Dave did, say that there is no urgency to do anything about the pollution because statisticians cannot link it to infant death — that is true not because pollution is not deadly, but because India’s political leaders have not chosen to record infant deaths! But it is clear from other countries that do have vital registration systems that exposure to air pollution at such high levels can be fatal for children. Moreover, the health data that are collected in India in samples large enough to be used for this purpose — such as on child height — show that India’s air pollution does not merely kill children, it also has lasting consequences for each generation of survivors.

Does India have adequate tools to collect data in order to analyse air pollution? Or is it that they exist but are not utilised very well?

Some of my coauthors in the research behind the book are engineering professors who have dedicated their careers to understanding the tools and instrumentation needed to understand air pollution. The science is out there. But the government has vastly underinvested in monitors and other machines to measure, track and understand the pollution. Kanpur has just one, and Uttar Pradesh overall does not have very many. In other countries, such as Brazil, where pollution is not nearly as bad, there are many more air pollution monitors relative to the size of the population. The tools exist, and they are not that expensive relative to damage done by the problem — the question is whether policy-makers want the information and want the public to have it, too.

Coal produces more than 3/4th of India’s electricity. How does the burning of coal affect the environment?

Coal is harmful in two ways. First, it creates emissions that turn into particle pollution, which harms health today. Then, it also releases greenhouse gases that contribute to global warming. India will soon be home to a population that is deeply vulnerable to climate change. India did not cause global warming, and it is the first responsibility of more developed countries to cut their emissions. But it turns out to be in India’s own interest to phase out coal now — not because of climate change, which India alone cannot stop, but because of the terrible effects of particle pollution on India’s children today, and on the future workforce who they will become.

The economists’ word “incentives” makes it sound like energy in India is a free and open market, but in fact much of electricity generation and distribution is controlled by the state. The Indian state is choosing to burn coal and invest in coal power generation capacity — including in Kanpur. That is a political decision. Another political decision would be to invest in clean energy, such as solar and wind power. There are several famous solar power plants, and other less-famous ones. But overall what matters is the numbers. Token solar power plants generate good press, but they are not going to solve the problem — especially if even more coal plants are being built at the same time.

How do you assess the balance between development and environmental conservation? Can they coexist?

They must coexist. The reason is that that the most important dimension of development is human development: the health, education, and human capital of the population and its children. Today’s babies will grow up to be tomorrow’s workers, leaders, teachers and parents. Over the past few decades, scientists have learned that what happens to babies and children today, endures in their bodies. Exposure to disease, malnutrition, poor sanitation — or, yes, to particle pollution — causes children not to grow as healthily as they could. They do not reach their physical potential, their cognitive potential, or their longevity potential. Economic development is something that the population produces, generation after generation, and that process happens, in part, by replacing one generation of bodies with another that is healthier, smarter, stronger, and better educated — and then repeating the process. In India, air pollution is one of the environmental hazards that is keeping that process from working as well as it could. That is why the economics is clear: air pollution is a drain on the economy — a negative environmental externality, in economists’ language — and protecting children from air pollution is as much an urgent economic priority as it is an environmental one. 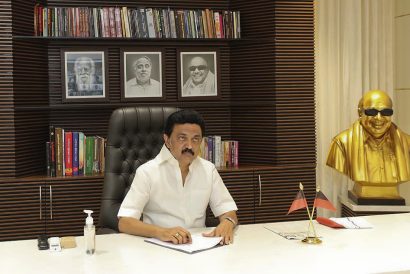 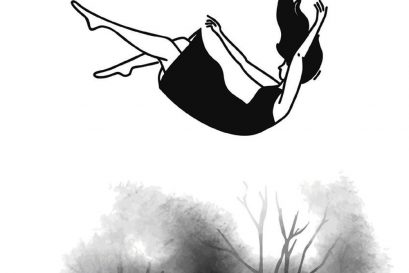 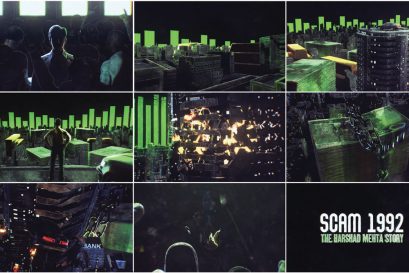