Paraphilia is the new normal. But can you ever really love a pervert? 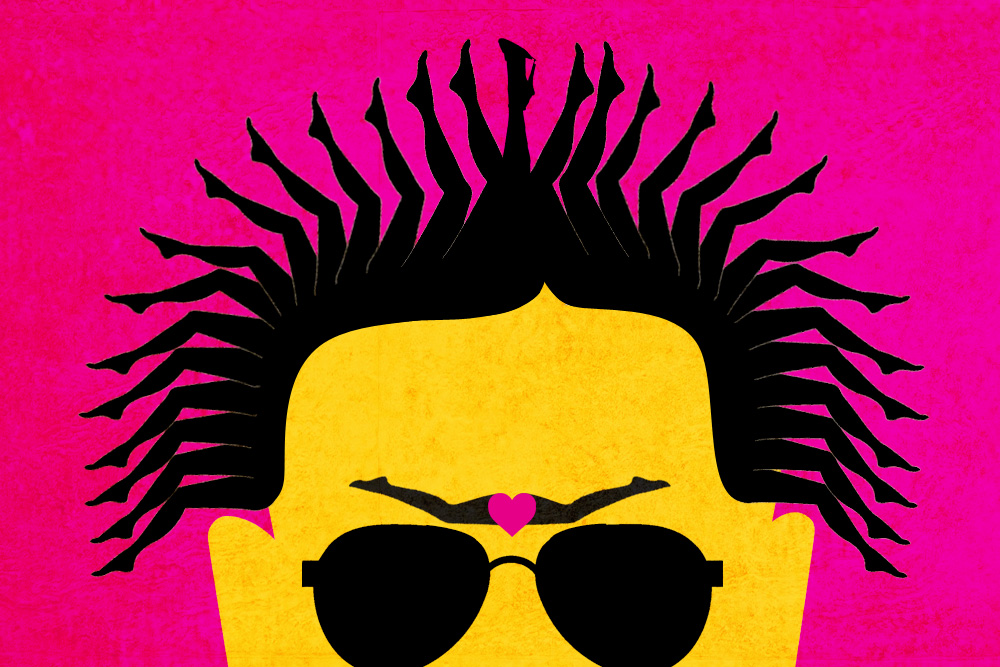 She had been waiting for him her whole life. It was a blind date gone right like never before. He opened the car door, kissed her fingertips, took her out for dinner to Claridges and arranged to have a private moment by the hotel pool. Sitting side by side, their feet dangling in the warm water, he showered her with tender words and then asked her to marry him. Well, why not? They were perfect together… he could feel it in his bones. Come on, say yes! And she did.

Over the next two months, theirs became the most talked-about romance. WhatsApp groups gushed over the carrot cake he baked for her. Facebook statuses declared that he was the hottest NRI doctor in town. And every girl at every girls-night-out shed bitter tears because their lovers weren’t nearly as perfect. “She’s so lucky,” they all sighed collectively.

I was waiting to meet Miss Lucky. Wedding planning now took up all her free time and we hadn’t spoken since the impromptu engagement had taken place. Suddenly, a pile of books were slammed onto the table in front of me. “Yes, that’s right. He wants me to bite his bum,” growled Miss Lucky. I hurriedly put down my cappuccino. “No no, don’t feel sorry for me. I asked for this. Look at these books,” she paused to pick up three titles—‘Perv: The Sexual Deviant in All of Us’, ‘Confessions of a Tinderella’ and ‘The Book of Everything’. “They all mention the signs of a pervert. I saw the signs! But I ignored them. And now I’m supposed to marry the freak in two days.” I didn’t know what to say. Just when you thought you’d dated them all, here come the bum-biters.

That night Miss Lucky decided to put aside her personal prejudices. Love was all about giving selflessly, right? So what’s a little ass munching between soulmates? Maybe he wasn’t a pervert, maybe he genuinely enjoyed the hickies on his hiney. Anyways he loved her. And that’s all that mattered. She had been waiting for him her whole life. With these reassurances in mind, Miss Lucky sprayed copious amounts of Chanel No 5 all over Mister Lucky’s bottom. Then she closed her eyes and leaned in. It’s a plum, you’re chewing on an overripe plum, she kept telling herself as she sunk her teeth into his fleshy posterior. A few strands of hair tickled her nose and she quickly altered her inner pep talk—It’s a prickly pear, it’s a prickly pear on a grassy meadow. Then, just as she was getting used to the sensation of matted hair and shingly skin on her tongue, she smelled something that was unlike anything Coco Chanel had ever concocted. It certainly wasn’t No 5’s jasmine and musk. It was more spaghetti carbonara, post-digestion.

“It’s the bloody humiliation of it all,” she spat out later the same night. Bacardi Eristoff Gold had sufficiently dulled her senses over the last two hours. She could no longer remember the scent of her ex-fiancé’s dinner. But she hadn’t been able to blank out her wrath. “You know what it is… perversion! I’m sure my dad never asked my mom to do this. The whole experience of biting his bum made me feel so inferior… and helpless. It’s the same feeling you get when a guy throws you over his shoulder and dances around at a pool party. But he couldn’t do that to me, so he settled on farting in my face. All men are perverts these days. How are we supposed to love them,” bawled Miss Lucky.

I couldn’t sleep that night. Was she right? Was it really impossible to love a pervert? How many times had my friends and I dumped perfectly good guys because they wanted to watch animal porn or got off to licking our feet and ear canals? And men with such fancies can be found everywhere these days—on dating apps, marriage websites, blind dates, parties, school playgrounds. Last week, a group of psychologists at the University of Quebec published a new study in The Journal of Sex Research that found sexual deviants to be much more common than previously assumed. Nearly half of any given population has been statistically proven to enjoy or having enjoyed paraphilia such as fetishism, frotteurism, masochism and voyeurism. The researchers also argued that since paraphiliac behaviours are now a standard of modern society, they should be considered normal; a preference rather than a problem. So if every second man is indeed a fan of sexual perversions, were all our love lives doomed to failure?

I’ve been hanging out with my own Mister Lucky of late. At first, there was no sign of any fetish. And I was ever so relieved that his smartphone wallpaper did not feature a rhino’s boner. But instead of putting me at peace, the normality of the sex only fed my cynicism. I was convinced that his silence on the subject meant some terrible, unspeakable request was about to come my way soon. One day I couldn’t take it anymore. “What is wrong with you? You can’t be completely kinkless. Everybody has some bizarre sexual desire. Please, tell me yours,” I begged over the phone. He was silent at first and then, “I don’t mind a threesome… or how about public sex, maybe on an airplane.” I sighed and let out the breath I hadn’t even known I was holding. Strangely enough, these fantasies I could live with, perhaps even enjoy.