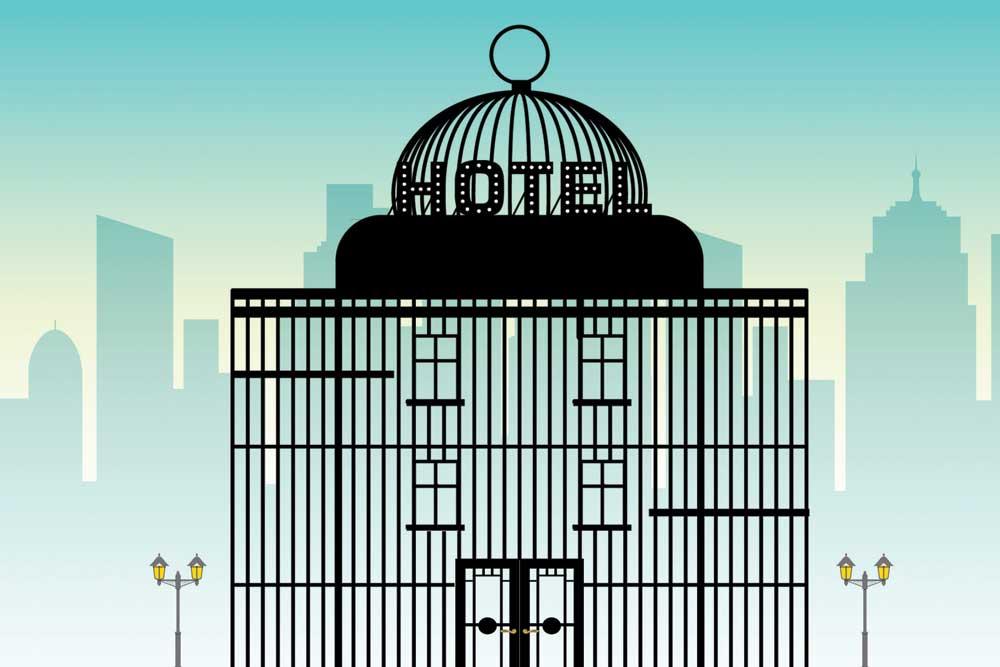 THE RENAISSANCE MUMBAI Convention Centre Hotel is a white stately five-star with a USP boasting a location on the banks of the Powai lake, the main water body of Mumbai. It belongs to the Marriott chain and anyone who goes to their website can book a room for a little over Rs 8,000. It is not season time given the monsoon, and rooms are available. For everyone except DK Shivakumar, that is. He is a Congress leader and minister from Karnataka and had a booking early this week. And then suddenly he received an email from the hotel saying that it had been cancelled. Their notice leaked to the media said: ‘As per our conversation we wish to inform you that we have reservation in the name of DK Shivakumar:REZ775665D2. Due to some emergency in the hotel we need to cancel the reservation. No charges will be applicable’. The reason given— ‘some emergency’—was disingenuous. No one is in any doubt as to what it is.

It is in Renaissance that the key to the next government in Karnataka is lying in wait. Rebel MLAs of the Congress and JD (S), the coalition government in the state, are now being housed there, sequestered because the BJP, which is almost certain to get to power using them, wants no temptation or threat thrown their way. And DK Shivakumar’s intention to book a room in the Renaissance was precisely that. He is a powerful character in Karnataka politics, a sort of enforcer for the party. To round up a few puny MLAs back into the stables is not an impossible order for someone like him. But to do that contact has to be made and there the hotel put a spoke in the wheels. That the BJP chose a hotel in Mumbai to keep the rebel MLAs is also unsurprising. They rule Maharashtra and no hotel management in their right mind is going to disobey an order to not allow someone like Shivakumar to get close to the MLAs. Essentially a five-star hotel has through the curious turns of Indian politics become a prison or fort, depending on the point of view of the MLA in the room inside. It protects him till he casts his vote in the Assembly and at the same time also prevents him from further auctioning his vote and moving to another resort of another party.

Lest you feel sorry for Shivakumar, note that it was just a year ago, that the shoe was exactly on the other foot. Soon after the Karnataka state election results, he had been the one herding MLAs into resorts after the governor invited BJP leader BS Yedyurappa to prove his majority. As a Mint article at the time noted, ‘When it became clear that the BJP will need legislators from the Congress or Janata Dal (Secular), or JD(S), to cross-vote or abstain from Saturday’s confidence vote, Shivakumar bussed the legislators to Eagleton Golf Resort in Bidadi, where they were kept under watch till the House assembled. None of them switched, leading to Yeddyurappa resigning without facing the vote.’ And a year before that when Ahmed Patel was in a desperate struggle to keep Gujarat Congress MLAs together to vote for him in the Rajya Sabha election, it was Shivakumar who flew more than 40 MLAs from Gujarat to a resort in Karnataka and Patel won in one of those rare occasions in recent times that the Congress outmanoeuvred the BJP.

Though south India, especially Karnataka, holds the crown when it comes to placing the hotel resort at the centre of government formation, it seems to be the north that first got off the block. One of the earliest instances was in 1982 in Haryana when all the elements of the political thriller that leads up to the phenomenon were present: an unclear majority for any party and partisan governors or speakers. In this case it was the Congress under Indira Gandhi trying its best to ensure that Lok Dal leader Devi Lal’s stake to government formation would be blocked. He had a chunk of MLAs of his own, outside support plus a breakaway block from the Congress. And yet the Haryana governor at the time, GD Tapase, was trying to sabotage his claim as the Congress tried to win MLAs over. An India Today report of the time tells us how Devi Lal handled it: ‘Within hours of receiving the go-ahead in the sweepstakes from Tapase, Devi Lal’s son Om Prakash, aided by Akali Dal leader and former Punjab Chief Minister Parkash Singh Badal, had succeeded in shepherding most of the coalition’s MLAs into the swank Hotel Shivalik at Parwanoo in Himachal Pradesh, right across the border from Kalka. Designating himself the ‘independent- in-chief’, Lachhman Singh strutted around the holiday resort, supervising the hideaway’s creature comforts. It was all very hush-hush, a scenario Mario Puzo could base his next novel on. As a big group of colourful Nihang Sikhs and a contingent of other Badal-assigned guards, armed to the teeth with swords and guns, kept intruders away and the precious legislators inside the hotel, Devi Lal frantically tried to rope in more men on his side.’

Since then the resort has been a mainstay of Indian politics when the verdict is not loud and clear. In 1983, the very next year after Devi Lal, Ramakrishna Hegde did a repeat. He formed the first non-Congress government in Karnataka by getting outside support from the BJP, the communists and independents and kept MLAs secure in a resort. The year after that, in 1984, the Congress did a resort coup on NT Rama Rao in Andhra Pradesh, hosting his Telugu Desam Party MLAs until they voted against him. In the 1990s, the resort was central to governments being formed by different parties in Gujarat, Uttar Pradesh, Andhra Pradesh. The new millennium began with Bihar seeing Nitish Kumar losing his trust vote after he couldn’t get through to Opposition MLAs who were ensconced in a resort. Two year later, Maharashtra Congress MLAs were kept in a resort till Vilasrao Deshmukh asserted his majority. In recent times, after the demise of J Jayalalithaa, during the struggle for AIADMK’s reins, the resort was in vogue.

It would be easy to think that resort politics is a modern dilution of the politics of conviction which legislators don’t have anymore. But that wouldn’t be true. Except for blink-and- miss moments in history, politics is about ideology and not power. The MLA who seeks to play both sides is merely looking to optimise his own power. The party’s response is to imprison and temper his greed and fear until his vote is no longer needed. As with everything else, the practice gets a free hand because political institutions easily twist the law and the judiciary is reluctant to act with speed and decisiveness. There have been a number of Supreme Court judgments which spell out the process but it is circumvented with abandon whenever a party sees the possibility of power. Meanwhile, there is the enormous expenditure involved in putting people up indefinitely in five- stars which leads to corruption and ultimately becomes a bill passed on by varying degrees to the taxpayer.