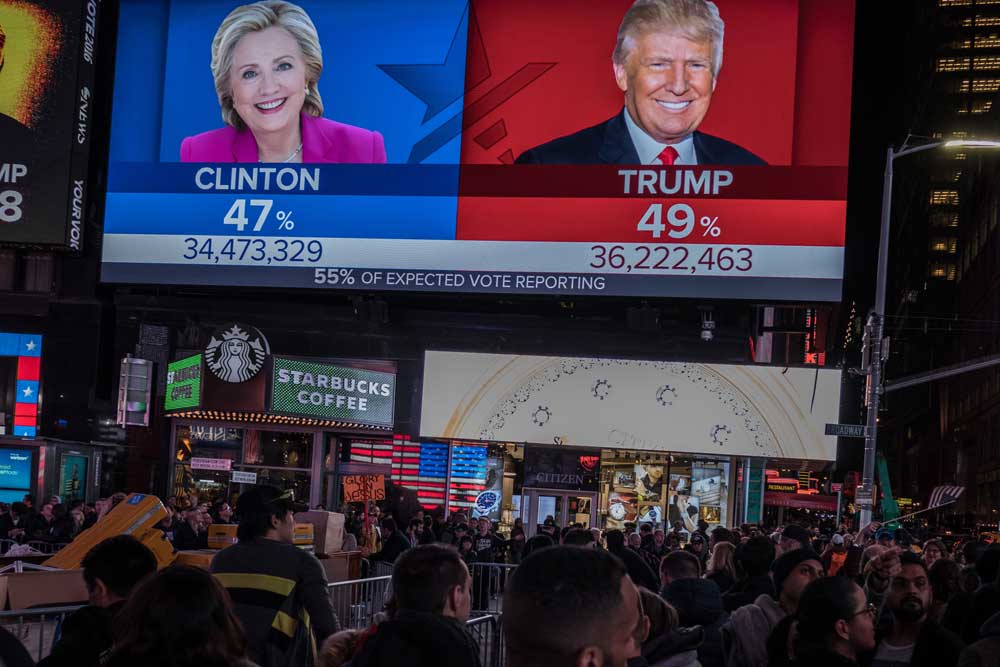 DONALD TRUMP’S UNPREDICTABLE victory has taken a toll on many things. His rival, Hillary Clinton, the favourite to win the US election, has lost. So have a host of other people who predicted a win for her—pollsters, pundits, statisticians and others who rooted for Clinton. But there is another bunch of people, tucked away from sight, whose reputations have also taken a hit: political scientists.

One may wonder how this—rather low-key group of people—has joined the list of losers. Unlike the past, journalists have become increasingly reliant on political scientists for understanding ‘big’ elections and events. The latter, in turn, make ample use of theoretical models and data to figure political change. In the US, the favourite model to understand presidential elections—all the way from initial forays by prospective candidates to their nomination and finally the results—was forged by four young political scientists. Formally described in a book titled The Party Decides, their argument was simple: it is the party—Democratic or Republican—that selects a candidate and then nudges the electorate to pick its nominee. That it is finally the entire electorate which decides the fate of a candidate, however, is often forgotten at the time of the selection.

Trump’s win has turned the model on its head. Not only did the tycoon defy his party and simply seize the nomination, but proved almost everyone—who had any say in predicting an outcome—wrong. How this happened will be a topic of many scholarly studies ahead.

Here, two points are worth noting. One, Political Science has joined the ranks of Economics in its inability to predict an event where there’s plenty of data available for analysis and understanding what’s going on. Something similar struck economists in 2008 when an economic crisis hit the world. No one had an answer because their pet theory was that markets correct themselves and seldom fail. Two, this is not the first time such a failure has occurred. In 1964, when another ‘insurgent’ candidate Barry Goldwater managed to seize the Republican nomination in the teeth of his party’s opposition, many models went bust. So it is, again.

The trouble with Political Science is that it is unable to make sense of right-wing phenomena in general and their electoral aspects in particular. Trump will remain a reminder of that failure.