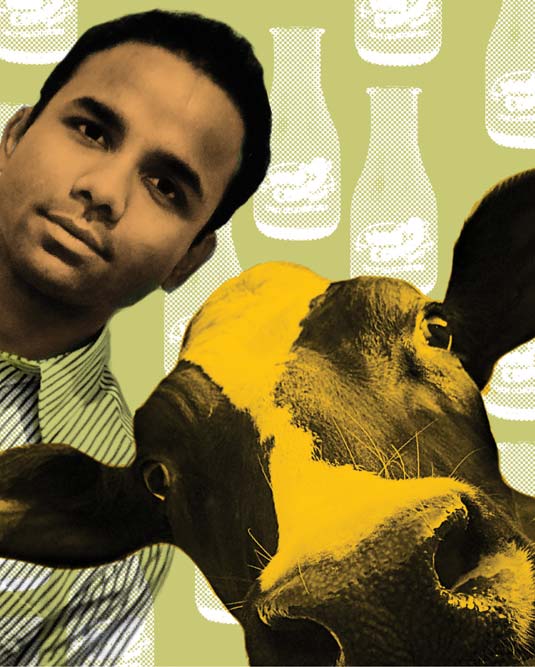 PARASHAR KULKARNI apologises for the frequent interruptions. He must put the phone on hold as he accepts the steady stream of congratulations. He is at Calabash, a biennial event in Jamaica known as much for its offering of sun and sand as its impressive literary line-up. The assistant professor of Political Science at Yale-NUS College, Singapore (with a PhD from the Department of Politics at New York University) has reason to celebrate. He is the first Indian author to win the Commonwealth short story prize, beating almost 4,000 entries to claim the £5,000 award for his story ‘Cow and Company’. Man Booker Prize winner Marlon James presented the award to him. His story had earlier been declared the winning entry from the Asia region.

Talking about his foray into writing, the 34-year-old says, “I have been writing for many years. Six years ago, I began using fiction therapeutically because archival research can be quite lonely. I was trying to find an emotional way to connect with my work.

The smart and tightly spun narrative is part of a novella, A Dog and a Table. Parashar explains that having spent time in New York City, he was always surprised at people’s fascination and obsession with their pets. Kulkarni, with deadpan wit, says, “I met a dog psychologist who told me about a dog that tried to jump out of the window. I’m not interested in dogs killing themselves. Animal rights is not my concern.” In the novella, one dog tells another dog that if it wants to look at rights, it should look at the cows in India. And that segues into ‘Cow and Company’.

Set in India of the early 1900s, the story is delightful for its deftness of touch and lightly worn wit. The story unfolds almost entirely in dialogue with minimal descriptions. It opens with an office manager of a company looking for a cow. But ‘despite her many manifestations—cow milk, cow curd, cow butter, cow leather, cow dung, cow paintings, cow murals, cow sculptures, a cow temple, shops named after cows, conversations around cows, a cow cart without a cow… the animal in its whole earthly form was not to be seen.’

The story’s merit lies in its dexterous use of voices. Dialogue has been crucial to Kulkarni over the years. Growing up in Mumbai, he had friends and relatives in cinema and he did odd jobs for them. Later he continued with his passion in New York. He has worked in various departments of cinema— from art design to being a sound engineer to a gaffer. Immersed in the world of cinema, he says, “I think of myself as someone more interested in the visual. I am not that interested in prose itself.” This interest and immersion translates into a text that is dialogue driven rather than merely descriptive.

While the story makes for an entertaining read, it was born from Kulkarni’s academic interests in the period spanning 1850-1900 in India. In academia, he believes one is restricted to the “mean focus”; only fiction allows one to address what is in the margins.

Popular Marathi writer PL Deshpande has been a strong influence on Kulkarni, especially in the way he creates his characters. For Kulkarni, Deshpande’s story Mhais is especially meaningful since it has a “democratic element, where all the characters play a role”. Appreciating stories where there is no obvious protagonist, Kulkarni employs the same trope in his fiction.

With the award under his belt and a novella in the offing, Kulkarni can enjoy one more sunset in Jamaica. And then it is back to classes in Singapore for the professor-writer.