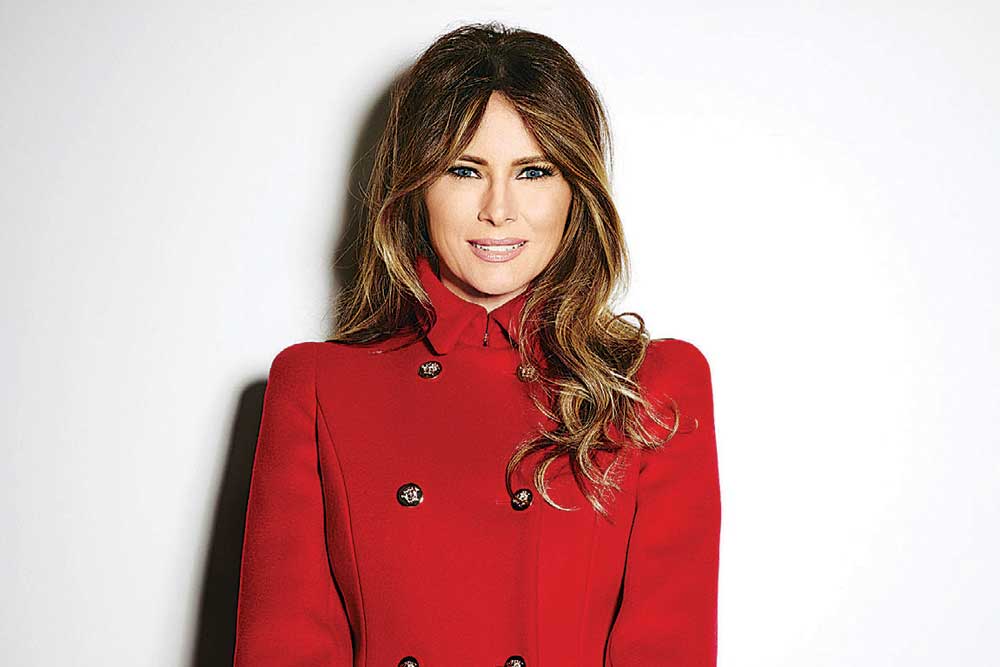 IN 1993, WHEN Hillary Clinton strode in as First Lady into the White House with President Bill Clinton in tow, everyone was clear that this was a partnership of political equals. Melania Trump is certainly not in the same mould. Even her consent to Trump contesting was given with reservation. In an interview to GQ, one of the rare ones that she gave, she spoke of telling him to go ahead only if he was sure about it because it would change their lives. When the campaign became vicious with tapes of lewd talk and allegations against him of sexual advances, Melania again gave one of her rare TV interviews to defend him. “If anyone is feeling sorry for me, don’t,” she told journalist Anderson Cooper in her halting accented style, a combative moment signalling that she might be a model who married a billionaire and president-aspirant but she was no suffering trophy wife.

Will Melania be a Jacqueline Onassis, who was apolitical but as John Kennedy’s First lady left an imprint of class on the White House that is even remembered today? Or a Michelle Obama who by dint of her personality matched her husband’s popularity even while restricting herself to the First Lady’s traditional role of a social and cultural icon? If her own record is any indication, Melania will keep a low profile but the only course not open to her is to remain invisible—the First Lady’s position is also a public office.

If her own record is any indication, Melania will keep a low profile but the only course not open to her is to remain invisible

The new queen of the United States has been a citizen of the country for just 10 years and only after her marriage. Born in Slovenia in 1970, Communist Yugoslavia then, she is technically a migrant. That Trump got his initial political momentum by railing against migrants is an irony, but like many contradictions about his election, it did not matter. She started modelling in her native country, then in the fashion capitals of Milan and Paris before moving to New York. A Washington Post profile speaks of her always being a ‘homebody’. It quoted fashion photographer Antoine Verglas who was working with both Melania and Carla Bruni, wife of the French President Nicolas Sarkozy: ‘He described the two models, who are about the same age and both married into presidential politics, as very different. Gregarious Bruni dated one famous man after another, including Mick Jagger and Eric Clapton…but Melania stayed away from “the scene”, hung out in her modest apartment and had “no history of boyfriends” in New York, Verglas said. “And that was very unusual in our business.”’ Trump, 24 years older, met her at a party, developed an instant liking and started courting even though she initially refused to give him her telephone number. Her personality is antithetical to his. She is introverted, he is gregarious. He is bombastic, she is measured with an innate stability. He draws energy in the public eye, she stays out of it.

We will see a lot of Donald Trump in the next four years and probably very little of her. Maybe opposites do attract, a reason why their marriage is so successful.