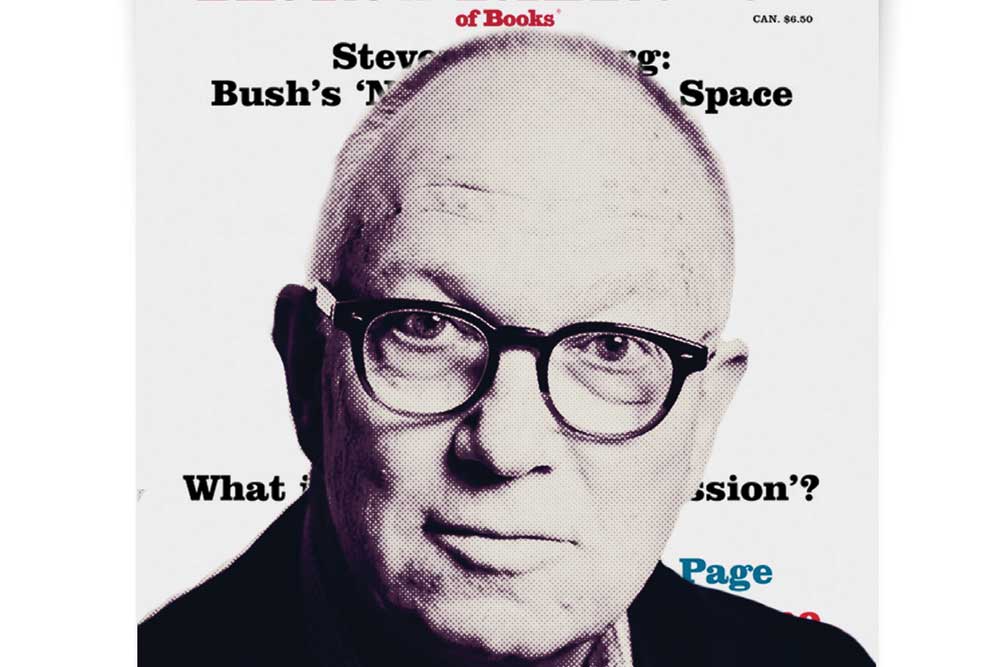 IN 2010, WHEN THE US-BASED Foreign Policy magazine included writer Ian Buruma in its list of Top 100 Global Thinkers, they had written: ‘Many liberals these days seem at pains to establish their bona fides as tough-minded hawks when it comes to global threats, but the Dutch man of letters has made a career out of affirming the classic liberalism of the open-door variety. His writing in recent years has attracted the ire of critics who think he equivocates on the dangers of radical Islam, but Ian Buruma made his response this year with a typically judicious and politically relevant book, Taming the Gods, that reflects on the Western capacity for religious pluralism. According to Buruma, Western society is robust enough to embrace even illiberal practices, so long as these are not violent. “Living with values that one does not share,” he wrote in a recent column on France’s burqa ban, “is a price to be paid for living in a pluralist society”.’ In 2017, he became the editor of The New York Review of Books (NYRB), a publication that has the ears of the thinkers of the world. The ‘open- door variety’ of liberalism that Buruma espoused has now made him the latest victim of the #MeToo movement, which began last October when the actress and singer Alyssa Milano exhorted the use of the hashtag in the wake of sexual assault allegations against Hollywood producer Harvey Weinstein. Buruma however has no sexual harassment accusations against him. The reason for his ouster is simply what in a different era would be the fundamental duty of a liberal—to ensure that all voices are free to be heard and all ideas debated.

As editor, he oversaw a package on the #MeToo movement titled The Fall of Men. One of its essays was by Jian Ghomeshi, a radio host fired by Canadian Broadcasting Corp on multiple allegations of sexual harassment. He had been acquitted of criminal charges and also settled outside court with some of his accusers. His essay titled ‘Reflections from a Hashtag’ was self-exploratory and partly confessional: ‘The fear is easy to explain: your whole future hangs in the balance. But you’re furious, too, at being made fearful by everyone who’s trying to bring you down. You’re confounded at how tales of your alleged behavior from years past are now used as a sledgehammer to destroy the career you’ve built and determine the way you will forever be seen. Even if your lips are speaking words of contrition, your mind is a ferment of petty, selfish fury.’

But on social media, the essay was seen as a defence of his actions and NYRB as a platform that allowed it. Buruma was swept in the tide. What probably decided his eviction was an interview in Slate in which he seemed unapologetic about running it. He said, “The reason I was interested in publishing it is precisely to help people think this sort of thing through. I am not talking about people who broke the law [or] about rapists. I am talking about people who behaved badly sexually, abusing their power in one way or another, and then the question is how should that be sanctioned. Something like rape is a crime, and we know what happens in the case of crimes. There are trials and if you are held to be guilty or convicted and so on, there are rules about that. What is much murkier is when people are not found to have broken the law but have misbehaved in other ways nonetheless. How do you deal with such cases?”

That a publication seen globally as a beacon of liberalism summarily punishes the initiation of a debate shows the crisis in liberalism today. It seems to mirror the very forces of intolerance that it seeks to supplant. If all discussion is forbidden, then what remains are the same echoes.