The Emotion in Fashion

Beyond the pretty photos, the hyper reality, the airbrushed perfection of fashion glossies 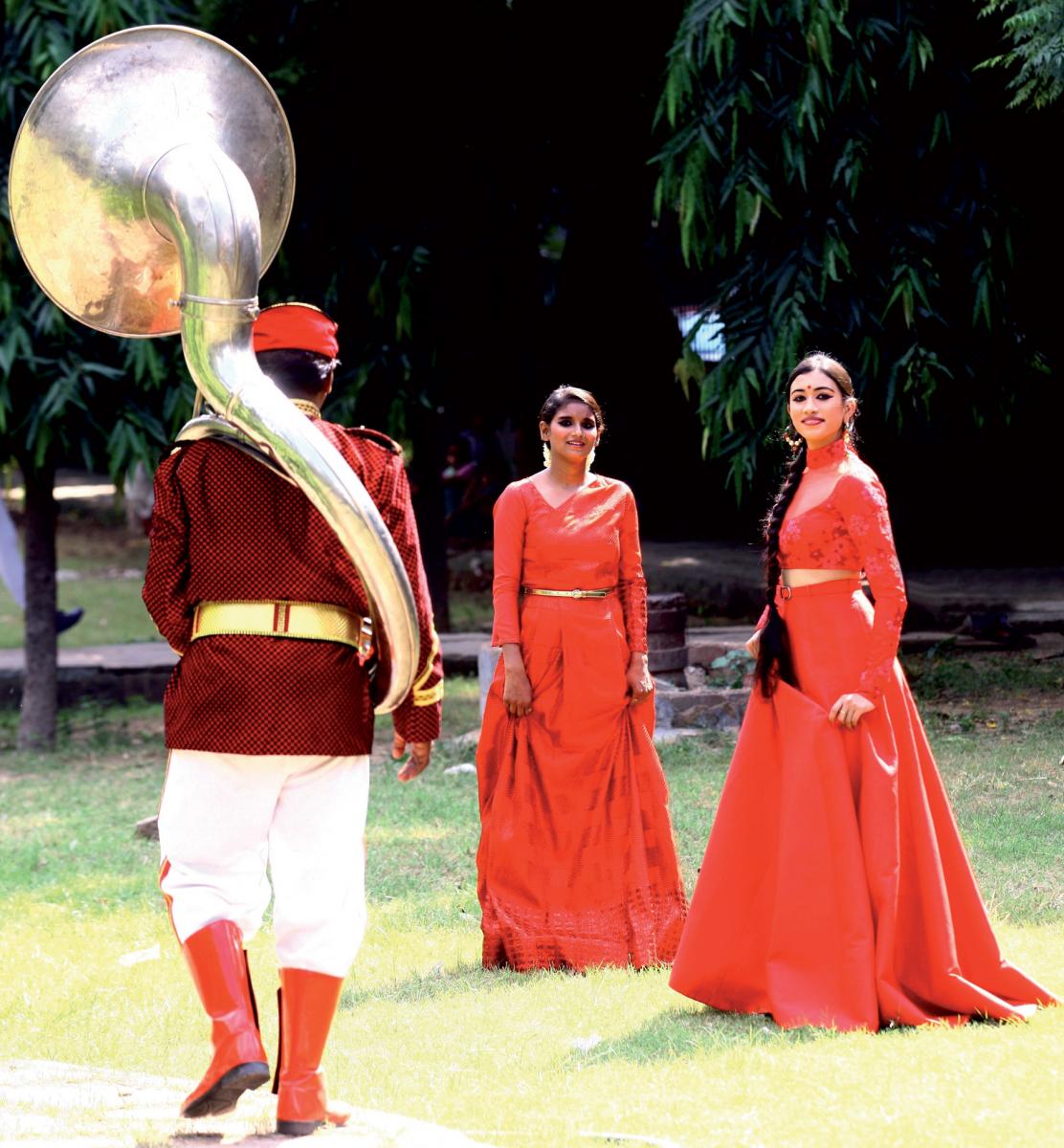 Beyond the pretty photos, the hyper reality, the airbrushed perfection of fashion glossies


Beyond the pretty photos, the hyper reality, the airbrushed perfection of fashion glossies

A model clad in a burqa-sari walks down a smoke-filled runway, with the Faiz nazm Dasht-e-tanhai, sung by Farida Khanum, playing in the background. It's an enduring image. It was designer Arjun Saluja's interpretation of the story of Dimple, the eunuch, from Jeet Thayil's Narcopolis. Saluja, who owns the label Rishta, had done his version of the burqa-sari. It grew out of an emotion–his experience of androgyny. "Dimple's story made me feel lonely," he said. How does one use betrayal as inspiration? How does one show loneliness in pieces of a garment? "Live the emotion through the piece," the designer offers.

Angoori is the 'unsentimental bride' in an Abraham & Thakore red brocade jacket from their New Bride collection of last year, which was inspired by women anchored in their beliefs, who don't see marriage as the defining point of their lives. Angoori was married at 15 because her mother, who works as domestic help, knew slums were unsafe spaces for women. She talks about marriage as a routine affair, something that had to be done. She is now done with it. Aamna, her mother, wanted her daughter to be a bride once again.

A dancer who lives in Chennai, Shreyasi Gopinath (right) is seen in a bridal lehenga that took Ngairangbam Sailex, a designer from Manipur, five years to make. To the maker, this ensemble represents a modern bride. For both designers, this was their first attempt at bridal wear.

Painter Baaraan Ijlal in a Deepika Govind sari. Bangalore-based designer Deepika Govind had gone for a family wedding in Tamil Nadu four years ago. The check saris she saw her aunts and grandaunts wearing took her on a nostalgia tour. "It reminded me of my grandmothers. They would wear checks and stripes, with cotton lace blouses and chintz prints." That era is memorable. When I did this collection, I remembered my grandmothers," says Deepika.

Painter Mithu Sen in a Kallol Datta kaftan. Kallol Datta's kaftan was inspired by his traveller grandfather, who worked in the UN. Kallol found the lungis and kaftans after his grandfather passed away and the family was going over his stuff. The kaftan was from Senegal.

"Unless you pass through here, you will never reach beyond," says designer Arjun Saluja on how his collection Aik–which drew inspiration from the shrine of Hazrat Nizamuddin Auliya in Delhi–came about. He simply says "something happened" while he was there. During his struggle years in Delhi, actor Nawazuddin Siddiqui has spent time in Nizamuddin, and says he is able to intuit what this costume (the one he is wearing) is about. "I saw how people were sitting, and I connected. He talks about a feeling of peace, a spiritual aura (the words he uses are 'sukoon' and 'ruhani'

Muslin was his first dog. "I used to plan work around him. He used to watch movies with me. When I went away, I got separation anxiety." Muslin passed away in November 2012. For three days, designer Anand Bhushan  sat in hospital. He was depressed, and on mood stabilisers. He didn't want to see colour. It all translated into a collection on mourning. "I needed to do a collection to get closure," he says.