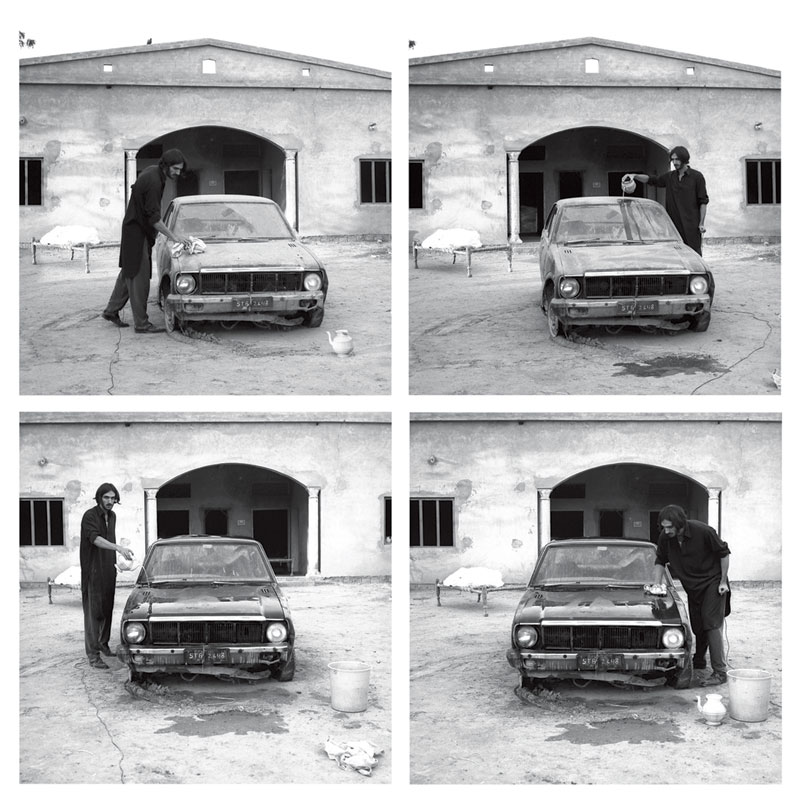 
KARL OHIRI: AN ARTEFACT FROM NIGERIA

All that is left of my granddad’s memory is a photograph and the car he once owned. When I was younger and went home to my granddad’s village, I saw an old battered car, more a rusty shell as all of its interiors were missing and the wheels gone. I wondered why the people in the village had not got rid of it. When I asked who it belonged to, they told me it was my granddad’s car.

With the last photograph of my granddad slowly fading, I decided to try and preserve the last artefact that represents his existence. The act of bringing the car’s remains to the UK and merging my ancestral past with my present life in London is an exploration of the importance of personal history, belonging and migration.

I was always fascinated by the car that would pick me up from the airport every time I returned to Pakistan. It would take me through the city of Lahore to my village, Qilasattarshah. It was my granddad’s car, and although he never drove it, it was always driven in his name, Syed Zamir Hussain. The car became synonymous with family. I have seen it age and my sentimentality towards it has grown with time. Sitting in the front or back, squashed against my aunts, with cousins on my lap, laughing; broken down by the side of the road, driving past cops that have signalled the vehicle to pull over; sitting in silence as the conversation in a language I hardly understand evaded me. When I decided to bring it to the UK, I realised that the car had begun to symbolise more than a sum of its parts.

The photographers’ goal is to park the two cars side-by-side in the UK, where they were born, but it has been an unpredictable journey. Both cars still await shipment, held up for reasons that reflect the politics and cultures of the countries they remain in. Ohiri’s car stands in the Port of Owerri at the mercy of corrupt officials and Hasan’s must go through a bewildering court case in Pakistan in order to be legitimately shipped to the UK. Their journey continues