If It’s Size That Matters

Thirty dwarves in Assam dream big with their theatre group 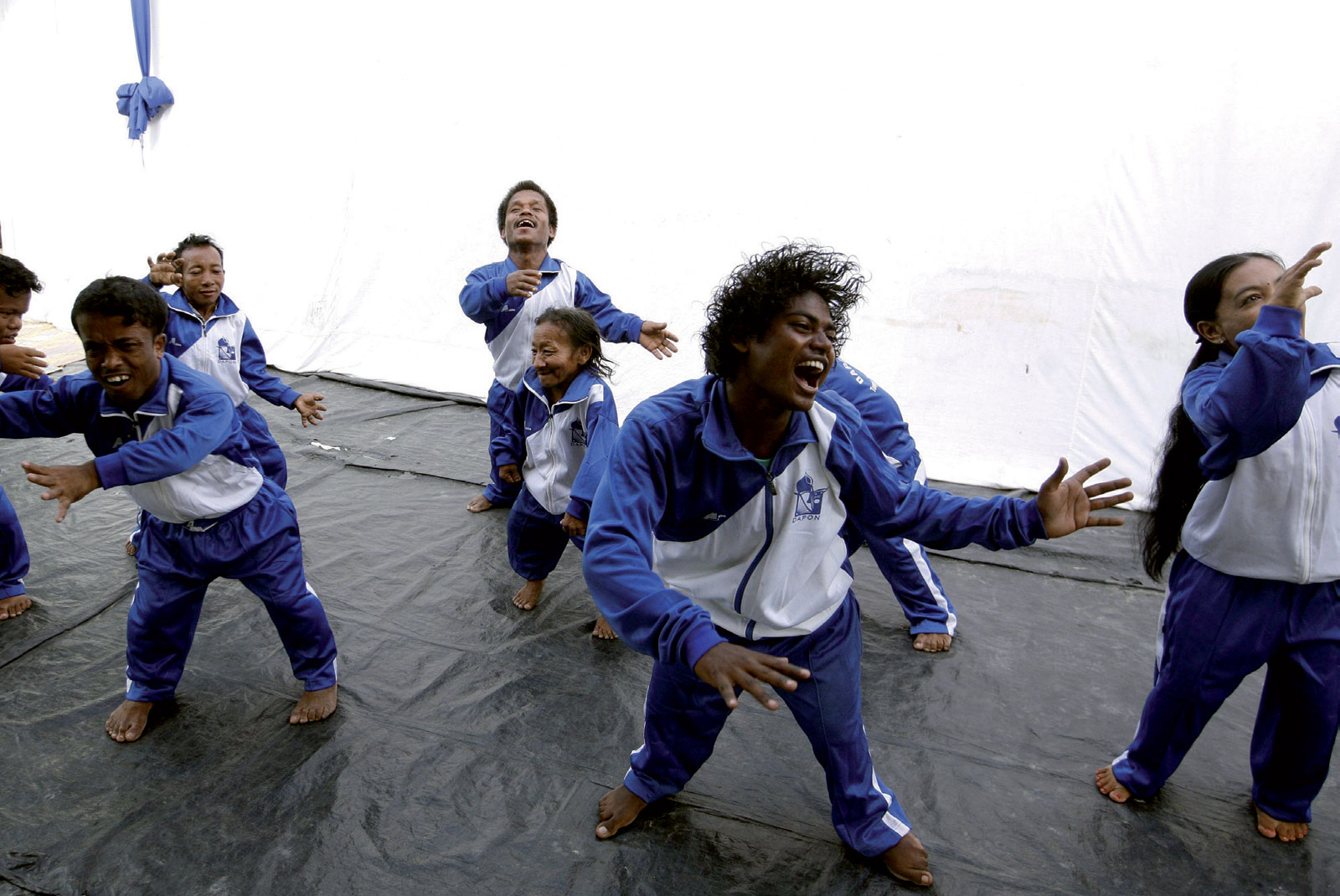 Thirty dwarves in Assam dream big with their theatre group


In Tangla, Assam, there is an unusual house. It is the home of 30 dwarves, who’ve come together to form an all-dwarves theatre group called Dapon (meaning ‘mirror’ in Assamese).

In 2008, Pabitra Rabha, a graduate of the National School of Drama in New Delhi, gave up a well-paying career in cinema in order to make life more meaningful for other dwarves like him. An actor, who has featured in films like Tango Charlie and Mukhbir among others, he trained his new recruits in puppetry and mask making. Apart from food, clothes and boarding (in Rabha’s ancestral house), the artistes are also paid Rs 200 per day so that their daily income is not affected. Rabha bears all the expenses himself from money that he makes off theatre workshops. All the actors need do is rehearse every day under his watchful eyes. “As I grew up, I noticed these people are victims of negligence and humiliation. It’s unfortunate that they feel shy even to come out of their home, in spite of being equally talented as [taller] people,” he says.

So far Dapon has done about 16 shows in Assam and Delhi. It faces a constant shortage of funds and life is tough, but Pabitra believes that change is around the corner.

Dapon is also joining hearts. Tora and Nayan met here during rehearsals and found love, something they didn’t dream of earlier. “I never thought I would get married. Who would love someone like me? Nayan told me that we also have a life. So I could not say ‘no’ to him,” Tora says.