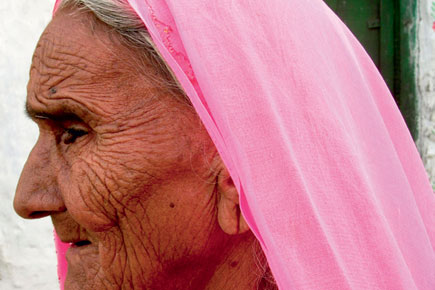 All you have to do is ask and 80-year old Galkoma will sing this parody of Mahatma Gandhi’s favourite bhajan quite cheerfully. The origins of her version of the song goes back two decades, when the fight for transparency in government began in Rajasthan. Galkoma belongs to a group of non-literate women who took part in that movement led by Aruna Roy. It was a fight that finally led to India getting its Right to Information Act in 2005.

Galkoma’s heavily wrinkled face is testimony to an active life. In the 1970s, Barefoot College, started by Bunker Roy, wanted to start women’s groups in the villages of Rajasthan’s  Tilonia district. During the process, they approached Galkoma, a non-literate but active member of her village. She eventually became the leader of her village’s women’s group, which met regularly to discuss government schemes and problems associated with them. Galkoma subsequently became an active leader of the whole district. By the time the RTI movement started, the women’s groups of Tilonia’s villages were a strong bunch. “A lot of us never received full payment of wages and wanted to know where the hard-earned money was,” says Galkoma, explaining why she became part of the movement.

Women formed the RTI movement’s backbone. Activist Nikhil Dey points out that while women’s participation in day-to-day activities of the andolan was less, they always turned out in huge numbers for dharnas. Galkoma was the storyteller of the group. Her stories linked the daily lives of labourers with their right to information. Her stories also explored the complex relationship between people and the State using the analogy of a husband and wife. “People came from so many villages. We had to have different ways to sustain their mood without boredom and frustration setting in,” says Dey.  Her stories soon found a committed audience. Given their family responsibilities, women took turns to be present in the dharna to keep the numbers consistent. On days when Galkoma was absent, there were queries from onlookers and even members of the bureaucracy about her whereabouts.

Age has not deterred Galkoma’s enthusiasm for work. Despite her poor vision, she is still active in her village and continues to regale everyone with stories. She now has a new audience in the children of her village. She is, not unsurprisingly, their favourite grandma.