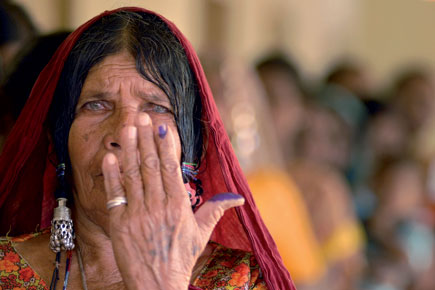 
Come election day, proud voters will step out of polling booths keen to show off their index finger, marked with the black ink of democracy. What they probably won’t know is that the ink used to mark balloters comes from a factory close to them in Mysore. The Karnataka government- owned Mysore Paints and Varnish exclusively manufactures indelible ink used in all elections held in this country.

To meet demand for the 2014 General Election and the simultaneous Assembly polls in three states this April-May, it will produce nearly 2.3 million bottles of ink, in accordance with an order placed by the Election Commission (EC). Each bottle contains 10 ml of indelible ink. “The contents of the bottle or the chemical formula used in its manufacture is a State secret. Otherwise, people will start making efforts to wipe the ink away and subvert the democratic process,’’ says Hara Kumar, managing director, marketing, of the company.

The firm’s Mysore unit is the only facility in the country that makes and supplies indelible ink for every civic body, assembly or parliamentary election in the country. With the country adding millions of first-time voters to the electoral rolls every election, and with turnouts going up, the demand for this ink has been rising voluminously. Five years ago, the unit dispatched 1.9 million bottles to the EC. In 2014, the demand is up by almost 20 per cent. “Around 70 per cent of the total order has already been transported to various state capitals while the rest is being manufactured using a single shift,” says Kumar.

In the last financial year, the company’s turnover was Rs 18.92 crore with a net profit of Rs 2.29 crore; 50-70 per cent of its total sales can be attributed to indelible ink. Moreover, the company earns foreign exchange too. It exports indelible ink to 28 countries in Asia and Africa, including Turkey, Bhutan, Malaysia, Nepal, South Africa, Nigeria, Ghana, Papua New- Guinea and Canada. It also supplies voters’ ink to the United Nations.

This company was started by the Mysore Royal family in 1937 and was once called Mysore Lac and Paint Works Ltd. At the time, the company also made special paints for application on war tanks. It was in 1962 that the company was granted an exclusive licence to manufacture and supply indelible ink to the EC by the National Research Development Corporation, Delhi.

“Indelible ink was used for the first time in the 1962 election. From then on, all the voters who have exercised their franchise in India have been marked with indelible ink manufactured by our company,’’ says Kumar. In 1989, the firm’s name was changed to Mysore Paints and Varnish Ltd, as the firm had stopped making lac.

Kumar says that over the years, the company has changed the composition of the ink to address complaints that it can be easily rubbed off. “Technically, once applied it will stay bright for more than ten days and start fading only afterward. There is no chance that a person can rub it off immediately and go to another booth to cast a second vote,’’ he says. A teacher who has done election duty reveals that during training they were instructed by EC officials to use the ink as a blotch instead of a thin line on the index finger’s nail and skin—to prevent malpractice.

Regardless of what Kumar or the teacher say, booth-level political workers admit that the ink can indeed be erased. Assorted cleaning agents may be used for the job: anything from toothpaste, hand sanitisers, nail polish removers to dish washing liquids and alcohol. And if those don’t work all that well, there are several YouTube videos that demonstrate how to unmark your finger. 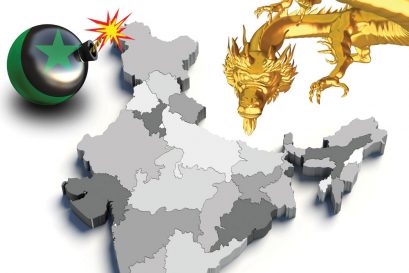 The Curse of Geography