A New Currency in Karnataka

As a solution to soiled notes and coin-shortage, one district is using laminated paper as currency 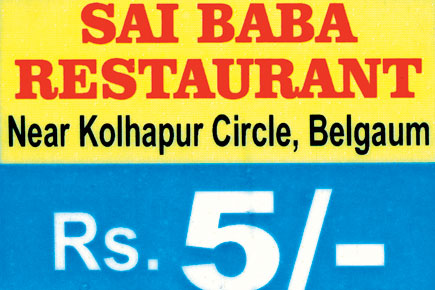 As a solution to soiled notes and coin-shortage, one district is using laminated paper as currency

A new type of currency is gaining ground in Karnataka’s Belgaum district. Issued by various shops, restaurants and other establishments, each note measures about an inch by two inches, is printed on laminated paper and available in denominations of mostly Rs 5 or less. Instead of offering them change, such establishments issue their patrons tokens marked with a rupee amount and the name of the establishment issuing it. Customers can then use these tokens on a subsequent visit to the shop.

According to various patrons and establishments that deal in these tokens, this system of informal currency exchange began because of an acute shortage of coins and the poor condition of Rs 5 and Rs 10 notes. It is believed to have started about six months ago when shopkeepers in the district’s Chokkodi town, fed up with customers refusing to accept soiled five rupee notes, started issuing such tokens. The phenomenon has since spread rapidly across the district, including the city.

“Earlier, customers would get irked when, instead of coughing up the change, we offered chocolates or toffees worth that amount,” one hotel cashier explains. “Now, they are happy to pocket these tokens, since they know they can use them instead of money when they deal with us later.”

While most establishments offer tokens of Rs 5 or less, some are thinking of introducing Rs 10 tokens as well. Belgaum hotelier RK Chowgule says, “We are now thinking of printing tokens of Rs 10 denomination, as the ones circulating in this region are in bad condition. It’s been years, in fact, since we saw new Rs 5 and Rs 10 coins. Banks too have stopped circulating them,” he says.

“I have so many tokens in my pocket at any given time,’’ says local Damodar Pavate, who uses tokens at the neighbourhood paan shop, grocery store, bar and restaurants. Since the tokens are exchanged locally and each of them bears the name of the establishment it was issued by, traders say there is no fear of duplication. “Only those from out of town do not accept these tokens,” says Chowgule.