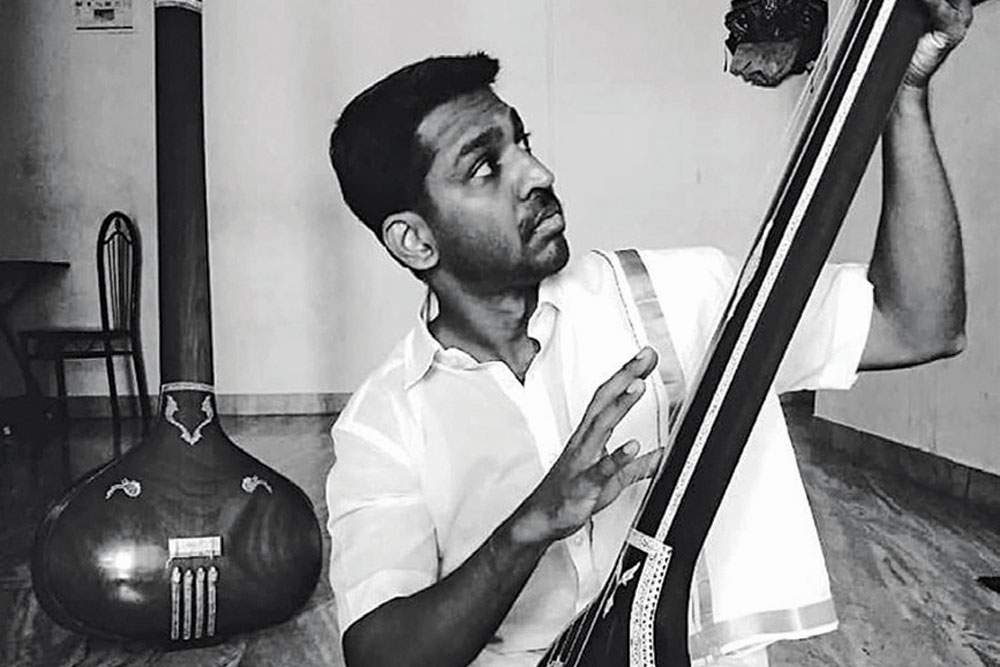 His mastery of rhythm often reminds one of the iconic vocalist MD Ramanathan. His renditions are touching and ingenious. Ramprasad swears by tradition, yet he has tried to make music popular. He told Open in an interview he incorporates mathematical tools while organising concerts and compiling song lists. Ramprasad, who enjoys a huge fan following, is a PhD in economics from the University of Georgia. A Harvard alumnus, he is the grandson of mridangam maestro Palghat Mani Iyer and son of ace violinist TR Rajaram. He began performing at the age of eight and was catapulted into the top league when he performed at the Madras Music Academy in 2000. He is also a tireless teacher, holding music classes at the Palghat Mani Iyer School of Music and abroad.