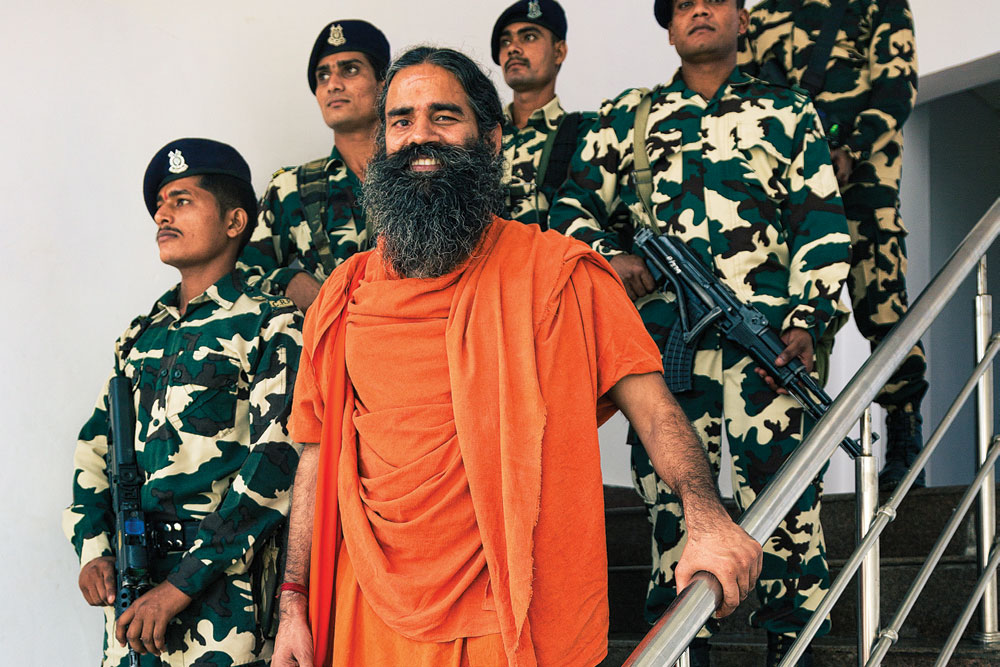 Those who followed Baba Ramdev in the mid-2000s, as his massive yoga retreats began to be telecast on television, would remember the casual manner in which he spoke against multinational products. Only he himself could have known that this was a precursor to building an astonishingly successful consumer goods brand on a plank of ‘Indianism’. No one has so successfully challenged ultra-efficient companies like Hindustan Unilever as Ramdev has done with his Patanjali products. Starting with Ayurveda, he was soon making soaps, biscuits and even instant noodles. And the distribution and sales channel was readymade in the vast number of his yoga followers. Simultaneously, once again based on his identity as a spiritual guru, Ramdev was also building political connections, one more prerequisite in India to be successful in business. India has seen more godmen than anyone can count, but Ramdev is unique in melding spirituality with a true business empire.