I Eat, Therefore I Am

With the hedonist at the high table, many are putting their money where the mouth is 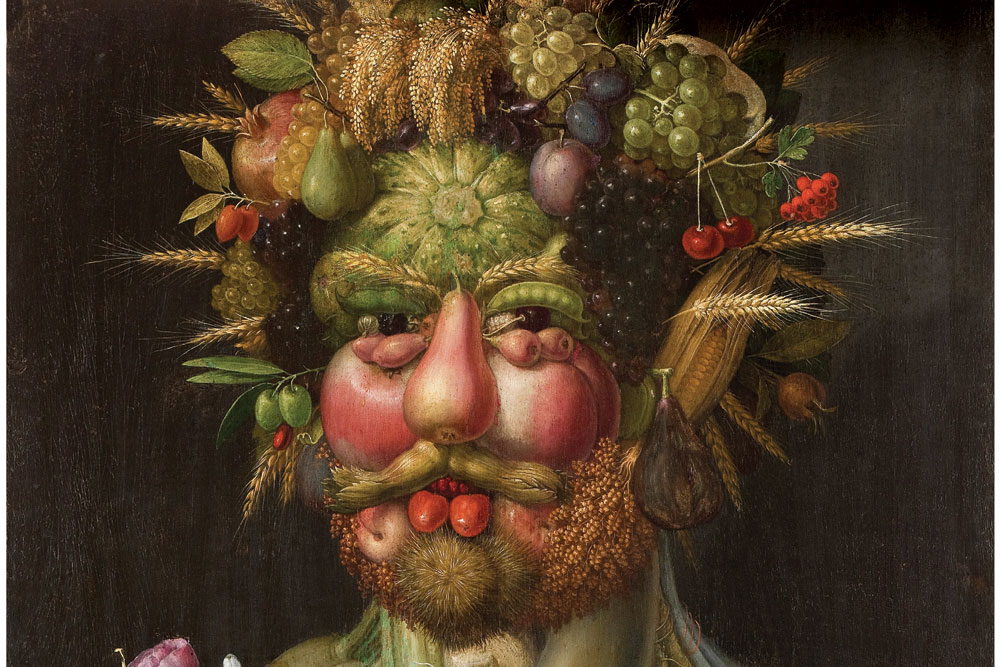 How often have you heard a friend or an acquaintance say in a self- deprecating tone, ‘I am a foodie’? Each time your eye alights on a TripAdvisor or a Zomato review of a restaurant or a new café or an Instagram photo, each time you read a blog with a recipe from someone’s mother’s kitchen, rest assured, it is by a foodie. For this anniversary edition, I was asked to think about what had changed in the food space in India over the past decade. The most obvious one is the birth of the foodie.

Since the early 1980s, when Gael Greene used the term, foodie has morphed from a descriptor of a gustatory pleasure seeker with the time and money to invest in strange cooking methods, niche coffee roasting techniques, tracking down obscure ingredients and flying to exotic places to sample grand feasts, to a self- defining, self-complimentary accolade for anyone who likes food and eats out a lot. The very term ‘foodie’ smacks of a global tribe and evokes a picture of many squiggles on a blank canvas to indicate a huge crowd.

You could point out that we’ve always had foodies— the kings who wrote cookbooks, the Mughals like Aurangzeb who wanted to poach his eldest son’s cook, the medieval Ni’matnama Manuscript of the Sultans of Mandu, and the Ain-i-Akbari from Akbar’s kitchen. These examples share one characteristic—they are all from the royalty. But that has changed in the past decade. With eager palates, a new tribe of food lovers has breached the last bastion of the elite. I am referring to fine dining, previously the preserve of the man about town, the ladies who lunch, the select few who knew the waiters and the proprietors by their first names.

Present-day foodies hail from the middle classes, and have stormed the fine-dining space in India. Dare I say, there has been a democratisation of fine dining. As Mita Kapur, the food writer who has closely followed the trends in India, said in response to my question about what was new about India’s food scene in the past decade: “Instagram, Pinterest have taken over and are open playing fields for food and travel bloggers. We hear of Indian chefs making it big on the international scene and we also simultaneously hear about local food from region to region being focussed on, which is the most heartening of all.”

Is the democratisation of fine dining a good thing or a bad thing, asked a friend. It is good in the sense that now, for larger groups than ever before, all barriers have been breached. But bad in the sense that the palate too has been rendered pedestrian, not because foodies don’t have fine palates but because they have been ill-served by things beyond their control. Foodies are exposed to indifferent dishes, ‘curated’ menus, sub-standard rendering.

Good taste, as everyone knows, has to be carefully cultivated. Eat at establishments that find the choicest of vegetables, the tender cuts of meat, that don’t scrimp on ghee and butter, that ensure all greens and fruits are organic and not packed full of fertilisers and unnatural growing agents. Above all, they give the chefs a royal purse and coddle them like one would a genius. Maharaj, that’s what they called old-time cooks, were masters of the art.

Instead, the foodie has to make do with establishments purporting to be fine dining, but in reality are penny pinchers, investors in mass-produce and usually packed with fertilisers and other beastly concoctions designed to make apples and aubergines look picture-perfect but the taste… the horror. Think of what it does to the foodie’s palate to sample such ordinary fare in a fine-dining restaurant. Discernment flies out of the window, while connoisseurship has already fled through a port-key to times past. This is problem number one faced by the Indian foodie—the dismal use of not so fine ingredients in the dishes.

There has been a fightback by the foodie whose concern with the quality of the vegetables and meats and the oil used to cook it has seen a surge in farmers’ markets in larger cities like Delhi, Mumbai, Chennai and Bengaluru. There have been growing concerns about the use of fertilisers and other chemicals in greens and other vegetables. More people are buying organic produce from outlets that cut out the middlemen and try to ensure non- chemical ways of growing vegetables.

A second problem that the Indian foodie faces is the pedestrian way in which foreign cuisines are prepared and served in fine-dining establishments who struggle to balance pricing with profits. We all know that to tutor the palate and make it a discerning one, fine foods need to be consumed. Most new fine-dining restaurants tend to specialise in foreign cuisines. When new restaurants open in a city, they tend to be Italian, fusion or Mexican or some other foreign fare. Not Malayali, Coorgi, Maratha or a regional cuisine from within India. And even when such restaurants open doors, they tend to be geared towards mass dining rather than fine dining. I am thinking of a Sagar Ratna or an Udupi restaurant where your experience resembles standing at a railway platform and chomping down the food as quickly as possible. Absolutely delicious, though.

I THINK THE FOCUS on foreign cuisine is because they know that the Indian foodie cannot be fooled by sub-standard Indian cuisine. We are lucky to grow up eating the most delectable of dishes at home. That’s why Indian food is served in a fusion guise, or avoided altogether.

The second big story of this decade is that scintillating conversations with and between regional Indian cuisines are occurring online, and not in the restaurant spaces. Sailu’s Food, Padhu’s Kitchen, Nisha Madhulika, Archana’s Kitchen, Foodeez Junction, The Wanderer Foodies are some of the websites devoted to sharing recipes from Hyderabad, the Konkan coast, Bengal, Rajasthan and Kashmir. These blogs are created, curated and written by housewives and food enthusiasts who hobnob with the more corporate entities like a Sanjeev Kapoor and the late Tarla Dalal. Whenever you want to try a new recipe for chicken or eggs, or if you have extra yoghurt in the fridge and want to use it in a curry, or if the milk has split and you are clueless on how to use it as paneer (squeeze half a lime in it and strain it in a muslin cloth), you pick up the iPad and check these blogs rather than a cookery book on your shelf. There is more instant access to recipes, and to comments about what has worked and what has not.

These online conversations have produced a wonderful gift, the secret recipe that is no longer a secret. Unlike in the past when recipes were hoarded and seldom shared even within the family, now the online portals and traditional cookbooks are bubbling with revelations from the kitchens of Shah Jahan, Asaf Jahi cuisine, Saraswat food, Benaras ki Rasoi and so on. Businesses like Zarin’s Secrets (Parsi cuisine) showcase the recipes and spice mixes handed down in the owner’s family. Did you know that in many pulao dishes in Shah Jahan’s kitchen, the spice mix contained equal amounts of saffron, cinnamon, cloves and green cardamom ground to a fine powder? I learnt that from Salma Yusuf Husain’s The Mughal Feast, a transcreation of Nuskha-E-Shahjahani.

Which brings us to the third big event in the past decade—the rise of home delivery. As more younger professionals choose to live away from their parental homes, take-outs have become very popular in cities like Delhi, Mumbai, Gurugram, Bengaluru and Hyderabad. A Sassy Begum or an Al-Kauser, or a Biryani by the Kilo operate purely as take-outs. A study conducted in Bengaluru found that chicken biryani, burgers, butter chicken, pizza and hakka noodles are customers’ most preferred orders. North Indian fare tops, but Chinese, Italian, south Indian and ‘healthy food’ are also popular. With a population of over 1.2 billion, India is undeniably one of the biggest consumer markets. Over half of this figure is below 25, and most of the fast- food demand comes from the 18-40-year-old group. Mobile apps have contributed to the popularity of home delivery. Domino’s Pizza claims to deliver over 50,000 pizzas in a day and 15,000 of those orders are made online; Faasos sends out 60,000 orders in a day and all ordered online. FoodPanda, an online food service site, has become an Amazon for these establishments. Here too, there is a shift towards tasty and healthy takeouts. Some takeouts focus on diet-plans such as keto, vegan, subway and so on.

We have much to rejoice about in the food space. More openness in food appreciation, more emphasis on high-quality living and less willingness to make do with substandard fare.