Workings of the Heart 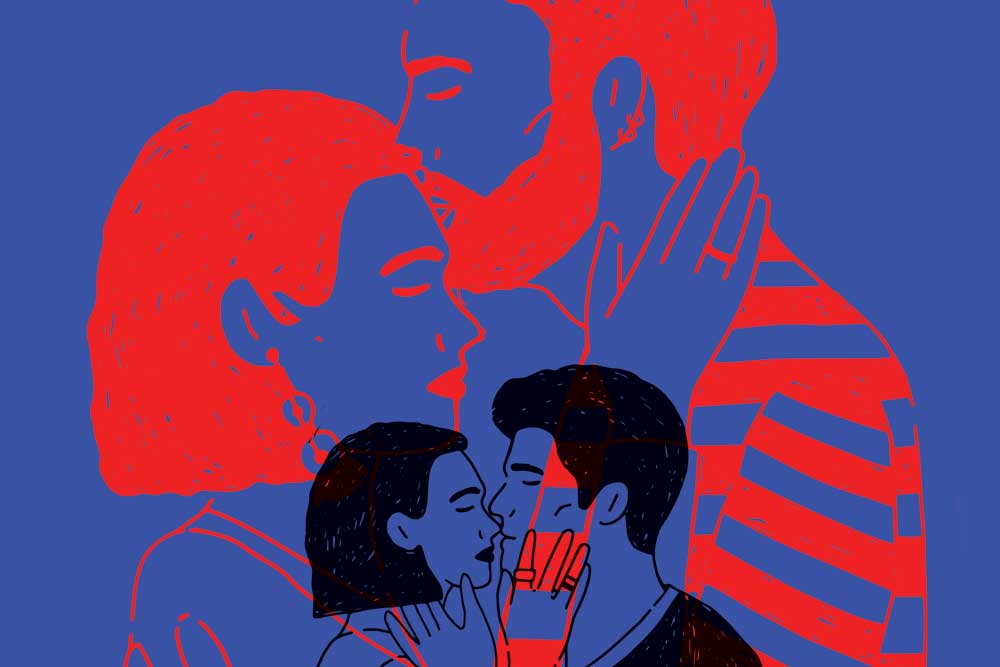 Leesa Cross-smith’s Whiskey & Ribbons opens with a visceral image—a heavily pregnant woman ‘shaking, peeing across the floor like an animal’, in the kitchen where her brother-in-law finds her after she has received the news that her police husband has been killed. evangeline, a dancer, comes to rely heavily on Dalton, her late spouse eamon’s closest companion, as she grapples with bereavement and new motherhood at once. Very early in this book, Dalton and evangeline kiss in a moment of her jealousy, when she fears he will leave her and her child if he falls in love with another woman. ‘it was a kiss of ownership. it was a hot, dripping wax seal. the kiss was a lock and a key. the kiss was a creaky gate in the wind.’

At first glance, Whiskey & Ribbons has much in common with tayari Jones’ An American Marriage, in which a love triangle emerges from complications brought on by race and law. in Jones’ novel, Celestial and roy—she’s a dollmaker, he’s a businessperson— are a successful couple whose marriage is shredded when he is wrongfully accused of rape and incarcerated. the love triangle emerges deep into the book, but leading to it are fast-paced cogitations on the nature of marriage. the strong- willed and enchanting Celestial believes in communion, intimacy and commitment, but not the institution. over a series of letters from prison, roy reveals his own complexity, bereft and angered both by his circumstances and her choices.

The central male figure in both novels is an african-american man; one is shot dead despite being on the police force, the other is racially profiled and imprisoned for a crime he didn’t commit. Cross-smith chooses love as her political apparatus, firmly setting the book’s narrative footing exclusively in the arena of relationships. Can a man die and be grieved as husband, father and son before he is grieved by the colour of his skin? the author insists on it, demanding and receiving this affective response from the reader. Whiskey & Ribbons is full of tenderness.

In comparison, Jones engages directly and powerfully on the question of race, and each character’s relationship to the same is highly nuanced and not at all subtle. For instance, Roy begins on the almost nonchalant note of the upwardly mobile person who wishes to leave history on the sidelines, but is forced into confronting the fact that it’s not history at all. But by the climactic sequence of the novel’s love triangle, he rages to his nemesis: ‘You’re black, employed, heterosexual, unincarcerated and into sisters… But you had to go for my wife… it was disrespectful to what i was going through, what all of us are going through in this country.’

Neither man in Jones’ novel is with-out failings, whereas Cross-smith’s men are good men who come straight out of the heterosexual female imagination— too perfect men, even. they are loyal, have a faith-based framework, put family first, adore their women, satisfy them sexually and even give up pornography upon marriage. in the moments after evangeline tells eamon over the phone that she is pregnant while he is travelling with his male relatives, he turns to look at the men to see if he’ll be teased for calling his wife but realises instead: ‘We were all pussy-whipped suckers and okay with it.’ they are like tumble stones with the grit removed, whereas Jones’ men are decidedly flawed—something which keeps the reader curious and conflicted till the very last page.

Whiskey & Ribbons is heartwarming, ending exactly where we always knew it would. An American Marriage takes us on a jagged, absorbing journey. We keep changing sides throughout, hoping for different outcomes on different pages. these two novels couldn’t be more different, despite their seeming similarity; their common core isn’t actually in the plot, but in how both grapple with the convolutions of the human heart.