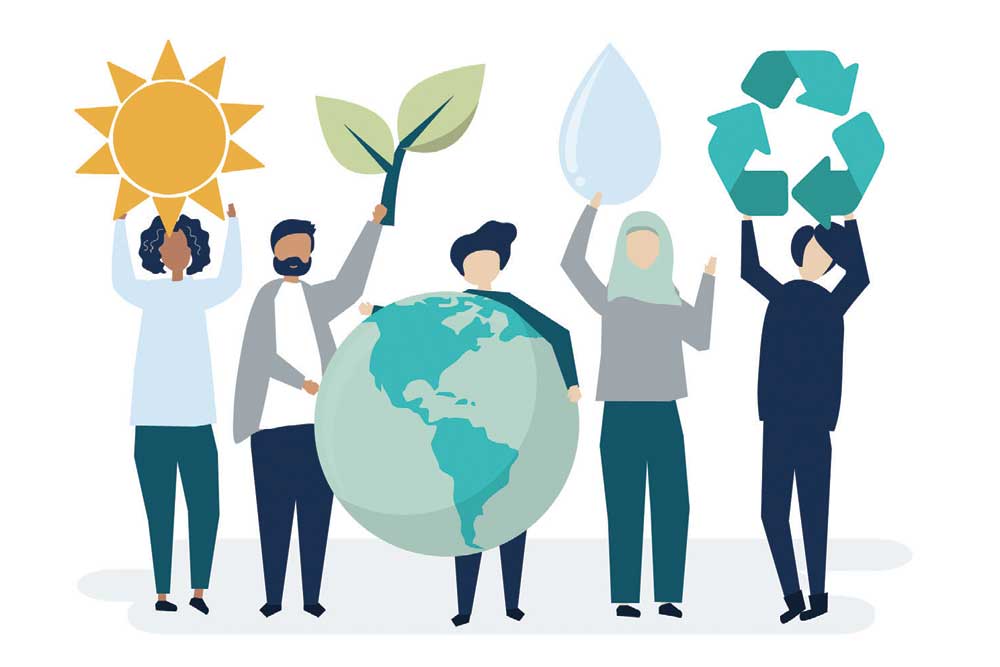 NEWS ABOUT CLIMATE change tends to focus on relatively visible changes in vulnerable but remote regions such as the Antarctic and Arctic. Unfortunately, climate change is no longer a phenomenon that affects only far off places. Mary Robinson, the first woman president of Ireland, serving from 1990 to 1997, highlights the adverse effects of it on ordinary people, and those who have decided to do something about it.

Robinson served as the United Nations High Commissioner for Human Rights from 1997 to 2002 and had moved to New York to start a new organisation called Realizing Rights: The Ethical Globalization Initiative after her first grandchild was born. Holding her newborn grandson, she asked herself: ‘What world would he inherit—one fit to happily live in, or a world on the brink of despair due to humanity’s obsession with fossil fuels and over-consumption?’

Over the next few years, while advancing the cause of fundamental human rights to food, safe water, health, etcetera, in addition to political and civil rights, she met several people who shared two characteristics: they were not affluent, and their lives had been changed drastically by global warming. Robinson rightly concluded that climate change, human rights, justice and equality are all interlinked.

By 2016, when Robinson was attending United Nations Climate Change Conferences, she had realised that climate change was not a scientific abstraction but a man-made phenomenon that impacted us all. She understood that while industrialised nations build their economies on the backs of fossil fuel, the poorest of the world were suffering the most. Climate change was gradually changing weather patterns, steadily causing greater food shortages, resulting in further poverty that imperilled decades of developmental advances. In 2017, while Donald Trump withdrew the US from the Paris Agreement (a multilateral diplomatic achievement which attempted to limit global warming), Robinson had understood clearly that to advocate the rights of the most vulnerable, we would have to pay more attention to our world’s changing climate.

This book shares the personal stories of individuals and several grassroots activists whose lives have been altered by climate change. It includes a collection of inspiring stories of ordinary women who have become ‘agents of change’. There are stories of a beauty salon owner who lost her business to Hurricane Katrina; activists from Chad; a woman from the European Union’s last nomadic tribe, the Saami; a lady from Vietnam who works on forest preservation; an Australian skincare entrepreneur who tackles plastic waste; and the president of the island nation of Kiribati who has helplessly watched his country disappear as sea levels rose. The power of the book is that it tells of people turning into accidental activists and helping tackle this global issue through local actions.

The focus of the book is not only on the effects of climate change, but on climate justice. This is brought out through the story of a miner in Canada who raises the question of a ‘just’ transition and how fossil fuel workers too can be victims of climate change.

Climate Justice helps readers understand why we must all take responsibility for the impact of our actions on the environment, and how we can reduce our carbon footprints, through stories of individuals who have achieved it. It highlights the idea that individual action can grow into a global idea and together we can combat the biggest threat that our planet is facing. It is written in a logical and candid style that puts across a powerful message in a compassionate manner and leaves us feeling hopeful, bringing a much needed ‘human’ touch to one of the most pressing issues of our times.

Anoop Mahajan
Anoop Mahajan is an atmospheric chemist at the Centre for Climate Change Research, Pune