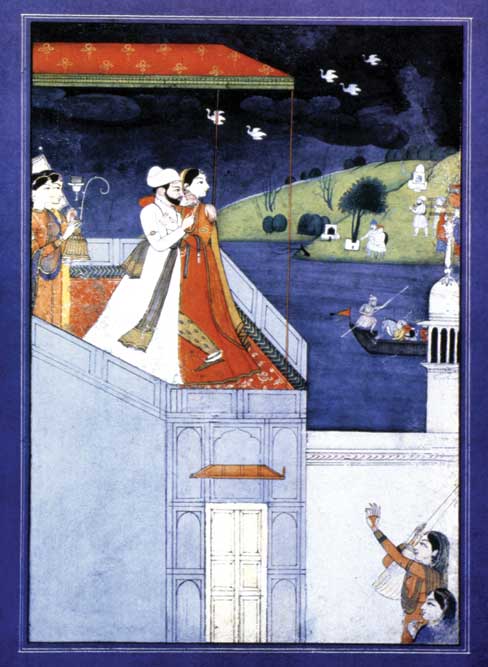 This is a good moment to consider the history of desire in india. While much of section 377 of the iPC has now been repealed and the adultery law is under review, we have just watched Hadiya, an adult woman, fight to be with the man she chose to marry and struggle against accusations of so-called ‘love jihad’.

Romantic love, particularly when it crosses caste and religious lines, draws the ire of the establishment, and as countless cases of murder and abuse show, the brunt of this is borne most of all by lovers. as restrictions are placed on the ways desire can travel in the name of ‘indian culture’, it is important to ask what exactly has this culture expressed about desire through the ages.

There are many people and projects attempting to do exactly this. in an interview with In Plainspeak, Paromita Vohra, who runs the project Agents of Ishq, says, “We should be wary of asking questions like how you would define the sexual culture of india, as if to say that india has only one sexual culture. The very definition of culture is that it is diverse.”

The untrammelled nature of desire is the primary focus of Madhavi Menon’s Infinite Variety. Menon’s basic premise is that india has a ‘lived relation’ to desire despite the fact that the expression of desire is widely punished in the country. Telling the history of something as ultimately nebulous as desire, in the million ways in which it may manifest, is an ambitious exercise. Menon tackles the inherent difficulty of this project by coming to the question of desire from multiple directions––the focus of her chapters ranges from the law to hair and makeup, from mathematics and grammar to the erotic history of paan.

Menon’s prose is fluid and accessible; at her best, she makes connections that feel both fresh and vital. For example, in a chapter on the zero, she first talks about the accomplished mathematician shakuntala Devi who wrote a book on homosexuality after having being married to a queer man. Menon eventually connects this to the Buddhist idea of shunyata, or nothingness, as desirable. she demonstrates the often contradictory nature in which desire has been revealed and expressed in what is now the indian subcontinent—whether she is talking about sufi devotion, public parks, calendar art or Bhakti poetry. she also makes important observations about the current state of desire in india—most crucially by thinking through the problems and contradictions with the state of queer and trans rights in the eyes of the indian law.

However, there are some serious limitations to Menon’s approach. she is uncritical in her explorations of the Kamasutra, which even in the introduction she sets up in opposition to the Manusmriti. however, as Pallavi Rao has pointed out, the Kamasutra is far from a progressive text: ‘Basically, the Kamasutra is a casteist, Brahminical, patriarchal handbook for the initiation of upper- caste men. it doesn’t care about pleasure beyond maintaining caste endogamy.’

Considering this is meant to be a history exploring the multiplicity of desire, it is surprising and limiting to see nothing pops up quite so often as the Kamasutra, and the caste-blindness with which Menon treats the subject is disturbing.

There is also some language around gender, particularly transgender people, that is troubling, especially in a book that is written by a professor of gender and sexuality. There is too much focus on one regional trans identity (the hijra community) at the cost of much diversity, and it is disheartening to see the words ‘transgenders’ and ‘transgendered’ repeatedly used through the book.

It is impossible to tackle everything about the history of indian desire in one accessible book, and that is not what one expects of Menon’s book. Ultimately however, it isn’t enough to simply demonstrate that desire has been infinite in its manifestations—it is crucial to delve into the very real present- day consequences of what happens when people subvert the normative and institutionalised ways in which desire is imprisoned.