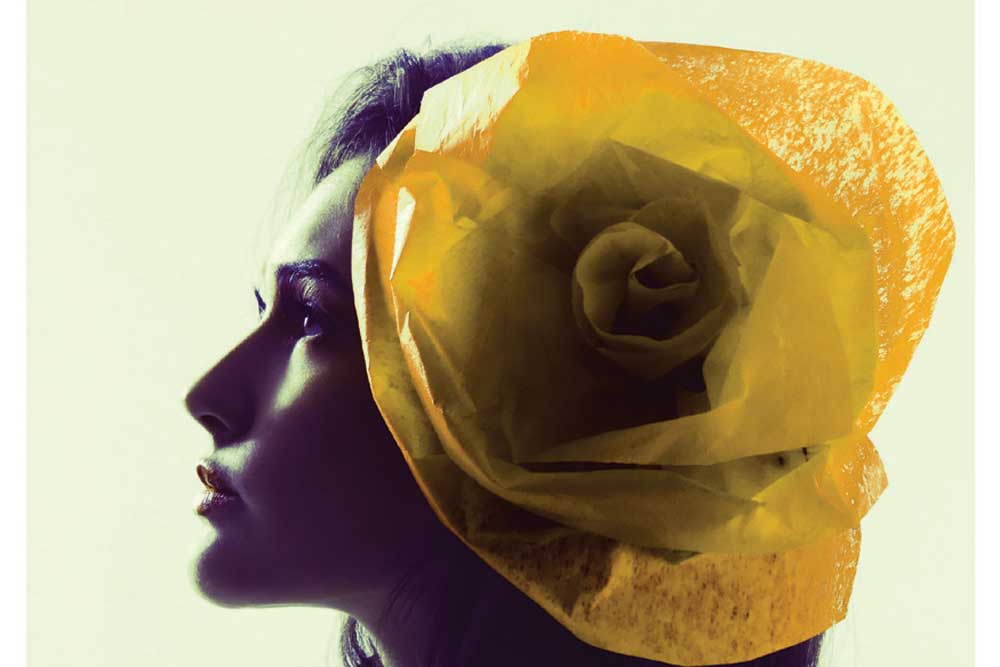 THE PROTAGONIST OF my favourite story (‘Yellow Rose’) in Anjum Hasan’s remarkable, radiant collection of short fiction, A Day in the Life, is the 23-year old Gulfam, an app designer with millennial predilections. Gulfam, like her peers within their class demographic, runs a startup with her friend Mathew, and dreams of ‘world happiness bred by a universal conversion to in-the-moment functionalism, played out in a perfectly controlled indoor existence. She loved futuristic movies awash with jargon and sleek gadgetry in which neither human nor physical nature intruded—no erratic clouds moving across the sky, no sudden moods altering the state of one’s existence.’

Gulfam’s mother, Nusrat, a writer- flâneur-conversationalist, who is ‘always writing a story’, is ever mystified by the weirdness of her offspring. At one point during the day—most of the stories are about a day in the life of—we spend with Gulfam, Mathew and Nusrat in various configurations of urban crises, the mother says of Gulfam: ‘I look at her and think, I don’t know what she means. I understand her words, I know what she’s describing might even be possible, but I don’t get the point. What is it for?’

Nusrat’s cry, in retrospect, seems almost apposite for the world in which I find myself. A world where each Facebook post, each tweet, each video, each Instagram image claims to tell a story that arrives, over-interpreted, over-liked, over-commented-upon already, carried through the filter anticipating our interests and friend-lists and news-preferences, while literary short fiction, that real, urgent, silently disruptive art form (like a painting or a work of sculpture and unlike the novel), finds itself at the frontline of a war for narrative relevance. After all, a great short story—even a moderately decent one—is an erratic cloud moving across the sky, altering the mood of one’s existence, suddenly, irretrievably as it were, dissolving the humdrum minutiae of the day with the searing quality of a world conjured from air and prose, a miniature world which floats in the sky for such a tantalisingly short time that its memory flickers longer than the actual time taken to read it.

A Day in the Life is a book filled with such gems. ‘There were no new ideas to be found in the city,’ says the eccentric if eminently likeable protagonist of ‘The Stranger’, ‘so I retired last year to this small town—an experiment to see if I could live in a house with a tiled roof that sometimes leaked and little storybook windows that muffled rather than let in light.’ If ‘The Stranger’ sets the tone of the book with prose redolent of Hasan’s first novel, the exquisite Lunatic in My Head, which remains my favourite, ‘Sisters’ and ‘Godsend’ celebrate an unlikely sisterhood. Two women who are very different from each other forge bonds and invent languages that cut through the dry rush of modern urbanity to reach deeper wells of belonging and sorrow. In ‘Bird Love’, a young, newly married couple discover love and hunger. I pick these out as my favourites, the ones I re-read several times to savour their quiet sophistication and power, but the entire collection has a range of rasas on offer.

A Day in the Life sets out to examine, interrogate and sometimes resolve the quotidian in the sparkling—sometimes funny, as in ‘The Question of Style’, sometimes autobiographical, as in ‘A Short History of Eating’, sometimes oral-history-inspired, as in ‘The Legend of Lutfan Mian’, but always apt—prose Hasan is known for. The stories are set in different worlds, whether in terms of geography or class, and each world is richly recreated, verisimilitude underpinning the peculiar obsessions and tragedies of ordinary people on an ordinary day. It is their telling which is extraordinary.

Keep this book by your bedside, on the table, and during comings and goings, as the week waxes and wanes, taste it between meals, after dessert or on the run. The return of the short story has been almost perfectly timed for revenge.