In his controversial book, Sanjaya Baru wishes for a Manmohan Singh who does not exist, and in the process unmasks the one who does 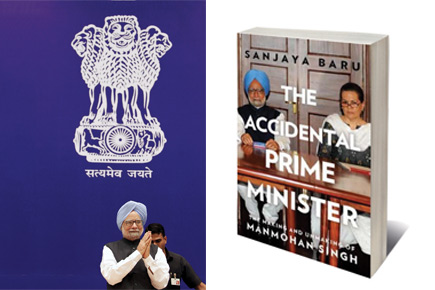 In his controversial book, Sanjaya Baru wishes for a Manmohan Singh who does not exist, and in the process unmasks the one who does

What is it about The Accidental Prime Minister—a book that only confirmed what Lutyens’ Delhi knew all along—that so raised the hackles of Dr Manmohan Singh’s family, prompting his daughter, historian Dr Upinder Singh, to describe it as a “stab in the back… a huge betrayal of trust”? The subtext is that author Sanjaya Baru, having been privy to so much as his media advisor, has let down Manmohan Singh by revealing what he should not have. If her criticism were just this, it might have been merely a reaction of anguish. But she raises other issues that say as much about the book as about her father.

Upinder Singh charges Baru with unethical behaviour, opportunism and lack of objectivity. She accuses him of writing fiction because he did not have access—“projecting himself in the centre of events, which is not true… It is not as if he was the Principal Secretary to the Prime Minister”—and claims Baru nursed a deep sense of resentment, which he shared with her. She also dismisses his explanation about his lack of control over the timing of the book’s release since she herself has published books. She does protest too much.

In Upinder Singh’s assessment, Baru clearly has not delivered. Worse, though he says that he aimed to restore Manmohan Singh’s reputation and desperately wants his ex-boss to succeed, he fails in converting the unconverted. It took him years of working closely with Manmohan Singh to realise that his ex-boss was ‘spineless’. This despite the fact that Manmohan Singh humiliated Baru by recalling him from Singapore and then not delivering the job offered. Baru’s sense of being wronged is palpable in the book, far from being a secret grudge he shared with Dr Upinder Singh.

The problem with Baru’s account is not that he has written a fictional account, which he has not, but that he has given Manmohan Singh a wide pass. For most of the book, almost till the very end, Manmohan Singh can do no wrong. He and UPA-I come across as star performers, with a judicious blend of sound economic policies, appropriate focus on developing the social capabilities of the poor, and bold strategic initiatives like the Nuclear Deal with the US.

While some of the praise is deserved, the book would have benefitted if the origins of the problems of UPA-II had been identified. Putting the Fiscal Responsibility Act on hold was among the first decisions of UPA-I, setting the stage for the lack of fiscal space later, when it was needed. The restructuring of the economy by the earlier regime combined with easy global liquidity had helped India reach new heights in economic growth. But the restructuring was put on hold, even reversed, and mindless expansion of budgetary allocations towards populist schemes, without a thought about effective usage, became the norm.

It is not surprising that even as the Sarva Shiksha Abhiyaan and Right to Education Act led to a manifold increase in resources flowing to primary education, learning outcomes have actually fallen. Problems of governance like lack of accountability and mission creep cannot be corrected by pumping in extra money. Likewise, being concerned about the difficult life of small farmers is one thing; pushing a Rs 72,000 crore write-off of farm loans is quite different. To be fair, Baru links this profligate step, which benefitted large farmers generally, to the imperatives of the 2009 election. It is not surprising that the book quotes Digvijaya Singh as saying that Manmohan Singh is an underrated politician.

Baru’s other contentious argument is that the 2009 verdict was in Manmohan Singh’s favour and that he should have used this mandate to stop being an accidental prime minister. Congress spokesperson Abhishek Singhvi’s harsh attack on Baru can be linked to this claim, not to other parts of the book that portray Sonia Gandhi in unfavourable light. A Congress party without the Nehru-Gandhi family is blasphemy, and Narasimha Rao’s fate, which Baru recounts, is clear evidence of that.

Baru has a point that Manmohan Singh made a difference in helping the UPA win re-election. But to expect that Singh— who, if he chose to walk out of the Congress, could not trigger even one resignation from the party—could even think of asserting his position as leader of the Government is unrealistic. Baru wishes for a Manmohan Singh who does not exist.

Reading Baru, and ex-coal secretary PC Parakh’s book Crusader or Conspirator: Coalgate and Other Truths, the Manmohan Singh who emerges is an opportunist, not ready to quit despite wielding little power, being openly humiliated by his ministers, and not even consulted by Sonia Gandhi in the decisions to award Pranab Mukherjee the Finance portfolio and AK Antony, Defence—all the while formally presiding over the most corrupt, venal and cynical government that India has seen.

Not that Manmohan Singh was ever unhappy doing so; he was not unclear that there was only one centre of power in the Government and it wasn’t the Prime Minister. He would not countenance Baru trying to build his image, and would not even claim credit when it rightly belonged to him, not to Sonia or Rahul. And, other than the Nuclear Deal, when he staked everything and apparently threatened to quit if the party did not go along, Baru does not offer any evidence that Manmohan Singh ever felt that the office of the Prime Minister has a certain majesty necessary to its effectiveness.

So while the idea of the Prime Minister as dictator is disastrous, the Prime Minister as limpet, to paraphrase the late Rajiv Gandhi, is equally so. Parakh questions Manmohan Singh’s failure to push for urgent reforms in the coal sector, linking it not to his weak political position but to his misplaced priorities—the Nuclear Deal and FDI in retail.

Baru’s and Parakh’s obvious disappointment with Manmohan Singh as Prime Minister is understandable. The largely English-educated upper middle-class, socially liberal and metropolitan in outlook, finds it difficult to reconcile India’s recent patchy economic record with their perception of where the country should have been. They blame the corrupt political class for all of India’s woes, and eagerly support any moves to cut the political class down to size. The Election Commission seizing complete control of not just the election process but all executive action during the extended election period, or the Judiciary ruling that convicted politicians should forfeit their seats in the legislature even pending appeals, or Anna Hazare’s simplistic ideas on curbing corruption— all are enthusiastically welcomed, with little regard for Constitutional niceties. The members of this class abhor political dynasties as well as atavistic nationalism, and have no time for family enterprises masquerading as regional parties. Ideally, they would like a two-party system driven by economic ideologies, specifically a right-wing BJP minus the RSS and a left-wing Congress sans the family. Manmohan Singh represented a rare chance to remake India along the lines of their imagination.

The tragedy of Manmohan Singh is that he let down this class, who looked to him to deliver clean, effective governance. By staying on in office after his ‘best before’ date, by allowing himself to be publicly humiliated by his ministers and a much younger and more immature Rahul Gandhi, he not only exposed himself to ridicule, he diminished the Office of the Prime Minister and left the executive extremely weak and short of credibility.

It is this unmasking—not unmaking—of Manmohan Singh that seems to have so infuriated his daughter. From being a knight in shining armour, he has turned out to be just another politician, hanging on despite everything.

To his credit, Manmohan Singh realised what his fans do not, that governance and leadership are political, not technocratic, and modulated his role accordingly. Whatever his critics say, by being Prime Minister for ten years, Manmohan Singh has achieved what even a titan like Atal Behari Vajpayee could not—so what if he has reigned, not ruled.

But he may well have served another purpose—that of unwittingly creating a demand for a strong leader who promises effective governance; one who not only leads his party and government decisively but who is able to mould his party in his own vision.