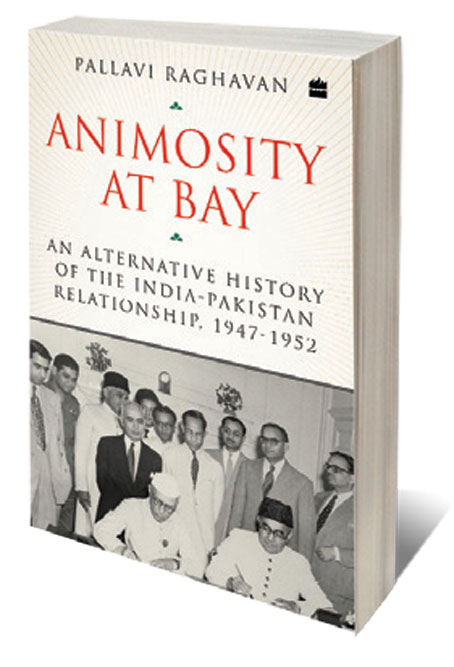 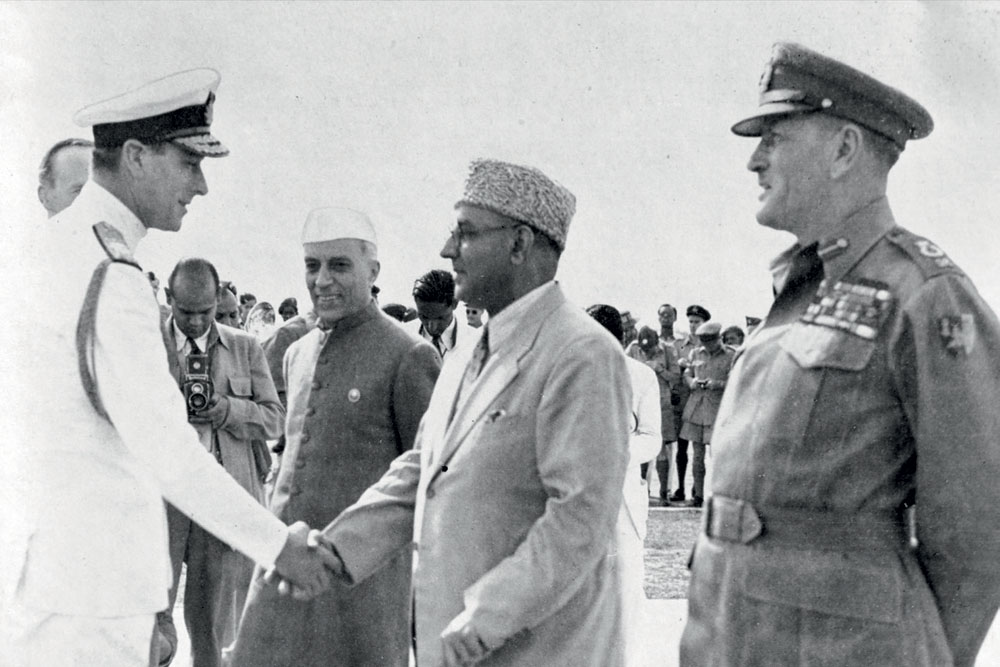 
IT IS HARD TO describe the feelings of persons frozen in a photograph clicked in New Delhi on April 8th, 1950. Prime Minister Jawaharlal Nehru and his Pakistani counterpart Liaquat Ali Khan are engrossed in signing something even as officials from the two countries look on solemnly, giving away no emotions. But for millions of Muslims and Hindus trapped as minorities in the two countries, the agreement was a hope for security. In the months preceding the agreement, a second exodus on the Subcontinent had begun, no less violent than the one in 1947. Hindus from East Bengal poured into Indian territory while Muslims desperately left for Pakistan. Lives, livelihoods and property were lost. The agreement, against the backdrop of the first war waged by Pakistan to wrest Jammu and Kashmir (J&K) in 1947-1948, was nothing less than pure will on the part of the leaders in the two countries.

Pallavi Raghavan’s Animosity At Bay: An Alternative History of the India-Pakistan Relationship, 1947-1952 is truly the stuff of alternative history. For one, it recovers the idea of cooperation between India and Pakistan that is now known to either specialists in relations between the two countries or very few historically inclined readers. Then, it casts this cooperation in a realist light and not the fog of some ‘aman ki aasha’. The truth of the matter is that each aspect of cooperation—from division of assets between the two countries, the Nehru-Liaquat Pact, the dense meetings over valuing and sorting evacuee property and, finally, the Indus Water Treaty of 1960—were all part of state-building on both sides. They were the products of hard-fought negotiations and not altruistic give-and -take.

All this was necessitated by the sundering of the organic unity of India imposed by the British over the past two centuries. When India was divided, the division posed vexed questions: how could roads, canal networks and immoveable assets be divided? The movement of people was violent and confirmed the historical pattern that whenever mass movements of populations take place on the Subcontinent, violence is the inevitable byproduct. Yet, in the face of these odds, political leaders and civil servants calmly went about fashioning solutions to problems that had not been seen before. For a period, it worked.

It is interesting to note that Raghavan’s period begins in 1947, when within weeks of Partition the two countries went to war. But almost at the same time, solutions to division of assets, the innumerable problems associated with people moving from one country to another and a host of other issues were sorted by people sitting across a table. But it is equally interesting to see that she ends her account in 1952. By that year, forces were in motion that would ultimately throttle democracy in Pakistan. The Indus Waters Treaty, whose ‘pre-history’ Raghavan sketches in her book, was signed when Pakistan was ruled by a military dictator.

This process of cooperation had a hard upper limit. In late 1949, some months after the Karachi Agreement was signed, cementing the ceasefire line in J&K, Prime Minister Nehru hinted at a framework under which the two countries would resolve outstanding issues peacefully. A declaration jointly made with Pakistan that neither country would declare war on each other was considered as an option. Modelled on the Kellogg-Briand pact of 1928 that abjured war among European powers, the potential India-Pakistan declaration came at a fraught moment. The idea was mooted before the Nehru-Liaquat Pact was signed in April 1950. It was a particularly tense moment in relations between the two neighbours and, for a time, it seemed war was imminent. India had concentrated troops and war materials at key military locations in Punjab and there was great uncertainty in the air.


Ultimately, after a huge volume of correspondence between the two Prime Ministers, the idea died. By late 1950, the sense of urgency that had driven the two sides to think of the no-war agreement that option had waned. But it was not just changed circumstances that killed the possibility. By that time, the two countries had sketched out their approaches to settling disputes, a pattern that continues till today. India wanted a general declaration that would commit the two countries against aggression on each other. In contrast, Pakistan wanted a detailed agreement listing options for arbitration and third-party mediation on issues like J&K, Junagadh and the status of evacuee properties in the two countries. This was not a mere historical accident but was built into the logic of the situation. Pakistan, a weaker country, wanted to pursue its claims using any opportunity and option, even a no-war agreement. India, which held much of what it wanted, saw no reason to agree to a detailed listing for arbitration.

Raghavan notes this: ‘The reasons that the correspondence failed in 1950 were not, in the end, particularly surprising—indeed, they were structural: for Pakistan, signing such a declaration would have implied its formal acquiescence to the status quo in Kashmir. In India, Nehru’s bureaucracy cautioned implacably against the future risks of committing to the correspondence.’ In fact, the Indian position was quite clear even before Nehru had uttered the first public word hinting at the no-war option in late 1949: in a note on January 3rd, 1949 where he listed India’s position on contested issues like J&K, evacuee property, Junagadh and canal waters. But in the same note he said, ‘All these questions should not come in the way of the declaration… It is in order to ease the situation between the two countries… that we have made our proposal.’

This was not the end of cooperative agreements between the two countries. In September 1960, a treaty on sharing of river waters in the Indus system was signed. That agreement has stood the test of time. Even in moments of heightened tension, the meeting of the Indus commissioners of the two countries have continued. In the 21st century, Pakistan has sought to interpret the treaty to its advantage by claiming Indian violations in river water projects in J&K. That came to nothing and, contrary to noises in India, the treaty has remained unscathed.

Raghavan’s book is on an interesting period of fleeting cooperation between the two countries at a very difficult time in their history. Pakistan, an ideological state in its very conception, did not let that idea come in the way of cooperation with India. India, in turn, did what it could to ease the dislocation of Partition. For both countries, this was the path to consolidation of statehood. Defence of ‘ideological frontiers’ would come later. The book is a useful addition to the literature of cooperation among estranged countries that have been divided along ethnic and religious lines.

Is there hope for cooperation now, given this history? Liberals on both sides will be delighted to read the book and use it to project their fantasies further. They have every right to do so. But a dose of realism is in order. For Pakistan, getting J&K ‘back’ is essential for the ideological glue that lies at the heart of its nationhood. In India, even with a dramatically altered conception of nationalism, territory remains at the heart of its nationalist project. Even in its primordial definition, ‘India’ is the territory from ‘Mount Meru to the Sea’. If anything, the history of J&K from 1947 until 2020 is one of increasing territorial unification with the rest of the country. Pakistan, with its disorganised economy and dysfunctional politics, is unlikely to give up and equally unlikely to get hold of the prize it seeks. Peace is a busybody in this process.