The Race to the Final Date 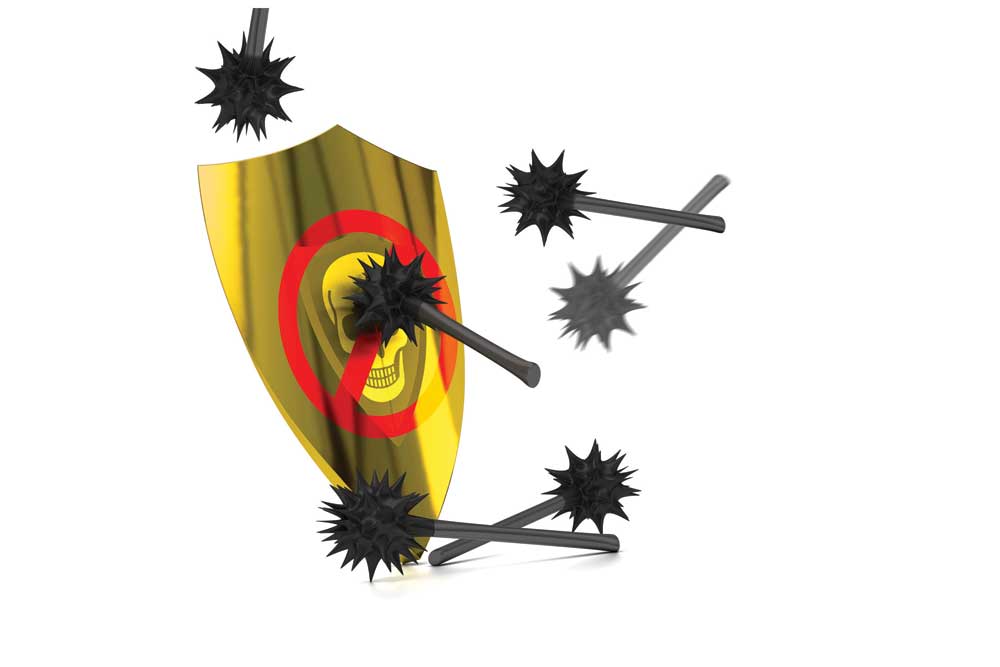 WHILE ONE BOOK, (Why Aren’t We Dead Yet?) deals with the ongoing wars and battles our bodies fight every living moment to stay that way—alive—the second deals with the ultimate final outcome for all of us: death. Both rather macabre and morbid subjects, you would think, except that Idan Ben-Barak and Jules Howard have such an infectious and insatiable curiosity , peppered with humour and humanity , that what might have been cold, dry and grim science writing is turned into unputdownable material as one astonishment after another is revealed.

Ben-Barak, who holds an MSc in Microbiology, gives us a ‘Survivor’s Guide to the Immune System’; a defence system that all of us have, and tells us how it works, evolved and where it might be heading (with a little help from us). It has a vast array of enemies to deal with, both within and without, and must tackle each threat almost on a one-to-one personal level in order to eradicate it. The book is divided into five chapters. The first chapter describes the ‘several layers’ of defence the body has against an infection. To give you a flavour of the writing, here’s how he describes what happens when an infection is first detected: ‘…a veritable barrage of molecular signals is exchanged between immune elements, making it clear (a) that an infection is going on, and (b) where it’s happening; everyone is talking to everyone else at once; cells and molecules come running from all over to join in the fray and other immune cells grab parts of the bacteria that they’ve disassembled or found floating around, and head off to the lymph nodes… There, the specifics of the infection can be ascertained, and an appropriate response can be put together.’

Below, in a sly footnote, he adds: ‘What this resembles most, in terms of sophistication, nuance and co-modulation of the information, is a group of 12-year- old girls who have just learned that one of them has been approached by a boy.’

This wonderful, almost wacky style, runs throughout the book, as he deals with other aspects of the immune system: The second chapter answers the question ‘Why aren’t we dead yet?’ by detailing how the immune system develops from the moment we were conceived, taking its cues from the internal and external environment, and how mothers form a large part of this process. The next chapter takes a macro look at this; how immune systems developed in species over time right from when we were little ‘wriggly’ things to the present extremely complicated system we now are equipped with. The following chapter introduces our own role in assisting the immune system in its battles against infection, through research and of course the discovery of vaccines and antibiotics. The following two carry this theme forward, ‘we… are not dead yet because there are things that humans are now able to do to each other in order to carry on living, and what the future holds for our chances of not being dead.’

This book reads like a fascinating cold (and sometimes hot) war thriller complete with agents, double agents, a ferocious arms race, a frontline where the battles are, you could say, hand-to-hand, and where cell explosions take place. The enemies are viruses, bacteria—and sometimes traitorous cells within our own bodies—that turn or are made to turn against us. This book needs to be read several times: once, cover to cover of course, and then dipping into it every now and then because there’s so much to learn every single time. It should also make us appreciate and respect our bodies more. Any entity which has the sort of security system and defence mechanism that our bodies have deserves nothing but a 21-gun salute and a lot of spit and polish!

But ultimately, death comes in the end. In Death on Earth, Jules Howard (author of Sex on Earth) delves deep into this subject, asking (and attempting to answer) the many, many FAQs about death: Why are we so weird about it? Why are we scared of it? How might knowledge of ageing in other animals help us live better lives free from the diseases of old age? He visits a ‘Death Salon’ (an American idea needless to say), a ‘body farm’ (another American idea), where dead pigs are laid out to decompose and every stage of decomposition is noted: this is useful for forensic studies needed when dead and decomposed human bodies are investigated (in the US, they actually use donated human bodies). He attempts to find out why we must age (there are three major theories doing the rounds at present), if and how it can it be halted, and is at sixes and sevens while trying to explain the concept of death to his little daughter: How much of death do children understand? Is a direct approach the best? Other aspects tackled include what’s right and wrong about extinction, considering that it happens all the time, the role of parasites in life and death, and how death gives rise not only to life, but to whole ecosystems that feast on carcasses. Does death have its special smell and do other living creatures avoid it when they come across it? What’s the relationship between sex and death?

Howard gives us examples of where a creature has been condemned to extermination (by us) simply on the strength of rumour: the fate of Britain’s false widow spider and America’s brown recluse spider show just how strongly we can react to a ‘death threat’ without even waiting for any scientific confirmation of the fact. He investigates the cases of animals’ so-called suicide (lemmings of course) and reveals that cells commit suicide all the time in every living creature which is essential so that some cells don’t go berserk with replication. How do animals dispose of their dead? One big question his answer to which is going to raise a lot of eyebrows is whether or not animals mourn their dead. The answer from the scientific community seems to be an unequivocal ‘no’: despite the many, many anecdotal instances of animals apparently mourning the death of a partner or even human, the scientific community maintains that we can never really know what’s going on in their minds. What is not quite clear is how can even we know exactly what’s going on in the mind of another person at the same time. We may show the same signs of grieving and mourning and therefore conclude that we’re feeling mostly the same way, but if some animals show similar symptoms (which, they may), can we now say that they do not grieve or mourn? Also, scientists say it is by no means universal, as it is amongst us. All animals do not mourn the passing of one of their group or family, many just get on with their lives. (Well, sadly that seems to becoming true of us too nowadays.) Another fascinating subject touched upon is, of course, reversing ageing and its ultimate goal immortality. Again, it’s the small insignificant creatures—jellyfish, nematodes and hydra—which may hold the vital clues to this as some already seem to have achieved this goal. For us, alas, it seems that even if we do manage somehow to ‘regrow’ our cells, our brains alas will have to make completely new connections and we’ll be wiped clean of our past lives and memories and must start completely afresh. (A songbird, which can actually re-grow part of his brain responsible for song, which shrinks after the breeding season, must re-learn his song from scratch every year because he has no memory of the song he had sung the previous year!) And yes, death can actually be seen to occur: in nematode worms, a fiery blue ‘death luminescence’ is clearly visible blazing through the creature as its life is extinguished. ‘Death fluorescence is true death’ Howard writes. One aspect that is missing is that of ‘reincarnation’ and the ‘near-death’ experiences of many people, the famous ‘white light at the end of the tunnel’ show, which probably could have been wholesomely demolished here too.

In researching this book, Howard met an array of scientists working on some of these aspects, as well as institutions where sometimes very strange experiments are conducted with dedication and fervour. His writing is easily understandable and personal, if sometimes slightly hyperventilated (too many sentences in ALL CAPS). But then it’s not a subject that you can tackle completely stony faced, because death is something that is coming to all of us, at a time and place of its own choosing. Till then, read these two books and raise a toast to the gritty, determined immune system we’re armed with: here’s to it keeping that final date, far, far away.