The Hindu Way of Writing

Both scholarly and simple in his argument, Shashi Tharoor celebrates Indian syncretism 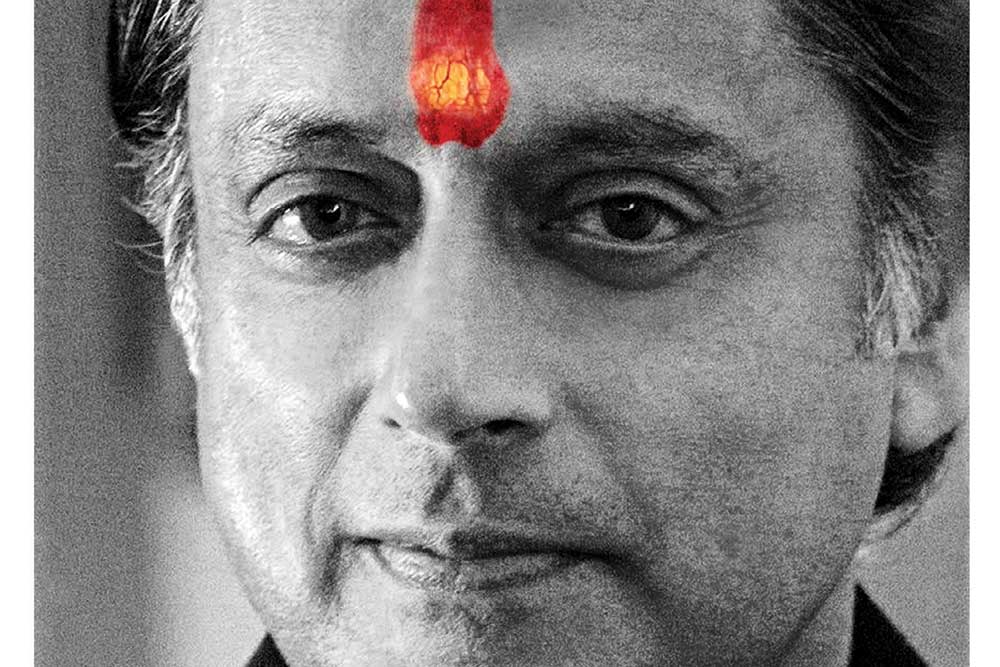 MANY OF SHASHI Tharoor’s books reflect his deep understanding of Hinduism, starting from his first The Great Indian Novel. His latest Why I am a Hindu is a beautiful and simple explanation of a complex religion. Shashi was not only born a Hindu, but is a practising and believing Hindu, so he is eminently suited to write about his faith.

Hinduism is difficult to define, ranging from the metaphysical Vedas to the atheistic Charvakas, from the ritualistic Mimamsa to the deeply devotional poetry of the Alwars and Nayanmars. There is no dogma in Hinduism and each individual has to find his own path to liberation. The author calls his chapter ‘My Hinduism’, which would be an appropriate definition for every Hindu. He discusses a wide range of subjects, from definitions and dogma to multiple divinities and even his Ishta Devata.

The Hindu way, as described by him, is best defined by the Upanishadic statement ‘Ekam sat vipra bahuda vedanti’ (The truth is One, the wise call it by many names). Hinduism is an all-absorbing religion. It varies from the Vedic path to idol worship, tribal deities and even, in modern times, Christianity. He calls it a banyan tree which spreads its branches far and wide, and these in turn sink back into the earth to take fresh root in the welcoming soil. He claims familiarity with concepts such as the four ashramas, the evolutionary avataras, the quest for moksha and bhakti, which admits many people and practices with no single structure of theological authority or liturgical power. As he says, Hinduism is a poly- centric faith. Sanatan Dharma is inclusive but not indifferent, unlike the Abrahamic faiths. Hinduism is a permanent quest for truth and individual liberation, which can either come through bhakti (devotion) or karma (action) or jnana (knowledge). There are sacred books beginning with the Vedas down to the Bhakti cult, and many more epic and Puranic stories that form the basis of religious education in rural India. The Nirguna (formless) Brahman of the Vedas became Saguna Brahman or Ishwara (finite deity) who is easier to understand.

The author discusses various schools of Hindu philosophy, the Shad darshanas of which range from abstruse philosophy to simple Puranic stories. Meanwhile, there were many great philosophers, such as Adi Shankar, perhaps the greatest Indian who ever lived, who rejected rituals and advocated a non- dual or Advaitic approach to liberation.

There are several unacceptable customs attached to Hinduism, such as caste. According to Shashi, it was not a part of the original Vedic religion, but developed as an instrument to absorb different tribes. Mobility was not rare in Hinduism. Shantanu married a fisherman’s daughter and their descendants became Kuru rulers. There are many more such instances. It was probably difficult for some castes to ascend the hierarchy and the outcome was unforgiveable. However, let us not forget that the tortoise deity of Bhils became the Kurma avatara of Vishnu, and ancient village and tribal deities like Kamakshi, Meenakshi and Jagannath rule their habitations till today. Unfortunately, the British gave identities to people based on their caste. Once your caste was fixed, you were damned forever. But right through history, there have been great sages who have rejected the caste system and embraced every caste group, such as Adi Shankar who fell at the feet of a Chandala, Ramanuja who converted lower castes to Brahmins, Guru Nanak, Sri Narayana Guru, Swami Vivekananda, and so on.

Why I Am A Hindu is beautifully written and brings out the greatness of Hinduism. The book is a mixture of scholarship and simplicity, which is the Hindu way of life

Shashi says Hinduism reasserted itself in response to the rise of Buddhism and Jainism, largely supplanting or absorbing these faiths. But Buddhism and Jainism were regarded as sects and never as rival faiths. The Buddha and Mahavira merely tried to correct some of the unacceptable aspects of Vedic religion, particularly animal sacrifice. The Muslim onslaught resulted in a renewal of popular Hinduism by simplifying doctrines and accommodating popular folklore, local deities and the Bhakti movement, leaving no space for Buddhism. Jainism was restricted to western India.

In part two, Shashi Tharoor the Congressman has gone hammer and tongs at Hindutva. Here I must remind the reader of what the Supreme Court ruled, in 1995, that ‘Ordinarily, Hindutva is understood as a way of life or a state of mind and is not to be equated with or understood as religious Hindu fundamentalism … it is a fallacy and an error of law to proceed on the assumption … that the use of words Hindutva or Hinduism per se depicts an attitude hostile to all persons practising any religion other than the Hindu religion … It may well be that these words are used in a speech to promote secularism or to emphasise the way of life of the Indian people and the Indian culture or ethos, or to criticise the policy of any political party as discriminatory or intolerant’.

‘Hindutva’ has been defined by the Oxford Dictionary as ‘the state or quality of being Hindu’ and the apex court’s definition is clear. If Hindutva has been hijacked by a few extremist groups, that cannot be a reason to condemn it, just because the BJP is in power and has declared Hindutva as its ideology. The opposition parties have chosen to attack Hindutva, notwithstanding the Supreme Court’s judgment. In his attack on Hindutva, Tharoor the Congressman triumphs over Shashi the writer.

Nowhere does Hinduism suggest one can kill in the name of religion. Years of minority appeasement by the Congress made the word ‘Hindu’ a communal term. Those who commit crimes in the name of Hindutva do not make it a violent way of life. For example, Indian terrorists are usually Muslims, but that does not mean Islam preaches terrorism. But the author represents the views of Hindutva ideologues fairly and in their own words through extensive quotations before he embarks on his criticisms.

The last chapter is titled ‘Taking Back Hinduism’, where he talks about the religion’s tolerance and acceptance. He sees in Hindutva a lack of self- confidence following the humiliation and defeat of Hindus by Muslims who destroyed temples and looted treasures. It is a fact that the Hindus of North India—leftists and rightists alike—live with difficult memories of that destruction of their heritage. A South Indian can rarely understand the pain of North Indian Hindus, despite the depredations of Malik Kafur and Tipu Sultan.

Why I am a Hindu is erudite and flows smoothly, with the author establishing the ‘reality of Indian syncretism’. It is beautifully written and brings out the greatness of Hinduism. The book is a mixture of scholarship and simplicity, which is the Hindu way of life. It reminds me of Hinduism: An Introduction, a best-selling paperback by my mother Shakunthala Jagannathan, first published by Vakil, Feffer & Simons in 1984, which has had over 15 reprints. It is easy to write several tomes on Hinduism, but difficult to condense it between two covers. This, Shashi Tharoor succeeds in doing admirably.