The General and the Half-and-Half 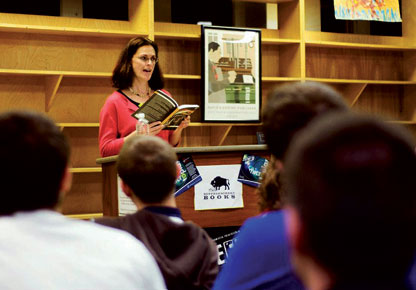 ‘Allah,’ my grandfather finally said. ‘Allah,’ my father replied, both men invoking God in what was an ironic precursor to the general’s plans to introduce Him into every aspect of our lives and the country.’ And so we find ourselves in the summer of 1977, and that of Pakistan’s state of Emergency, in Pakistani-Dutch journalist Sorayya Khan’s third novel City of Spies. General Zia has seized control of the country and Prime Minister Zulfikar Ali Bhutto has been imprisoned, in a coup that paralyses the citizens of the young country—including hopeful and patriotic young Pakistanis like the father of our heroine, young Aliya Shah. Abandoning a career in the United Nations, Aliya’s father leaves Europe to head the Water and Power Development Authority (WAPDA), when summoned by Bhutto; an unusual decision his three children cannot entirely understand. The 30 months we are admitted to are the fierce attempt of a writer with two countries to claim her part in history.

‘From the safety of Vienna, I would never have known what it meant to be Pakistani and neither, really, would anyone else,’ says Aliya. Even within the sterile bosom of the American School in Islamabad, she knows their lives have been disrupted irrecoverably—not that they had a chance at normalcy ever, as ‘half-and-halfs’, with a Dutch mother who learns to absorb coarse local sugar into her native baked goods but cannot reconcile herself with the ‘mini-roits’ her husband has brought them face to face with. With her siblings away at university in America and Egypt, Aliya struggles with a developing Pakistan whose own citizens, including her, are ashamed to own up to it at times. They are living in a city of spies, where Pakistanis don’t trust Americans and Americans don’t trust Pakistanis, and the household tells the servants what to tell the spies who are charged with taking home information. So, the citadel operates with covert information embedded everywhere, and self-appointed secret-keepers.

The school bus Aliya rides daily, its occupants vying to launch spitballs at the locals from within its confines, is emblematic of the life she leaves; she must ignore the chaos on both sides of the divide. And from this deep schism comes an accident that will change her life forever; as Bhutto awaits his fate, their loyal servant Sadiq brings his son to Islamabad so he isn’t swallowed up by Zia’s religious fervour, and a typically Pakistani road accident, complicated by bad lighting and the terror of the American expatriate on lawless roads, claims the life of his boy. That the driver of the car was the mother of Aliya’s best friend is a further tragedy that she must come to terms with, as she watches Sadiq for the break that shows all signs of coming. This simmering turmoil is what drives this quiet novel forward, and its culmination is satisfying when it comes, if belatedly. Who must condemn who, and how? And how do we move beyond calamity, however unwitting?

Khan’s choice of key events is apt, though Mohammed Hanif may have spoilt us for any other look at this period with his wonderful and entirely different A Case of Exploding Mangoes, which played on the satire of the coup and the general’s march on freedom. There are nice little anecdotes from the period, particularly around General Zia, who drives Aliya’s father to taking valium every time he meets him: ‘eyes were cast down, as if he were posing reluctantly, like a Pakistani bride.’ These are stories that we continue to enjoy hearing today: ‘‘Cancel My Last Announcement’. ‘That’s not funny,’ I grumbled. My father was using the general’s latest unflattering nickname, which shared an acronym, CMLA, with one of his titles—Chief Martial Law Administrator. It was supposed to be a joke, but there was nothing funny about it, because it was an accurate description of the man who was making my father—and the country—miserable. The general, in his CMLA incarnation, had broken several promises to the country, including holding elections ninety days after the coup. Worse, the Supreme Court had recently legitimized his martial law.’ And there are colourful analogies which the reader will enjoy: ‘If countries could be people, Land of the Pure was standing tall, wrapped in a green and white sari-flag, no midriff or cleavage showing, not a hair out of place. She’d hardly noticed she’d been violated.’ The reader misses more of this kind of intimate commentary in a narrative that is readable but underestimates its own depths. For the story of Aliya’s coming of age is necessarily complicated by race, and by the strange privilege which lifts her from her countrymen. Even as it stains her: ‘Not sharing the basketball with Hanif was different from other things that made me feel shame— lifting coins from the pile on my father’s dresser, stealing the precious European chocolate he brought back from his travels and giving it to my friends, the smell of caramelized onions in my house which bothered my American friends, and the reality I rarely thought about but which was true, that sometimes I wanted to be white or, at least, American.’

Indeed, Khan holds a unique vantage point, not often represented even by the rich crop of Pakistani writers living abroad, simply as they don’t have access to this kind of biracial perspective and are chiefly interested in their own. At holiday meals, the wiener schnitzel must accompany vegetable pulao; Aliya must stop herself from dosing the veal cutlets with chutney, as her uncle and father do, so as not to disappoint her mother. But the constraints this point of view places on the narrative of this Pakistani story must be admitted; this might be a child’s story and thus a simple one, but there is a limit to how many times we can hear phrases like: ‘But the most important thing was also the simplest. Being white is not being half-and-half. It’s being whole. And knowing it.’ The woes of those cast in with the embassy lot are certainly appreciated, but there is more nuance to that world than is allowed into this part of the story.

The real hero is the tragic figure of Sadiq, a simple servant who redeems himself unexpectedly, after a long punishment. His taking up of a turban, his penance that ultimately does not find him peace but helps save the life of another innocent; Khan has found all the poignant elements of a tale like The Kite Runner. When grownup Aliya meets Sadiq, it all comes full circle as they remember how his boy had predicted his life would parallel that of the prime minister: ‘‘Yes, Alhamdulillah. My son did not suffer and the last few moments of his life were happy.’ I remembered the prime minister and the images of his stinking death cell and rotting abscesses rose in my mind with the same clarity as they had when I was a child. ‘Not like the prime minister,’ I mumbled. The car lurched forward, and I knew I had startled Sadiq with the memory of Hanif’s curious connection to the prime minister. At the next stoplight, Sadiq took both his hands from the steering wheel and lifted his open palms to the sky in a resigned gesture that mimicked his thought.’ Here is the heart of the story, which could have been better vivified by a more skilled writer, but is given to us nonetheless. Khan has a gift for finding a human character or scenario to bear out a historical truth, as is shown in Noor, her debut novel which lyricised the Bangladesh war of 1971. The story wears thin here, but will pick up elsewhere.