The Colony Writes Back

A magisterial rejoinder to the empire and its apologists 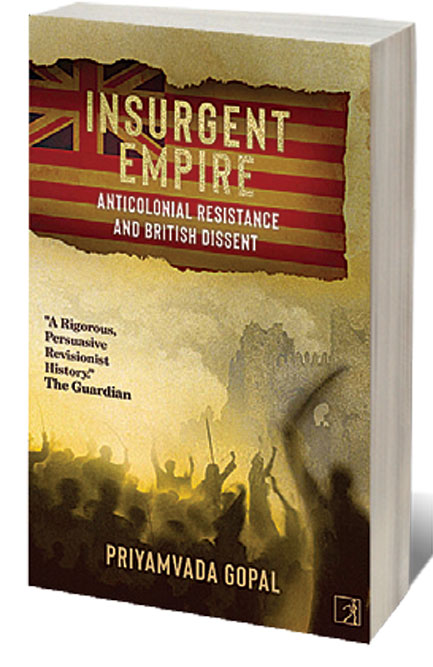 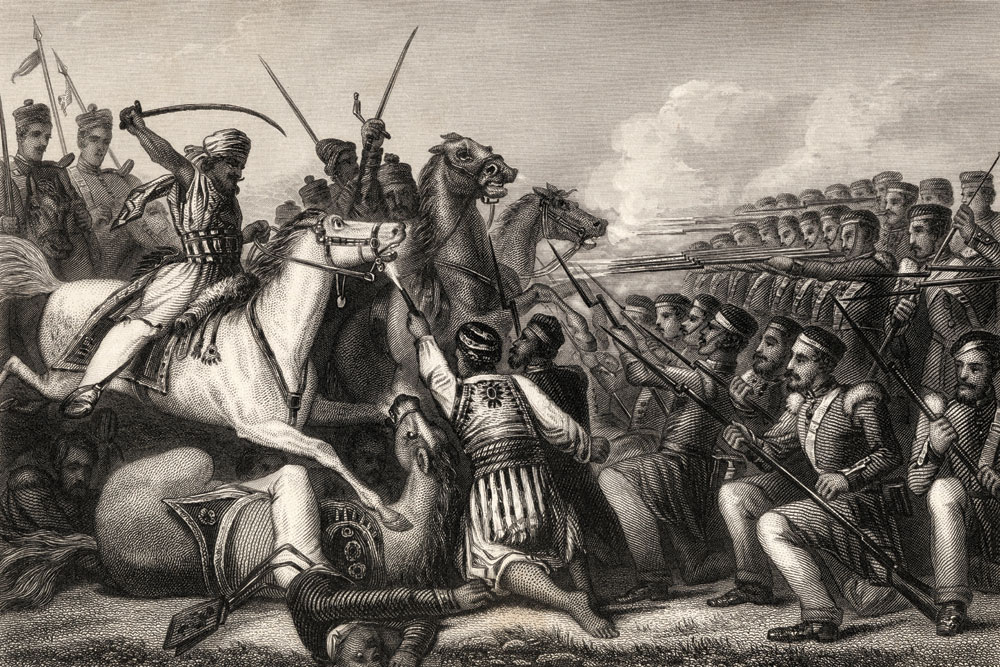 
TRAVELLING IN BENGAL in 1909, the future British Prime Minister Ramsay Macdonald was struck by its renascent national pride. It was this very province, after all, that had given his countrymen a steppingstone to the conquest of the subcontinent 150 years before, and it was here too that Indian resistance now found its personality. Bengal, Macdonald wrote, was ‘doing better than [just] making political parties’. It was ‘idealising India… translating nationalism into religion, into music and poetry, into painting and literature’ and verily ‘creating India by song and worship’. In Bengal, love for the country was wedded to a fascinating intellectual confidence, defying British claims of moral superiority even as it clothed the idea of India itself in ‘queenly garments’. The India that looked upon the West with fear and awe, in other words, was making way for a nation aware of its history and heritage, no longer interested in foreign tutelage.

Flowery prose notwithstanding, Macdonald was acknowledging relatively early on that India could no longer be held in the unequal grip the British had become accustomed to for several generations now. The Great Rebellion of 1857 had put an end to East India Company rule and replaced it with the supposedly benevolent and maternal guidance of the Crown. But the fact was that India’s people remained hostile to the colonial enterprise. As Macdonald warned, any ‘Administration which overlooks that fact, and which puts its hopes on the placidity and friendship of the mass’, was being willfully blind, so that, before they knew it, ‘angry storms’ might arise ‘from all quarters’, overwhelming the Raj. India’s bond with Britain, of course needed, in his mind, to be preserved, but Indian agency could no longer be denied. The old ways had to be jettisoned and something more respectable crafted if at all the Crown wished to hold on to its most prestigious jewel.


Macdonald and the story of his brief but illuminating Indian sojourn is one of many remarkable segments that make up Priyamvada Gopal’s magisterial new book, Insurgent Empire. The volume is, in one way, a rejoinder to sustained and often glamourised views in Britain that, but for a few slips, the empire was a constructive and necessary undertaking. But more importantly, it also argues that resistance in faraway lands to colonial domination had a natural—but largely ignored—corollary in shaping the views of powerful minds within Britain and its establishment, creating legacies that inform our understanding of dissent, class, imperialism and equality even today. In the process, we meet not only colonial subjects who defied the colonisation of their minds and brought forth words and works of striking originality, but also British dissidents who made the effort to discard what they were taught and investigate colonial claims from the perspective of the colonised.

They did this, as Gopal shows, for various purposes, including, for instance, to shore up support for movements at home: it is particularly instructive to read of those who tried to show the British working class that their oppression wasn’t all that different from the injustice unleashed on foreign territory by the same ruling elite; that solidarity with ‘natives’ overseas could help fight systemic inequality even in Britain. One voice we meet belongs to Shapurji Saklatvala (1874-1936), the Parsi communist who sat in the House of Commons. As Gopal reminds us, in India he talked of two sides to the West: ‘One dominating, commanding, exploiting and monopolizing’ and the other ‘suffering, dictated, exploited and dispossessed’. In London, meanwhile, he called out the hypocrisy and ignorance afflicting even the Labour movement. Why was it, he asked, that when White masses pressed for their rights it was lauded as ‘the spirit of democracy’, while similar actions by Indians constituted sedition? How was it that English grandees felt such grave concern for the discrimination inflicted on Dalits, seated all the while in Whites-only clubs that treated everyone of colour as social untouchables?

The book is not, to be clear, focused on India alone: Africa and African resistance to colonial rule, for example, are also brought forth, featuring British figures who objected to and were positively mortified by their country’s actions in Egypt, to those like Nancy Cunard whose effort to compile Negro: An Anthology featuring a galaxy of black voices was fraught with challenges. (In passing, Gopal also tells us how, when Cunard went to America to work on this project, ‘she received voluminous amounts of horrifyingly racist and misogynist hate mail suggesting that sex with black men was her main aim’—precisely the kind of response women with opinions get even now, with the added swiftness of the internet.) These men and women in British society championing unfashionable causes and seeking to understand and build bridges with colonial intellectuals did so often, we discover, at great personal cost and unpopularity. They receive in Gopal’s book a certain vindication and overdue respect, even as she places them in a larger, compelling context.

Not only was 1857 much more than a military ‘Mutiny’, it came from a clear understanding by Indians of the unequal and unjust system foisted upon them by a foreign race

To Indian readers, however, one of the most interesting chapters of the book will be one that covers the ‘mutiny’ of 1857, through the work of John Bruce Norton and others. The rebellion that year startled almost everybody in Britain, whose fears were allayed only by the fiction that it was, essentially, a military insurrection, not a mass movement, and by the claim that British intervention in religion had provoked a violent response from mindlessly religious people who still needed imperial supervision. Norton, however, who actually lived in India and had his ear to the ground, even then argued that this was hardly a complete picture. Not only was 1857 much more than a military ‘mutiny’, it came from a clear understanding by Indians of the unequal system foisted upon them by a foreign race that violated every principle of law and justice with impunity. Like him, at home Ernest Jones and Richard Congreve also took contrarian positions, calling for strong interventions to actually apply in India the principles of justice and equality the British ostensibly swore by, and to treat Indians not with overbearing paternalism but with a degree of respect.

Gopal is a significant scholar of empire and the book is rich in historical detail and reflection. This makes Insurgent Empire both a tremendous contribution as much as a guide to new points of investigation—I discovered by the end that I had dogeared every third page, and there is content within to spark a dozen tomes on a variety of subjects. Some minor mistakes do make their way into the text (the Mappila Rebellion of 1921 in Malabar is
presented as being led by Shia Muslims, for example, when, as far as I am aware, the Mappilas are almost all Sunnis). But these do not affect the larger argument that Gopal puts forth. The only infirmity that does appear is in the fact that while there were voices in Britain seeking to understand colonialism from alternate perspectives, they remained for most part marginalised in that country. Perhaps this was because the odds were, at the time, stacked against them—a subject that deserves scholarly inquiry of its own. But on the whole, Insurgent Empire is the kind of book that deserves to be read not once or twice, but slowly and deliberately even a third time, till one grasps each one of its very many spirited arguments.