The Age of Dissent 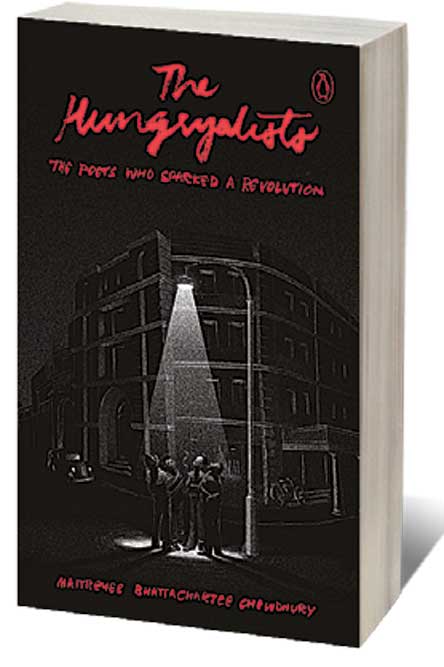 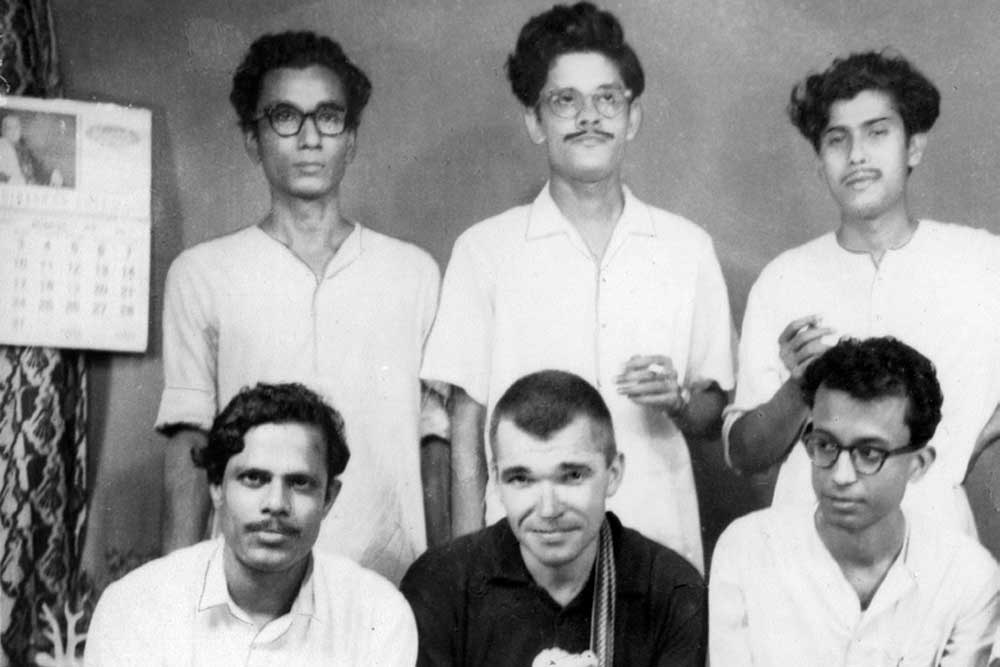 ‘RARELY HAVE POETRY movements around the world impacted generations of writers, intellectuals and thinkers in the way these two movements have. In that sense, it is also the narrative of an entire generation,’ writes Maitreyee Bhattacharjee Chowdhury in the introduction to The Hungryalists, referring to America’s Beat Generation and India’s Hungry Movement.

The Hungryalists were born on a rainy night in Patna in 1961. Formed by brothers Malay and Samir Roy Choudhury, Shakti Chatterjee and Haradhan Dhara (a Dalit writer who went by his adopted name Debi Rai), the movement was joined by other poets and artists subsequently, sparking a sociocultural revolution of sorts in postcolonial Bengal. Against the backdrop of rising unemployment, political unrest and migration from East Pakistan, the Hungryalists’ poetry rejected the literary aristocracy of Calcutta.

Chowdhury follows the narrative non-fiction format to recreate the generation’s chronicles in the 60s, their stories culled from personal interviews, memoirs, journals and other books. She also gives plenty of political and historical context to establish how the Hungryalists’ works unshackled readers’ perceptions of what literature was.

‘For the Western-educated bhadralok Bengali of Calcutta, the very presence of the refugees was a scar on their private and intellectual landscape and reason enough to feel ruffled. An entire generation of Dalits suddenly became ‘refugees’, or the refugees became the new Dalit,’ she writes.

The Hungry bulletin began being published from Haradhan’s tiny room in a slum in Calcutta. Its first manifesto had his adopted name as editor, and his slum address for official correspondence, in what was ‘a deliberate move to offend the conservative elite custodians of culture’.

There’s also a parallel narrative of Allen Ginsberg’s travels in India with his long-term partner and fellow poet Peter Orlovsky in the 60s. A proponent of the Beat Generation, Ginsberg—like many Americans looking to escape the traps of a consumerist lifestyle—found himself lured by the spiritualism that surrounded India. He spent significant time with the Hungry poets in Patna, Varanasi and Calcutta.

As their popularity grew, members of the Hungry group also started their own magazines, encouraging younger voices. The bulletin became more inclusive too—two of the members, Subimal and Rajkamal, published a trilingual (Bangla, Hindi, English) edition. Apart from critiquing politics and religion, the ‘Bhookhi Peedhi’ soon became infamous for their poetry celebrating the sensuous, at a time when the expression of physical desires was considered taboo in literature: ‘They introduced the idea that obscenity was a social and artificial construct, created by class-conscious people.’

In May 1964, a 16-page Hungry manifesto included a poem by Malay, titled ‘Prachanda Baidyutik Chhutar’ (translated into English as ‘Stark Electric Jesus’) and addressed to a fictional lover. The poem, with its raw emotion and overt references to sex, created a stir. By September, arrest warrants had been issued against 11 of the Hungry poets, including Malay, Samir and Debi.

The Hungryalists got international attention when Time featured their revolution. More coverage from Latin America, Europe, Australia and the US followed. But the movement’s gusto started dwindling after the arrests—their morale was broken and Malay came to realise that ‘a revolution was pointless when betrayal came from deep within’. Shakti had left the group a few years earlier, and testified against them in court. Malay was acquitted in 1967, and there were many failed attempts to regroup in the years after.

With the Naxal uprisings, the state government began taking extreme steps to rein in the rebellious. While the Hungryalist Movement ended, most of the poets never stopped writing or editing until their death.