Diksha Basu creates a comedy of manners set in Delhi 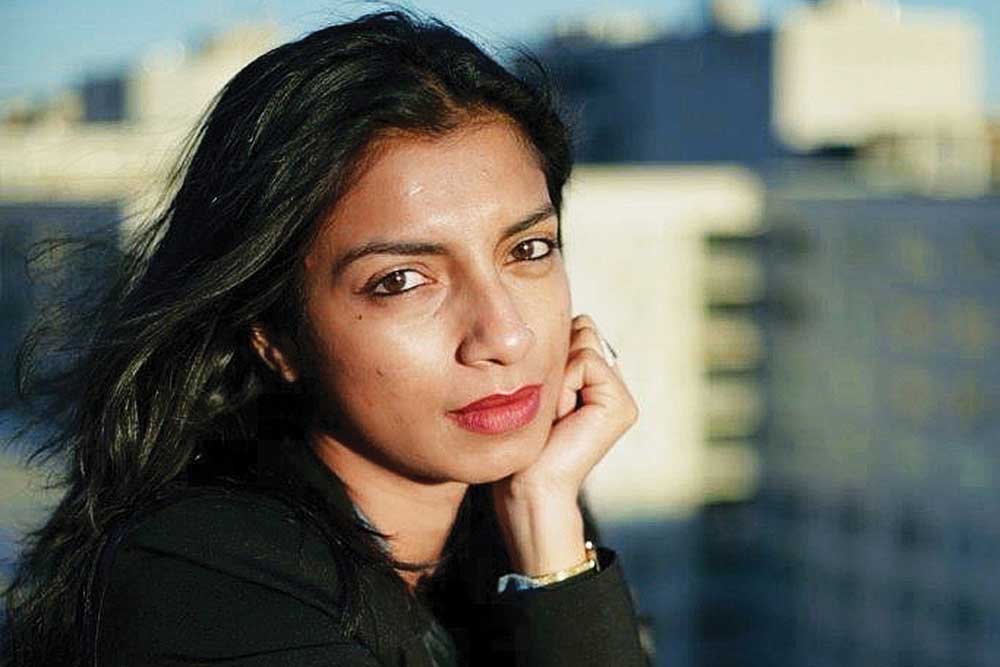 MONEY CAN BUY a great many things: a BMW, a Manish Malhotra sari and a replica of the Sistine Chapel in your living room—and with these earthly pleasures, a dose of accompanying anxiety. In Diksha Basu’s new novel, The Windfall (Bloomsbury; 304 pages; Rs 499), the characters pad about effulgent in their halo of wealth. But the insulation provides little comfort from the insecurities that the riches bring in their wake.

First-world problems that the Delhi elite face include: why isn’t the security guard wearing his hat? How do you casually intimate your neighbours you will be travelling by business class? Should one throw a puja party at home?

At the heart of the novel are the Jhas, an east Delhi-based family who suddenly have the luxury of pondering over such questions. After a serendipitous website sale leaves them flush with cash, they decide to relocate to a posh enclave of Gurgaon. Just outside Delhi, it is an antiseptically sealed off universe with its own operating procedures.

‘Unlike Mayur Palli and the rest of east Delhi for that matter, the houses in Gurgaon were spaced grandly apart and interactions between the neighbours seemed minimal,’ Basu writes. ‘Mr Jha knew he was supposed to want that— that was how rich people’s tastes were supposed to be.’

Money is the magic carpet that has brought the Jhas here from their community-centric life in a colony. But you can’t simply up and fly off without the middle-class baggage. Mr Jha is the more anxious one of the couple; every interaction with the new neighbours seems like a minefield to negotiate. Not just that, there are the old neighbours to deal with before relocating, neighbours whose barbs about social mobility are coming thick and fast.

Basu was born and raised in Delhi in the 90s before her family moved to the US, a time “when this explosion of wealth all around was very evident and hard to ignore”. But frequent trips back to the capital afforded sharper glimpses of a newly-liberalised, changing country. “Of course, I was a pre-adolescent at the time so I wasn’t consciously thinking of these things then,” Basu, 33, says on the phone from New York, “but 20 years later when I came back to write, all of that had very clearly affected me and stayed with me as things I had observed growing up in Delhi.”

She recalls JanSport backpacks and branded stationery suddenly filtering into student lives, details that slip right into the book. “So much of it was from that time period,” she says. “And Delhi is such a fascinating city, it has so many layers and is so multifaceted. And a lot of that made its way into the novel.”

Some telling flourishes capture the essence of middle-classness that clings to the newly-monied family. The young son Rupak has a nostalgic urge to gift his girlfriend a Camlin pencil box. Mrs Jha refuses to surrender herself to the shower entirely, and retains a mug and bucket for sanitary ablutions, much to her husband’s dismay. Mr Jha is offered Black Label, but would just like some Old Monk, thank you very much.

The tics of the rich and the wannabe rich can be fertile ground for laughs, and the comic approach is well suited to exploring their absurdities

The tics of the rich and the wannabe rich can be fertile ground for laughs, and the comic approach is well suited to exploring their absurdities. “I really enjoy comedy as an art form,” says Basu, who counts PG Wodehouse and Nora Ephron among the writers she enjoys. “When I started working on this book, Gary Shteyngart, one of my professors who has a terrific sense of humour and incorporates comedy into his writing, was the one who really supported me doing this, because at the MFA there weren’t many people doing comedy or writing anything funny. A lot of the writing was very earnest. Gary gave me the backing to explore my fiction through humour.”

There are genuinely funny moments to be had, including a formal colony meeting that descends into a fracas over a pair of missing yoga pants and a temple sequence involving an about-to- be-blessed pair of keys and a renegade shoe. The characters are oblivious to their own ridiculousness at times, a cluelessness that comes handy in a comedy of manners such as this.

A sub-plot focuses on Rupak, the 23-year-old business school-going son in the US, whose existence outside the mayhem of his parents’ life, is matched only by the mayhem in his own. How is he to tell them about his White American girlfriend? Does he really like this New Delhi girl who has waltzed into his world? How much longer can he keep failing and hide it from his family? Rupak is a hot mess, in different ways.

Then there are the Chopras, the new neighbours, exaggerated creatures with bizarre antics. In Gurgaon, walls might separate the homes, but status surveillance operations are part of their extra- curricular life. Of Mr Chopra Basu, writes: ‘He could count on one hand the number of things that frightened him—stray dogs, rusted edges on cans, bearded men on airplanes and young women in two-piece bathing suits. But the thing that frightened him most was poverty. And, he understood far too well, that poverty, like all tragedy, was largely relative…’

Status-related pathologies are hardly location-specific, though. “I think it’s a global thing,” says Basu. “I think the incarnation it takes in my novel is very specific to Delhi. But I think it exists not just in Delhi and Bombay, but in every city around the world and I hope that’s what makes the novel a bit more universal. Whilst [the novel is] deeply rooted in Delhi, a lot of these insecurities, a lot of the inadequacies people feel go beyond borders.”

The novel began as a series of inter- connected short stories for Basu’s thesis during a creative writing degree at Columbia University in New York. She later developed these into a single narrative. “It was much more satisfying to work on as a full-length novel as opposed to the short stories because by that point I was so invested in these characters,” she says. “I wanted to give them something much fuller and I think the novel format did that.”

In places, though, the novel seems to heave under the weight of its own baroque detailing. The headlining theme of commodity fetishism means every item is carefully catalogued. Basu also spends a lot of energy telling us about another kind of consumption culture: what, how and how much the characters eat and drink. “I think because it’s also at its heart a family novel,” she says, of the copious food references. “Families are so defined by meals…It’s such an integral part of family life. And I think the way families eat just fascinates me.”

Basu lived in Mumbai earlier, working for a while as an actor before she started writing. The shift came after she “got sick” of an industry where her professional fate was often not in her own control.

“It was quite a natural thing to move from acting to writing. I think they are connected fields,” she says. “They are similar in terms of living other characters… I think there is this similarity of not necessarily wanting to escape reality but maybe to have access to alternative realities; to be able to fit many lives into the one life that we lead.”

Television rights to the novel have already been bought. Basu herself is not quite done with the Jhas and is working on a spin-off. “It’s not a sequel,” she says. “But I wasn’t quite ready to say ‘bye’ to these characters yet.”