A writer emerges bruised but not broken from an abusive marriage 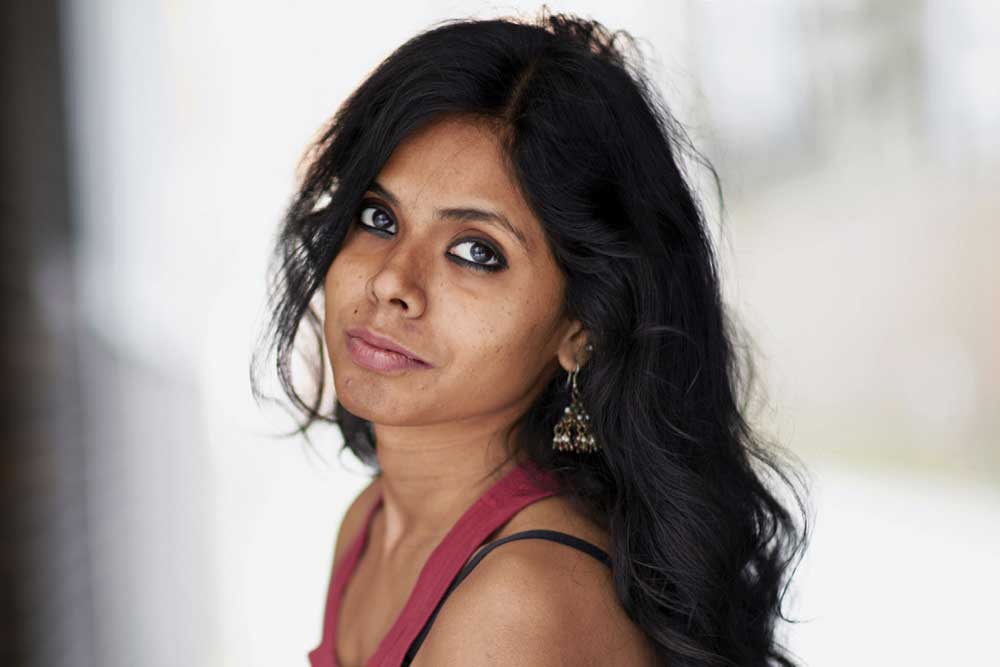 THE FIRST VOICE in Meena Kandasamy’s novel When I Hit You: Or, a Portrait of the Writer As A Young Wife is that of the protagonist’s mother. The matriarch opens the book with a discussion of how she nursed the narrator back to health after the young woman escaped an abusive marriage. Even the appendages her mother describes—the blackened feet, the lice-ridden scalp—are at the peripheries of her daughter’s body. The mother’s telling, riddled with exaggeration and inaccuracies, shoves the narrator into the margins of her own life.

Listening to her mother is, ultimately, what spurs the protagonist to authorship. ‘I am a writer,’ the protagonist tells us. It is time, she says, to wrestle her narrative—and, in the process, her life— back into her control.

Like this scene—replayed in countless Chennai homes where secondhand stories of survivorship are told and retold in judgmental whispers—so much of the novel rings true that it often feels more like nonfiction than fiction. This hunch is compounded by the fact that the plot draws from Kandasamay’s life: the setting of a ‘coastal town;’ the abuser’s previous, hidden marriage; and the eradication of the survivor’s social media accounts and access to the outside world all appear in a 2012 autobiographical essay Kandasamy wrote for a weekly print magazine. In the end, though, her masterful storytelling renders the question of fact versus fiction irrelevant: her command over her craft creates an honest vulnerability that gives the book its momentum. The details may or may not be true; the voice, unquestionably, is.

Kandasamy first gained acclaim as a poet, a fact that is evident in her lyrical prose and her authorial choices. Her use of the present tense accentuates the narrator’s dizzying urgency in her search for the self she has lost in the maze of her husband’s brutality. Her careful choice of words maintains a vertiginous, ominous tone. When describing the home where her abuse will take place, she mentions ‘maroon-framed windows,’ ‘thick ochre and red-rust curtains,’ and a ‘standard-issue red gas cylinder,’ as though the place was already covered in blood.

Indeed, words play a central role in the protagonist’s realisation of the extent of her husband’s violence. When reminiscing about a former lover, she lists a collection of Tamil terms about sexual pleasure and desire that she learned in their shared bed. Through her abuser, though, she learned only a few mundane words and phrases in Kannada, the language of the coastal town where they now live: eggs, milk, onions. And, most chillingly, ‘I want to go to the town with the cemetery.’

The plot is driven by the narrator’s central question of how a feminist like herself could end up with an abusive husband. At one point she realises she was attracted to her abuser because he appeared to be the ‘staunchest warrior’ against injustice; she thought marrying him would make her a warrior too. In the end, it is the act of not only escaping her marriage, but also regaining control of her story, that gives her the resilience and strength she sought in her ill-fated union.

This is nowhere more evident than in the book’s ending. Kandasamy frequently alternates between first and third person perspective, a flipping that mirrors the narrator’s tendency to edge toward her story and then away, particularly in the most devastating scenes.

The final chapter, though, settles into the first person, beginning each sentence with the words ‘I am,’ and enumerating another aspect of the author’s complex, painful and glorious survivorship.

In the reader, this creates a sensation of the narrator landing back in her own body, reclaiming the self she lost, and embracing a radical self-acceptance rarely seen in narratives of abuse. It is a refreshing way to end a tale about the startling tendency of hardship to take us by surprise—no matter how young, fierce, and talented we may be.