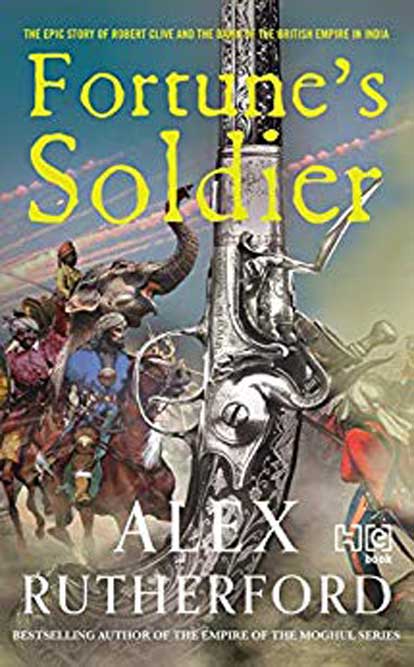 This book opens in mid-eighteenth century when Nicholas Ballantyne travels from the Scottish Highlands to Hindustan in the footsteps of his great great grandfather. Though reluctant at first, he starts looking forward to the journey when he reads the letters sent by his great great grandfather, who had gone as a page to Sir Thomas Roe, but later took up service in the court of Emperor Shahjahan.

When Ballantyne reaches London to board the Winchester, a guide tries to trick him and a skirmish ensues. He emerges unscathed and proceeds to board the ship. The incident serves as a precursor to the many skirmishes, big and small, that await him in his new home. On board the ship, he meets Robert Clive and George Braddock, two men with whom he forges a close relationship. His friendship with Clive especially, and their rise through ranks from being ordinary civilians in the employ of the East India Company to important positions in the English army, mirrors the rise of the of the company that came to Hindustan for trade and ended up laying the foundation for taking over the rule of the country.

Fortune’s Soldier by Alex Rutherford, which is the pen name of husband and wife, Diana Preston and Michael Preston, chronicles the slow but steady transformation of the East India Company from a trading entity to a ruling body in India. The aim of the company initially was to establish a monopoly on trade after removing their main European rival but each time they were able to successfully thwart the French, the ambitions of the officers of the company, like Clive, rose. The revolt of the Scottish Highlanders, with French support, against the English monarch offers a brief background glimpse to the animosity between the two major European powers. The attempts between the companies of the two countries to wrest support from local rulers ostensibly to establish and anchor trade soon turn into power struggles to establish control over the region.

The revolts that spring up take the reader from Madras through Pondicherry to Cuddalore, Trichinopoly, Arcot, before moving to Calcutta and ending with the Battle of Plassey. Meticulously researched, the happenings around each revolt, the intrigues and the strategies, make for interesting reading. In today’s world when information travels from one end of the world to the other at the touch of button, it serves as a reminder about the times when information from far off lands could take months to reach India. The book also emphasises how focussing on differences has been a tactic through centuries to sow mistrust and animosity between people:

‘…were his prejudices any different from those in Europe, where Protestants and Catholics had so recently fought and killed one another? It would be disappointing if his quest to learn more about Hindustan was only going to teach him that men’s prejudices and suspicions were the same the world over—a dislike and distrust of anyone who differed from themselves in any way.’

Set in five parts, the book traces the waning power of the Mughal kingdom and the lack of unity between the small kingdoms as also the struggles for power within small kingdoms that weakened them further and led to their eventual collapse. Interspersed with the political revolts and war strategies, details about the personal lives of the main characters add colour and depth to the narrative. We come to know of the strict principles by which Nicholas Ballantyne lived his life and Robert Clive’s ambitious vision for himself and the company. Through the depiction of Ballantyne’s friendship with Tuhin Singh, his steward, his camaraderie with the Nawab of Carnatic, Anwaruddin Shah, his attempts to win over Sirajuddin Daula, the fictional character of Ballantyne comes alive to the reader. When a love interest manages to drive a wedge between Ballantyne and Clive, the stories of the two men, which had been following a similar trajectory with regard to their professional lives, diverges dramatically.

Even though detailed descriptions slow the pace at times, it also recreates the atmosphere for the reader. The narrative advances mostly through the depiction of the various revolts that take the main characters from Madras to Calcutta. War strategies and details about the actual combat bring alive an era that remains largely restricted to history books and therefore not immediately accessible to all. The authors have included details taken from historical accounts to lend authenticity to the events unfolding in the pages. Fortune’s Soldier shows how small incidents can lead to big changes in the landscape of a region and the dangers of letting petty differences weaken the fabric of society. 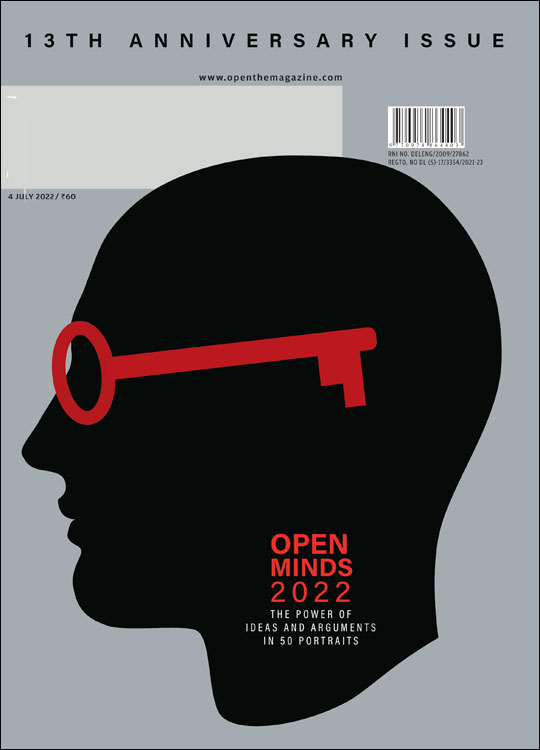