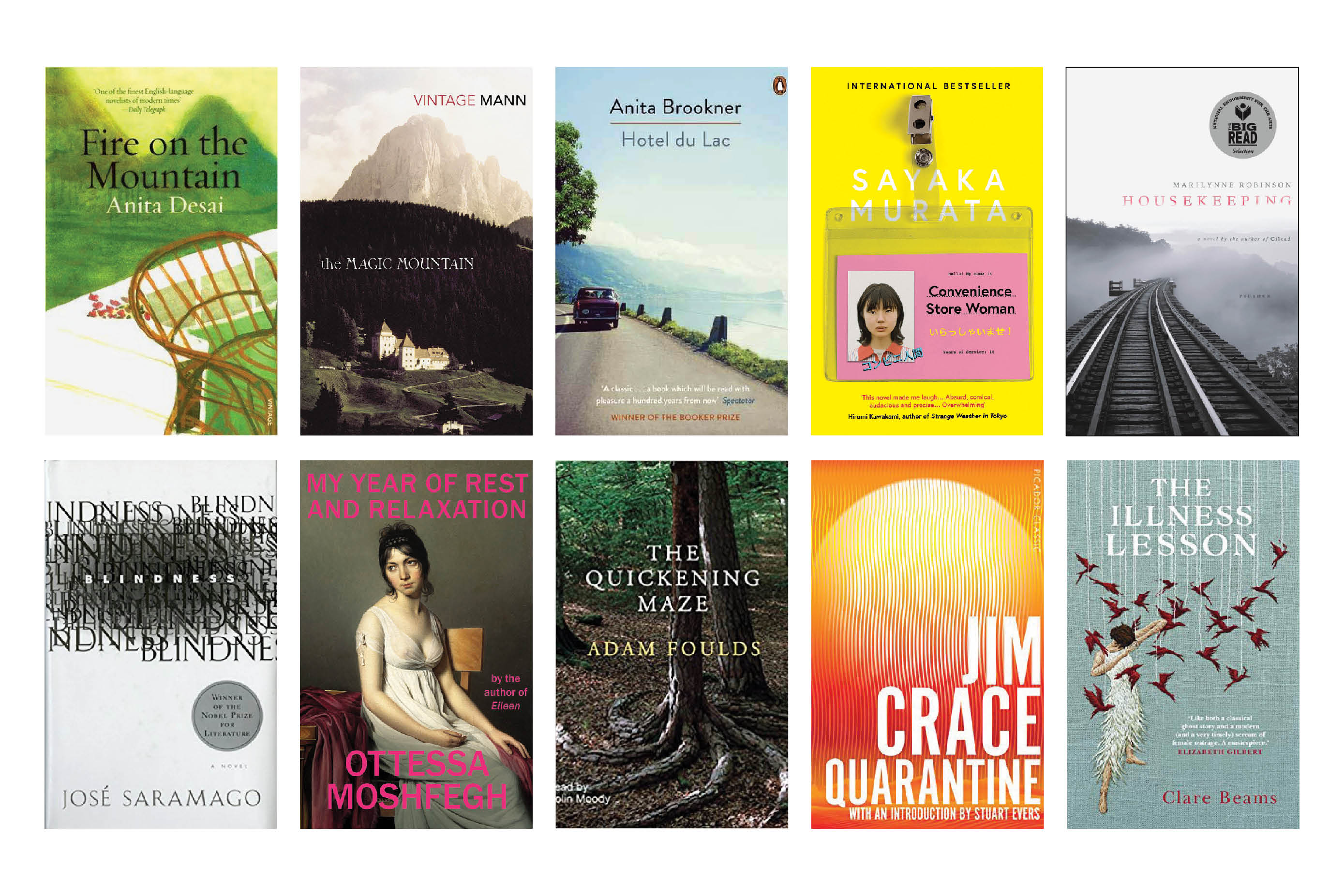 ‘She wanted no one and nothing else. Whatever else came, or happened here, would be an unwelcome intrusion and distraction.’

All of Desai’s novels are wonderfully interior—Clear Light of Day prominent among them—but this lesser-known novel takes her protagonist to a truly solitary refuge, alone in the mountains. Nanda Kaul has retired from public life to a remote bungalow called Carignano, in Kasauli, until her great-granddaughter turns up one summer. Full of quiet insight and the poetry of nature, this Sahitya Akademi award-winner is that rare thing: an uncrowded Indian novel. This one is for everyone who seeks to escape the chaos of urban cities in isolation—and for that grandparent who doesn’t mind social distancing, virus or no virus. 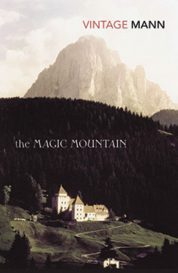 ‘And life? Life itself? Was it perhaps only an infection, a sickening of matter?’

If you have been putting off reading this 720-page sick litclassic, now is the time. Set in a tuberculosis sanatorium in the Swiss Alps, the story of Hans Castorp, a young engineer who goes to visit an ailing cousin in Davos and stays for seven years, is legendary. Mann was writing of a pre-war Europe (the book ends with the beginning of the war); of life, love, death, art. Importantly, he was also writing of the experience of serious illness and medical institutionalisation. It’s all big stakes, for those who are taking the long view. 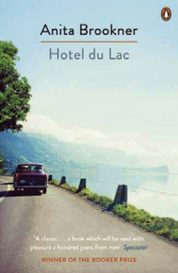 ‘Her friend and neighbour, Penelope Milne, who, tight-lipped, was prepared to forgive her only on condition that she disappeared for a decent length of time and came back older, wiser, and properly apologetic.’

It is September in Switzerland, and everything is fittingly gray. A writer of romance novels finds herself forced into a kind of social quarantine, following an unsuitable affair. Reveling in solitude, Edith Hope writes letters to her lover from the eponymous hotel—and, soon enough, she finds love’s other victims and exiles have checked in too. This novel is a quiet gem, for those thinking over something big during self-isolation. Whether you’re in hotel quarantine or finding that home can be both a sanctuary and a prison, it will engage and endure. 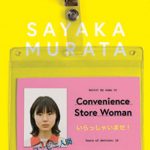 ‘Infecting each other like this is how we maintain ourselves as human is what I think.’

Keiko Furukura is a 36-year-old oddball who has spent her adult life working at the Hiiromachi Station Smile Mart in Tokyo. Shining in the neon world of the convenience store, she finds it difficult to conform to the expectations of society; that she advance through career or marriage, or both. She soon realises that true comfort lies in the measured isolation of the life she has chosen. A wonderfully weird, thought-provoking book—for those who continue to service society in peculiarly invisible forms, and those who secretly wish to join them.

HOUSEKEEPING by Marilynne Robinson (1980)
‘Once alone, it is impossible to believe that one could ever have been otherwise.’ 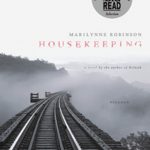 The cold nights, the sylvan lake—the remote, gorgeous universe of this lesser-known novel by Robinson. Orphans Ruth and Lucille Stone are raised by various relatives before their aunt Sylvie finds them in Fingerbone, Idaho, in this classic homage to isolation. In their lakeside town, Ruth, the narrator, revels in solitude and floats pleasurably away from civilisation with her drifter aunt. This is the America of those whose hold on the modern world is tenuous and unfulfilling,of those thinking wistfully of Walden and Thoreau’s experiment by the pond.Take this impressionist journey into the alternate life some dream of transitioning to, after the pandemic and before climate change. 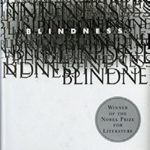 ‘The only thing more terrifying than blindness is being the only one who can see.’

The Nobel Prize winner’s frightening fable takes us inside a world under siege;an epidemic of white blindness seizes an unnamed city so that everyone is quarantined in an abandoned mental asylum. Only the doctor’s wife, who has pretended she has fallen prey to the contagion, can see. Anarchy rules, as she tries to lead a small band of inmates out. Written in a dense, tight style, with little punctuation, Saramago’s dystopian work speaks powerfully to the current order.Required reading for those who dare to imagine that what is worse might actually be what is ‘better’, this one is scary but worthy.

MY YEAR OF REST AND RELAXATION by Ottessa Moshfegh (2018) 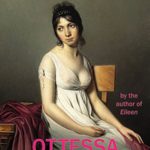 ‘I knew in my heart—this was, perhaps, the only thing my heart knew back then—that when I’d slept enough, I’d be okay. I’d be renewed, reborn.’

Napping a lot during the epidemic? You might enjoy this somber, smart andoften humorous account, narrated by ayoung art history graduate who quits her job after her parents’ death to spend a year in slumber, in 2000. Taking breaks to watch Whoopi Goldberg films and order lingerie, our heroine seems bent on either destruction or redemption. Indeed, the novel leads up to 9/11 with a neat synchronicity that mirrors the sense of looming disaster prevailing today. For those who want to (power) sleep their way through this year, because we don’t know how long quarantine will last.

THE QUICKENING MAZE by Adam Foulds (2009) 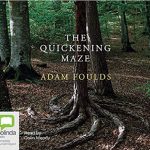 ‘The world is a room full of heavy furniture. Eventually you are allowed to leave.’

Set in 1837, at a mental asylum called High Beach in the verdant Epping Forest, this novel unites nature poet John Clare and young Alfred Tennyson in rich historical fiction. Using real-life speculation regarding whether Clare and Tennyson met, talented Foulds employs a varied cast who are caught up in the machinations of the hospital’s owner, Dr Matthew Allen.This novel is both an ode to isolation and the petri dish of emotions that come of being shut up in a small space. For those seeking beauty in madness and a challenging read, Foulds offers lyrical, moving prose. 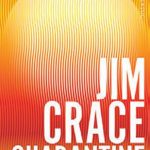 ‘We seek the wilderness because in this solitude we can hear ourselves more clearly.’

This retelling of the Biblical story of Christ’s forty days of temptation and fasting in the desert gives us one of the most ancient quarantines of all time. Going back two millennia, Crace conjures us the Judean desert, in all its spare, brutal beauty. But in his myth-exploding, unsentimental version, Jesus is just one of a handful of compelling figures who have retreated to the wilderness. A well-crafted yet hard-hitting novel which will appeal to fans of both Coetzee and Conrad, this one might be read best between more cheerful books—for those seeking enlightenment and ancient wisdom.

THE ILLNESS LESSON by Claire Beams (2020) 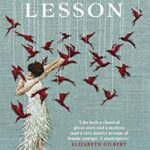 ‘We were, I think, making girls for a world that does not exist.’

It is 1871, and Caroline Hood’s father Samuel has set up a rigorous school for girls on the site of his previous social experiment in Massachusetts—a failed utopian community. His plan is noble, but soon, the girls start to succumb to inexplicable ailments: fits, hysteria, strange markings. The novel’s theme is, of course, control over women’s bodies and their pain—fitting when both our bodies’ vulnerability and new orders are on our mind. Just released, this is another kind of dystopian mini-universe to explore as an ideal of isolation. Beams’ second novel, it is already earning her comparisons to Margaret Atwood.