Urdu writer Rahman Abbas on the challenges of being defiant 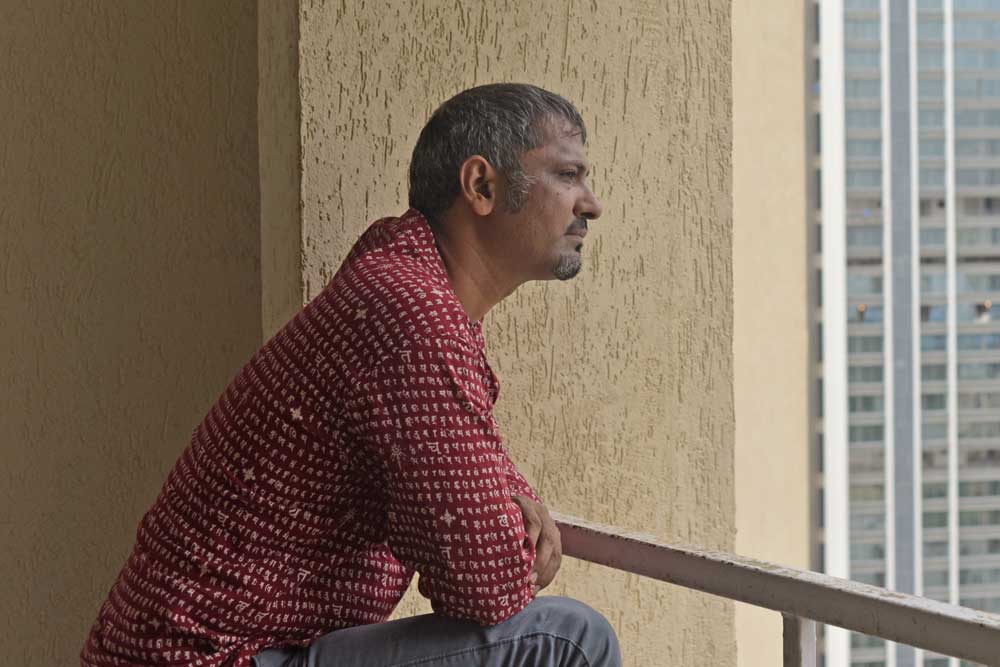 A few paragraphs were all it took for the trouble to start. Thirteen years ago, Urdu writer Rahman Abbas was booked for obscenity for his debut novel Nakhlistan ki Talash, a love story set in Bombay following the 1992-93 riots. The offending two or three paragraphs dealt with love and sex.

It’s been more than 10 years since that particular combination of words got him arrested and two since the case of obscenity was closed. But aside from polishing the rawness of a first novel, he probably wouldn’t change the words.

“I may [take] care about a few words; I will use those words but will try to use them more creatively,” he says, when asked what he would have done in hindsight. “But I don’t think there is any word we should hide. I, for one, cannot.” He continues, “As Manto said, you say ‘breast’ for ‘breast’, you can’t use another word. Or for a ‘chair’ you have to say ‘chair’, you cannot say ‘donkey’.”

A medium-height man with a soul patch and a disarming frankness, Abbas, 46, is currently translating Nakhlistan into English, and expects it to be published next year. He has just come back from a tour of Germany with the German translation of his fourth and latest novel Rohzin—the first time any of his novels has been translated. Next month, Rohzin’s English translation, by Sabika Abbas Naqvi, is slated for release. Set in Mumbai, the love story opens with the flood of July 2005 and won a state Sahitya Akademi award in 2017.

But to a general audience Abbas, a former teacher, is still perhaps best known as the writer who found himself in the crosshairs of an outdated legal provision: Section 292 of the Indian Penal Code that punishes obscenity in writing and art.

“I don’t regret what happened,” he says. “These are the challenges you have to face as a writer or creative person. If your society is orthodox, it is your duty to challenge the orthodoxy.”

And that is precisely what he plans to do. Since the police case that changed his life, Abbas has left the teaching profession, won and returned a Sahitya Akademi award, won and retained a Sahitya Akademi award, and is in the incipient stages of launching a broader campaign against Section 292. That section, among others, has for years been a part of the restrictive free speech architecture that bedevils Indian writers and artists.

“There is freedom for people to protest against a book, to dislike a book. I respect that freedom. If I have the freedom to write, people have the freedom to criticise,” says Abbas, who won his first state Sahitya Akademi award for his third novel, Ek Mamnua Mohabbat ki Kahani . “But a [legal] provision that gives people an opportunity to send a writer to jail, that should be stopped.” He adds, “For a democracy, this is crucial.”

The first step, Abbas believes, is to galvanise public opinion through writing and advocacy against Section 292 in particular. A public interest litigation (PIL) opposing the use of this provision against writers and artists is already in the works.

“These are the challenges you have to face as a creative person. If your society is orthodox. It is your duty to challenge the orthodoxy”

Abbas is also busy working on a fresh piece of Urdu fiction, his first literary effort since the case against him was closed in 2016, liberating him in several ways. “For my next novel, I will try to explore the things I couldn’t explore in my previous three novels,” he says. “Since the case has ended, I feel I am free to write.”

Abbas denies the impact that fame— or infamy—can have on the reception of a work. “I think if you aren’t a good writer, it will not help,” he says. “Nothing can help.” He names Sadat Hasan Manto and Ismat Chughtai as illustrious Urdu predecessors who were prosecuted (though ultimately unsuccessfully) under the same law he was. Then he chuckles: “There is no single example of bad writers having any problem.”

In 2016, various groups protested against Tamil writer Perumal Murugan’s One Part Woman and sought a ban on it. In 2015, Jharkhand-based writer Hansda Sowvendra Shekhar’s The Adivasi Will Not Dance was banned by the state government on allegations of having violated Section 292, among others. Earlier this month, the Supreme Court dismissed a plea seeking a ban on the Malayalam novel Meesha. To Abbas, this is part of a wider pattern. “English writers enjoy more freedom than us. I don’t know why. Alice Walker’s novel was in our syllabus and used those same words that I did and went to jail for,” he says. “On the one hand, the Government makes you read a book; on the other hand, if you use the same word in your text, you are a criminal.”

Though he was let off without a trial—the complainant told the court she had misunderstood the offending passages and the case was closed—Abbas spent one night under arrest in Arthur Road jail until his lawyer was able to complete the bail formalities. “It was quite a humiliating process,” he says, its memory still fresh more than a decade later. “When you go to jail, you feel your whole freedom is gone, that you will never get out of there.”

The experience was both debilitating and transformative. “I remembered Manto and wrote about how I felt the pain of Manto,” says Abbas, a touch dramatically. “If you are a writer or journalist and you experience jail, you understand the importance of freedom. I had it when I was writing; when it is stopped, you realise the importance of maintaining it. It’s not only your struggle, but a struggle of humanity.”

Though he lost his job, was pilloried at the time by the Urdu media, and still faces the censure of conservative Muslims, he now has more enthusiastic readers, he believes. “Now my writing has been accepted in a big way. Urdu readers are not that narrow minded,” he says. “They are openly reading and I am happy when young people appreciate the work which the previous generation had condemned.”

Abbas taught at a Muslim institution for several years and was also the principal of one. He later decided to leave academia and joined a think-tank fulltime in 2012. “If you are liberal Hindu, you won’t work in an RSS shakha,” he says of leaving that minority institution. “It is very conservative. Through education, they want to promote their religious ideas. I believe education should be 100 per cent secular; there shouldn’t be any discussion on religion. But now both communities are insisting on preaching religion and morality, and that is antieducation, anti-scientific temper.”

In 2015, Abbas joined the awardsreturn protests initiated by authors disturbed by the silence of institutions and the apathy of the Government to violence against free thinkers. Like many writers and intellectuals, he too is concerned about what he perceives as the shrinking space for dissent in the country and the rise of divisive politics. “The right-wing is gaining. And only because it is doing the same ugly, dirty propaganda and dividing people in the name of religion,” he says. “There is a feeling that Dalits, Muslims, Christians, Adivasis can be targeted. Yes, there is a fear. And people should speak up.”