The cliques, clans and defining moments of the 13th edition of the Jaipur Literature Festival 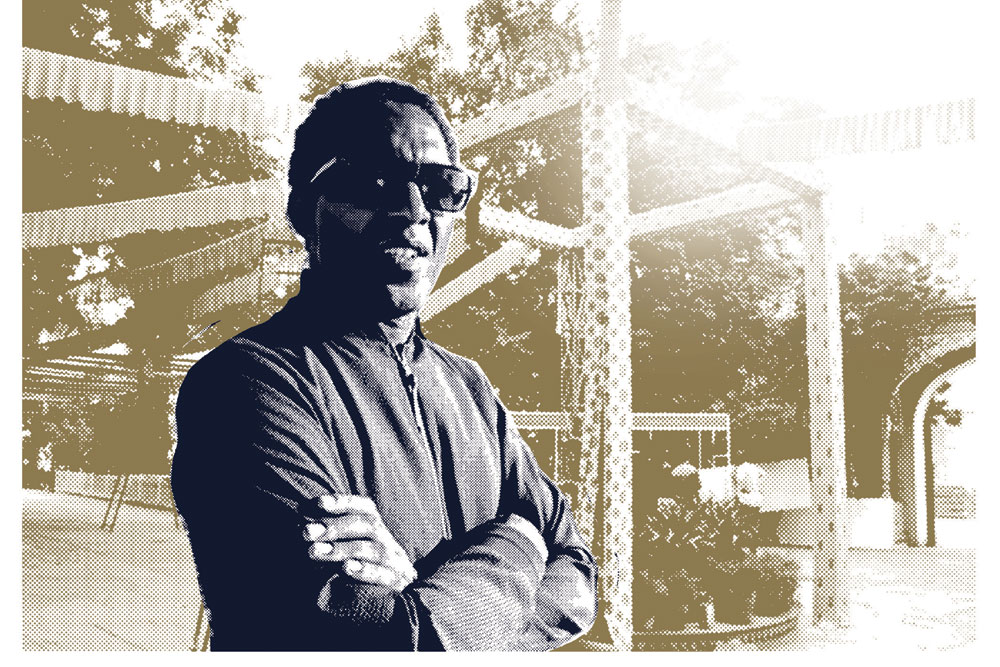 
BEHIND THE SCENES at literature events can often feel like the start of a new year in high school. High expectations, some apprehensions, much excitement, and a few disappointments. I came to this conclusion while watching an episode of the British comedy-drama web show Sex Education (which tells of the lives and loves of 17-year-olds) late one night in Jaipur. Lily the oddball creative kid, who directs school plays and creates graphic novels, helps Ola the new kid in school identify the various groups sprawled across campus. The Jaipur Literature Festival (JLF) is no Mooredale High School, but similar cliques and clans can be spotted during the five-day spectacle.

There is The Untouchable Three, those who run and rule the show, those who everyone wants to be in with, those who everyone thinks they are in with, but are never quite sure. There are The Hustlers those who make it their mission to nudge their way in with The Untouchables, even if it means jabbing, elbowing, perhaps even kneeing others out of the way. There is the Self-Doubter group, the very opposite of The Hustlers. They might be best-selling celebrities back home, but they wonder if anyone will show up for their book signing here. In washroom queues, The Self-Doubter will catch a glimpse of the name tag of the fellow sufferer standing with crossed legs, and deem them more worthy of an immediate bathroom break, and allow them to go ahead in the line. Then there is the Sober group, those who prep and cram for their sessions, those who miss the party for their homework. You’ll also find The Cool Kid, he who has 17 books to his name, he who has translated 50 book, but wears his achievements lightly. Finally, there is the Maeve Wiley-like Outsider; the Coolest Kid, the one who never shows up.


Poet and memoirist Lemn Sissay is a volcano on stage, changing from silent and dormant, to a gush of words, to an eruption of heat and light

While literature festivals have burst forth across India, in small towns and big, JLF is still the most glamorous of them all. Edgy it is not, but regal it most certainly is. At the 13th Jaipur Literature Festival (January 23rd to January 27th, held at Diggi Palace) there was unanimous agreement that 86-year-old Madhur Jaffrey was the belle of the ball. And this conclusion was reached out of sheer admiration and not the oh-she-is-so-old-and-thus-so-cute patronisation. Crowds parted for her as she gingerly stepped out into the lawns, with her violinist husband Sanford Allen, wearing a Kashmiri-red-chilli coat, Jackie-O sunglasses and chandelier earrings. Jaffrey exudes the charm of Merchant Ivory films even today and to be in her company (however briefly) is to be transported to a more genteel sepia-toned world. While talking to her one half expects a young Shashi Kapoor to saunter over and offer her a cigarillo.

JLF has always been a conclave more tilted towards the left-liberal ideology. And while the incongruity with their title sponsor will plague them, this is a space for a certain kind of public, and a certain kind of speaker. Few things better illustrate this than Ravish Kumar’s popularity at this edition. The television journalist and author needed strongmen as escorts just so he could make his way through the venue. Every second line he uttered—about the dangers of a divisive and communal media, ‘WhatsApp University’, the importance of the Constitution, and how man has become a meme—was applauded and cheered by an approving audience.

Given the numbers—500 speakers from 30 countries and 450,000 footfalls registered over five days—JLF is incredibly well organised. This year, the crowds at Diggi Palace did not threaten to overwhelm (perhaps because free online registrations shut after a cut-off date) and there was enough space and chai, and plentiful sunshine for all.

But what is JLF without a touch of controversy and a hint of panic? On the second day, the main concern was that many speakers had caught a stomach bug. In hushed whispers speakers conferred how their tummies were holding up, and who was looking flushed and who wasn’t. It was reported that authors were spurning five-star breakfasts for bowls of yoghurt.

By Sunday, the organisers had other worries on their plate. Like vice chancellors of campuses, they did not know how to deal with energetic students who raised anti-Citizenship Amendment Act slogans at the venue. Arts and literature are essentially sites for dissent, and while one appreciates the concerns of the organisers, the students could have been dealt with in a less high-handed manner. They were roughhoused out, and Rajasthan police detained five.

Most editions of JLF promote themselves with a marquee name. Last year, it was supposed to be Neil Gaiman, but he never showed up. This year, there was no single big-ticket name but enough gems to choose from. For me the highlight was certainly the poets.

I would suggest we hand over the podium to the poets. And maybe then the planet too. We would all be the better for it. We arrive at poetry when all other mediums have proved insufficient to the task. Poets are in sync with the thrum of sky and earth. We turn to poetry when we are ‘beyond words’. If the worst of politics is the language of obfuscation, the best of poetry is the language of truth. It skins away fat and dermis to reach the follicle of the matter.

This edition of JLF brought some of the world’s favourite poets into our midst and for that we should all be grateful. You only needed to have watched four poets on stage on the night of January 26th, to vouch for this fact. The poets included Lemn Sissay, Simon Armitage, Forrest Gander and Manal Younus. Each of them came up to the stage and read their work, it was the oldest format, harking back to campfire, temple and Parthenon, connecting us to the ancients. Their styles and content have little in common, but they all knew how to punch with their words, and reach our hearts.

Poet laureate of the UK, Simon Armitage’s ‘You’re Beautiful/ because you’re classically trained./ I am ugly because I associate piano wires with strangulation’ (from You’re Beautiful) prompted chuckles from the crowd. Forrest Gander, the Pulitzer-winner for poetry (2019), read a poem on his mother dying of Alzheimer’s disease. Something snagged in the throat of the audience as Gander’s voice seemingly from the bottom of a well reminded us all of the fragility of our own loved and ageing ones. Manal Younus, an Australia-based freelance storyteller from Eritrea, read her poem Ashy Knees. It resonated with an audience in India as it deals with how ‘skin tone meant we got teased in the school yard’. Her reading shone with rage and rawness and was met by a snapping of finger by the audience, in the true spirit of spoken-word events.

Poet and memoirist 52-year-old Lemn Sissay was arguably one of the highlights this JLF. (Disclaimer: I can be accused of bias, since I was in conversation with him.) He is a volcano on stage, changing from silent and dormant, to a gush of words, to an eruption of heat and light. Lavaeque, he affects all in his path. He read out his poem Invisible Kisses which is often recited at weddings for its articulation of love.

Eighty-six-year-old Madhur Jaffrey was the belle of the ball. This conclusion was reached out of sheer admiration and not the oh-she-is-so-old-and-thus-so-cute patronisation

Sissay was the official poet of the 2012 London Olympics. At JLF, he spoke about his own difficult and complicated childhood, which inks all his work. He was taken away from his mother—a young unmarried Ethiopian woman newly arrived in England—soon after his birth. He was then renamed Norman Greenwood and fostered by a Baptist family for 12 years. But after a series of misunderstandings and cruelties, they disowned him, and he spent the next five years in a series of homes and institutions. The last of which was like a prison. Once he turned 18, he was left to fend for himself. His memoir My Name is Why (2019) is a devastating account about children in care and the multiple failures of the state. It is also a wonderful tribute to family and home, memories and belonging, by an adult who as a child had little of that. His poetry is thus about relationships and identity, strength and resilience.

Sissay once said that we are all migrants, ‘we migrate from womb to open air, from teenage to adulthood, single to married…’ The best part of a festival like JLF is that everyone leaves with their favourite moment, their favourite memory, their favourite line. Mine would be Sissay’s line, ‘Falling in love is the immigration of the heart.’

Thank you to the poets, thank you for the poetry.