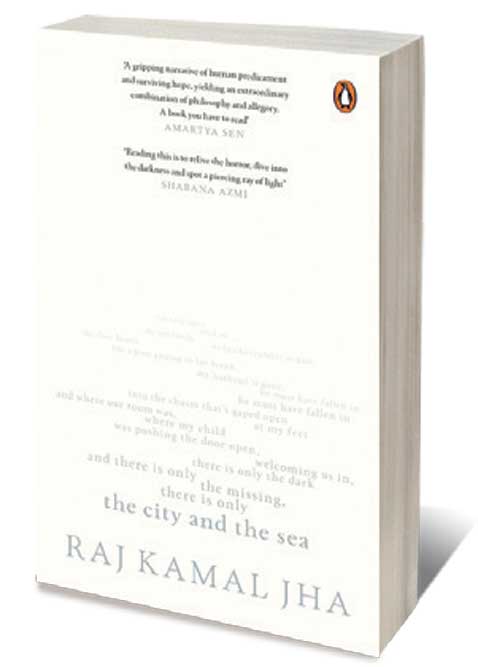 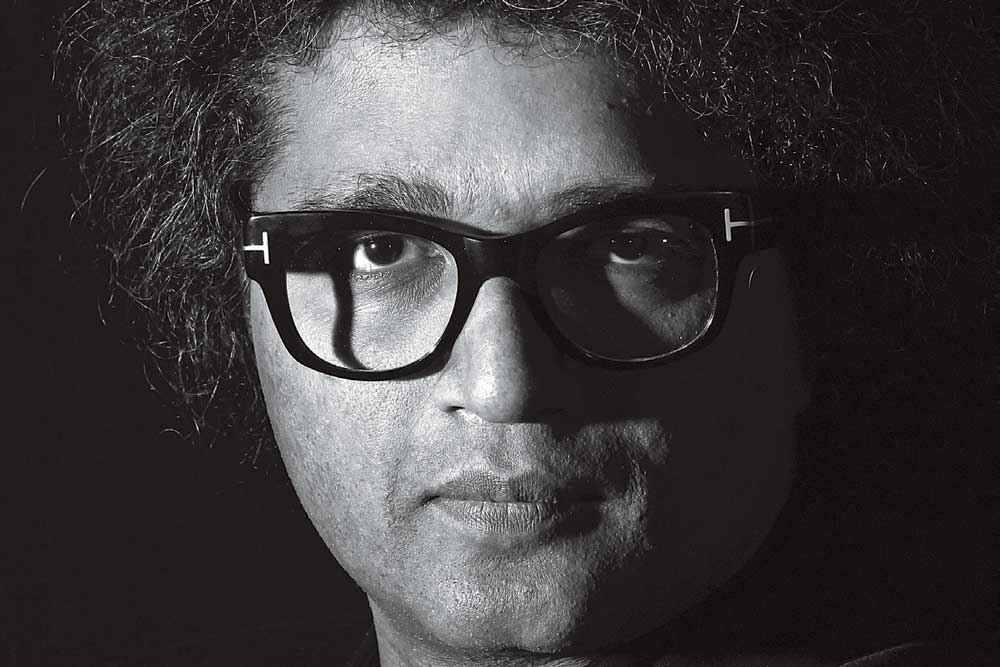 THE ‘PARADOXICALLY impossible project’ of WG Sebald’s Austerlitz, critic James Wood has written, was that of ‘saving the dead’. Bearing imaginative witness to recent history and its victims is also the task that Raj Kamal Jha, ‘the novelist of the newsroom’, has set out to do in his own idiosyncratic manner.

The title of his fifth novel, The City and the Sea, brings to mind Kamila Shamsie’s In the City by the Sea and, before that, Anita Desai’s The Village by the Sea—but Jha’s novel is very unlike those in both form and content. As with his previous work, there is urban alienation, there is physical and mental squalor, and there are traumatic memories unearthed though interlinked tales. In this case, we’re plunged into a dark and disturbing universe that exists at an angle to the horrific Delhi gang rape of 2012.

‘The Sea’ of the title—with the letters ‘t’ and ‘s’ in capitals—is, as one of the characters explains, ‘around us, it’s all over and across the city, we are in it, it’s immense, it’s human, non-human.’ It ‘creeps up on you’, consisting of the ‘things we throw away, dead and disused, needless and hopeless.’ It’s undercover and it’s underground and, in a later passage, it’s ‘teeming with the lost and the forgotten, the dead and the missing.’ This is another city, then, brushing up against our own, as in China Miéville’s The City and the City, and it’s one we overlook at our peril.

In one of the narrative strands here, a child navigates through this concealed urban nightmare, accompanied by a companion who may or may not be a figment of the imagination. In another, a woman finds herself rather mysteriously in a hotel by the coast of the Baltic Sea and comes to terms with her present reality. (In a rare moment of whimsy, the hotel receptionist is called Herta Muller, the name of the novelist praised by the Nobel judges for depicting the ‘landscape of the dispossessed’ with ‘the concentration of poetry and the frankness of prose’.)

The connection between the woman and the child, and just how audacious an act of imagination the novel is, is made clear only when creation finally collides with reality. It’s a bold gambit, and it makes The City and the Sea rise above being a mere recapitulation of incidents.

It is to Jha’s credit that he doesn’t sensationalise the events he writes about. When he mentions iron rods, for example, or delves into the life of a juvenile who comes to the city to make a living and is sucked into a sickening vortex of violence, the chill that runs down our spines is because of a background we’re already aware of from newspaper reports.

It must be said though that the prose style, in aiming for the lyrical, can sometimes be overwrought, with multiple short paragraphs and emotions rising to the surface. Some passages to do with the woman in the hotel appear laboured: for example, ruminations on Yoko Ono’s art, or a song by Green Day (the title of which, naturally, is Boulevard of Broken Dreams).

The novel loses some of its emotional charge when it tries to universalise the Delhi tragedy by bringing in the victims of Sandy Hook and the plight of refugees in the Mediterranean. This seems unearned, not organically arising from what has come before. For the most part, though, it is a harrowing and fully- realised response to toxic events arising from urban decay.

Literature, Ezra Pound once said, is news that stays news. With The City and The Sea, Jha brings us a report from the inchoate world between literature and news, a space inhabited by shape-shifters that are suppressed by our rational, everyday selves.