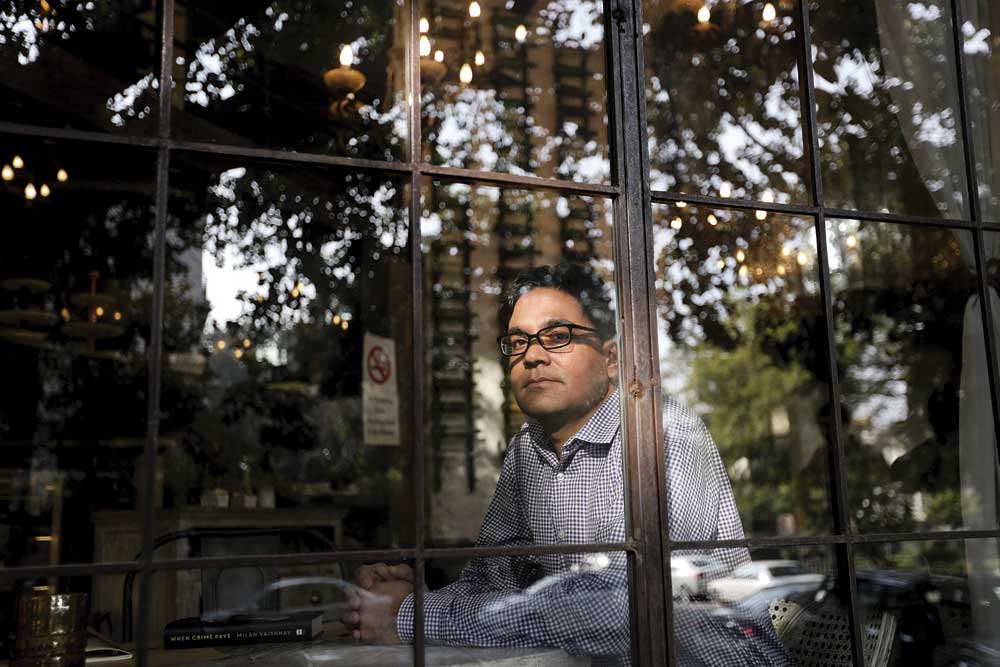 EVER SINCE THE British philosopher John Stuart Mill ruled out representative government as unsuitable for India, the country has held a peculiar fascination for political scientists. Almost exceptional in every respect—the size of its territory, its vast number of poor people and its deep social and ethnic divisions— India precluded the possibility of democracy. From 1861, when Mill delivered his judgment, down to the middle of the 20th century when Selig Harrison, another Mill-like observer, prophesied doom and disintegration, democracy and India have been considered antithetical.

Instead of reducing interest, this negative delineation has spurred attention. India has been subjected to scholarly journeys resembling something of the kind attempted by Alexis de Tocqueville with America in the 18th century. Much like the new-fangled idea of democracy then, democracy in India, too, appeared wayward in the ‘dangerous decades’ after 1947. Perhaps that appears a far- fetched comparison. The number and quality of such ‘journeys’ suggest otherwise. In the early to mid-1960s, Myron Weiner travelled to different districts in India to study how the Congress had (or was) transforming itself from a political party opposed to colonial rule into a party that could govern India. Weiner consulted Congress leaders to select the districts where the party was strong and where it was weak. His book, Party Building in a New Nation: The Indian National Congress (1967) remains a classic of Indian Political Science literature.

A quarter century later, another American—of Indian descent—Atul Kohli followed Weiner’s footsteps, tracing almost the exact journey the senior scholar had made. Kohli’s India was very different from Weiner’s placid version. Gone were the party elders who were respected. The ability of political leaders to mediate in conflicts and deliver scarce resources to people in a quasi-socialist country had almost eroded. Instead, disturbingly, a new breed of ‘musclemen’ had entered legislatures, and, alarmingly for that time, even managed to bag ministerial berths here and there. No province, from Gujarat in the west, to Bihar in the north, to Andhra Pradesh in the south, was immune from the damaging combination of corruption and violence. Democracy and Discontent: India’s Growing Crisis of Governability (1990), one of the most empirically grounded analysis of Indian politics of pre-liberalisation times, again broke new ground even if its conclusions were depressingly familiar to Indians and India watchers alike.

Since 1991, a veritable explosion of sorts has taken place on writing about India. But where the number of books, journal articles and popular tracts has multiplied, this has come at the cost of quality. On the one hand, attention to empirical detail—which can often be gained only by mixing visits to the site of action and carefully compiled data—has dwindled. On the other hand, new ‘theories of India’ have almost dried up. What has been substituted is a pastiche of observations and a shallow application of various ‘isms’, evenly borrowed from the political spectrum. This unappetising brew, difficult to digest and minimally informative, is a product of the new interest in India.

Criminal politicians erode belief in the rule of law and force people to think ‘If they can break the law and get away with it, so can we

Milan Vaishnav’s When Crime Pays: Money and Muscle in Indian Politics harks back to the original Political Science literature on India a la Weiner and Kohli. In gestation for almost five years, the book successfully blends scholarship— it was originally Vaishnav’s PhD thesis—minus the gobbledygook that accompanies much of academic writing.

The book’s quest is simple enough: why have criminals and moneybags come to dominate India’s political landscape? The answer, based on fieldwork in Bihar and Andhra Pradesh, too, appears simple: elections are expensive business and those who have money also happen to have links with crime. It is well-known that democracy has costs, and in terms of money, elections certainly are a substantial part of it. If one were to take a snapshot in time, that answer will suffice. And for the most part, those living in India know that. That, however, is the least of it.

If one draws a line from 1952, when the first General Election was concluded, to the last one in 2014, there has been a sea change in how political parties select candidates and how voters choose the men and women who enter legislatures. The common refrain, at least during dinner table talk, is that persons of quality with commitment to ideals and public service no longer opt for political careers. The truth is rather different and democracy is always corrosive to ideals. If a candidate for political office were to claim high ideals as his motivation, he is certain to be laughed out of the race. What voters look for is a complex mix of ability to get work done and, of course, a rain of freebies when possible. The ability ‘to get things done’ is more likely to be found in musclemen and those with money. Those accomplished in the art of rhetoric are unlikely to possess these qualities. From dons in the badlands of Bihar to moneyed candidates in Andhra Pradesh who know they have to virtually bribe voters to even stay in the race, democracy in India is as much about criminals in politics as it is about the preferences of voters. This is very different from the idealised version of politics that supposedly dominated India until the goons took over.

A part of this story has been known for a while. When Kohli visited India’s ‘peripheral’ regions, he found that criminals already had a substantial presence on the political scene. In a socialist economy with debilitating supply constraints, delivery of vital services required more than a polite legislator. Simple things from telephone connections to cement bags for construction work required ‘permits’ that could only be had if one had ‘connections’. In this landscape of administrative and political decay, criminal politicians came to flourish. This led to much moral agonising and posturing, but also a quiet acceptance of what was going on.

Poor Lalu had to create fodder where there was none. Then there are states where the elite can extract rends just by being in power

A quarter century later, Vaishnav found a system that has been perfected. Today there is a ‘marketplace’ where demand and supply match and there is open acknowledgement that money and muscle keep the political machine oiled. On the demand side of the ledger are political parties with ‘high commands’ that seek candidates who can finance themselves in expensive elections. This not only spares parties from the cost of financing these candidates, but ends up endowing them with resources. In the bargain, these parties can use the money available with them to finance their elite, in elections and in many other ways. On the supply side, there is little question why such candidates abound: there are plenty of persons with money, what they need is access to the levers of government to recoup what they have expended. In reality, what they gain is probably much more than what they expend.

In economics there is a saying that supply creates its own demand—also known as Say’s Law. When Weiner came to India in the 1960s, there was no ‘supply’, let alone any demand, for politicians who combined money and crime. By the time Kohli wrote his book, one could faintly discern the supply side; Vaishnav has completed the picture by describing the demand for criminal politicians. For lack of a better expression, he has fully described the workings of Say’s Law of Indian politics.

In a conversation with Open, Vaishnav describes how the system works and is now approaching a ‘two-tier’ structure. On one side are poor Indian states where crime in politics are par for the course. On the other hand are provinces where economic growth has taken off and instead of violence, there is backroom dealing to ‘perfect’ the laws that allow pelf and plunder.

“Look at it this way, poor Lalu had to end up creating fodder where there was none. Then there are states where the elite can extract rents just by virtue of being in power,” he says.

The picture that emerges is not pleasant even if it is accurate and realistic.

For example, in his interaction with a person who is standing for elections to the Andhra Pradesh legislative Assembly, Vaishnav finds out that the bulk of this candidate’s election expenditure accrues in the 24 hours before polling. Voters are to be helped with liquor and if the prospective MLA does not do that, he stands no chance at the hustings. Viewed coolly, this is a bad trade-off: a bottle of liquor for electing a candidate who may not even look back at you for the next five years. This is just like the ‘Red Indian’ who exchanged his land for a dram of ‘fire water’ in colonial US. Anyone who has covered elections knows this is true not only in Andhra Pradesh but virtually most parts of the country.

If this is the wretched calculus at the base of India’s democracy, pathologies abound as one approaches the apex of India’s political decision-making.

Vaishnav writes that, ‘…fixing what ails the Indian state is essential to reducing the demand for criminal politicians. Unless and until the state is seen as an impartial and credible provider of security, justice, and social and economic benefits, there will always be space for those seeking to fill in the gap between institutions and popular expectations to make a living.’

This begs the question who will fix the broken plumbing of governance in India? A system in which politicians rise all the way from zila parishads to the Lok Sabha on the basis of a criminal give-and- take, matters get a bit fuzzy: why should those who operate the levers of government break the very machine that empowers them? Vaishnav is a writer who knows the limits of what he can say—after all, he is the product of a system where the academic taliban demands, and gets, narrowly focused studies that tightly link cause and inference. But for any observer of India, the answer is clear. The era of planning and socialism in the country was supposed to end in a utopia where there would be material abundance. That did not happen and instead it bequeathed a system of shortages that was ultimately inherited by criminals who made hay in politics. The unwinding will be painful. For anyone who wants to understand how this system works, Vaishnav’s book is a good starting point.