Love and revenge with a feminist flavour 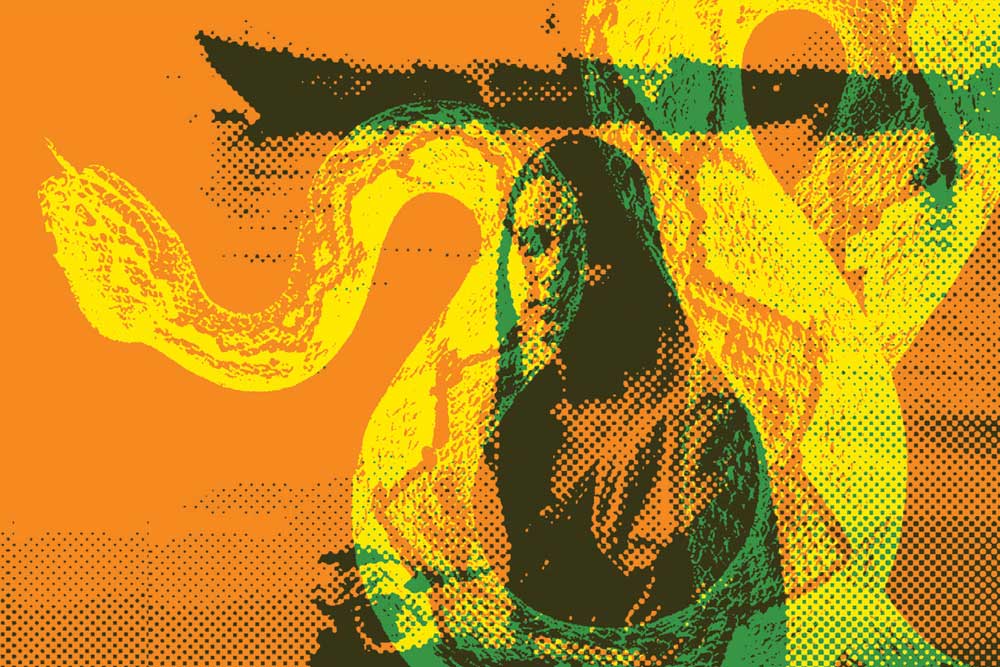 IF ACCLAIMED MALAYALAM writer KR Meera’s previous book, The Gospel of Yudas, was about a unusual romantic extreme (falling in unrequited love with a man who dives to the bottom of water bodies to salvage drowned corpses), her latest novella, The Poison of Love, situates the desperate love at its centre in a common, if desperately painful, bind. Tulsi—a perfectly average person, just another female IIT graduate who gives up her career upon marriage —falls for the charismatic Madhav. She is his 28th lover, and first wife.

The long and short of Tulsi’s journey— from elopement, torrid sex and tender affection (‘I would lie on his chest like a tulsi leaf, like a feather’) to wearing the tonsured head and widow’s weeds of a Meera sadhu in Vrindavan while Madhav remains alive—is his infidelity. He manipulates her, telling her that her jealousy will lead to her abandonment, dismissing her pain by saying ‘jealousy is irrelevant in love’. Through his affairs, he first insists on his loyalty, then ignores her desire but begins to rape her. Slowly, the abuse turns her love into something far more intense: an obsessive loathing.

Tulsi dreams of snakes, thinks in a syntax of Krishna cosmology, commits unspeakable acts, and eventually finds some kind of solace among the widows of Vrindavan, where she can mingle her loss into a collective one: ‘The Yamuna is a Meera sadhu too. With her waters drying up, she is withered and shriveled; curling up to sleep with a bowed back, her bones jutting out. Pretending devotion, unclean men wash in her.’

The nucleus of KR Meera’s oeuvre is obsessive love, and her protagonists give themselves over to it completely—and often to their complete detriment. This is where her writing differs from all versions of the same tales, which are made to seem like nothing but cautionary ones. Her heroines claim their emotions, and the consequences of having them, instead of allowing themselves to be merely victims of circumstance.

Despite being set in a disturbing psychic realm, The Poison of Love’s feminist politics are taut: ‘What will you do afterwards?’ a friend enquires of Tulsi’s divorce. The friend is in fact the man she deserted long ago, to elope with Madhav instead. ‘What can I not do, afterwards?” she laughs, just before she shocks the reader.

‘This is how I shall end this story. The autobiography of a Meera sadhu,’ says Tulsi defiantly at the novella’s gruesome end. This autonomy drives the entire narrative. In chilling, clear prose, the author charts out Tulsi’s trajectory, balancing its ordinariness with scenes of ghastliness. Tulsi’s life becomes not a cautionary tale on the perils of falling in love, but a revenge fantasy—one in which no one gets redemption. ‘My hatred for Madhav was all-consuming,’ she says when she goes to meet him after he has sought her out, a dozen years later, in Vrindavan. ‘I wished to smash him to smithereens. And yet I also wished that he would live on. I wanted his beating heart—so that I could corrode it myself.”

There’s a reason why it’s the simplest stories that get told, over and over again. Despite the macabre details of The Poison of Love, its fundamental premise of betrayal and longing are resoundingly familiar. KR Meera writes in the book’s afterword that women seek her out everywhere from literary festivals to funerals to tell her that “Tulsi’s experience mirrored [their] own”. Tulsi says at the novella’s start, ‘I loathe every love story except my own.’ The author’s triumph is in having created one made most horrific of all because somewhere in its twisted heart is a cry of recognition.