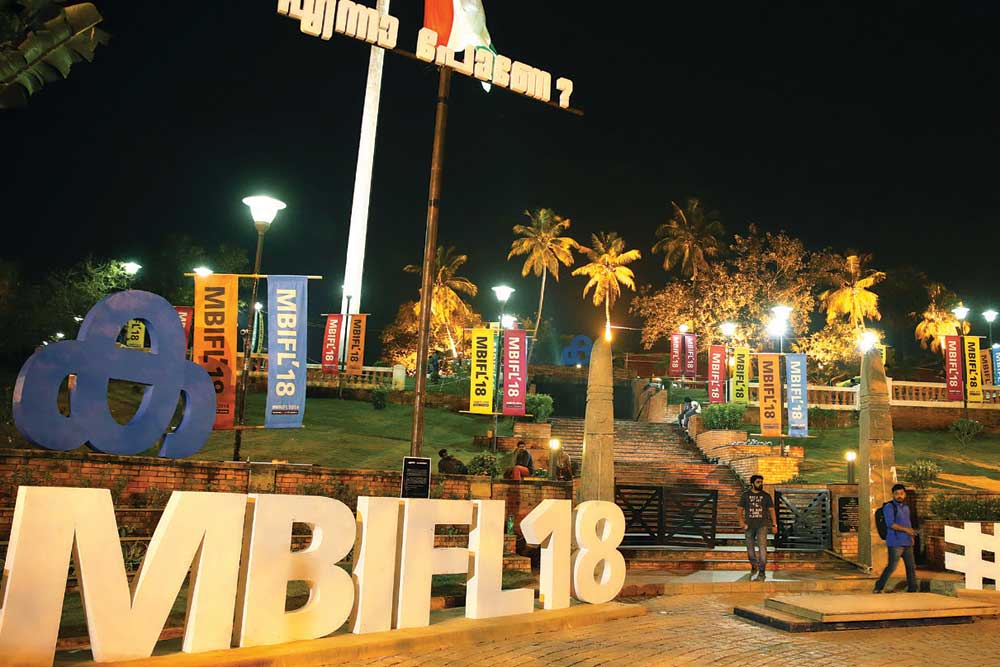 OVER THE PAST many decades, Thiruvananthapuram has earned a name for playing the perfect host to film festivals that invariably attract crowds from across the state, from as far as Kerala’s northernmost district, and even from metros across the world. South Korean filmmaker Kim Ki-duk is a household name in this part of the country. So was Krzysztof Kieslowski once. Iranian and Arabic filmmakers find the place home. I remember watching Deepa Mehta’s Fire for the first time at one such movie festival; it was the first ever screening in India of the controversial film. The city’s film aficionados have had a great time, and continue to feast on festivals that familiarise them with world cinema.

It has also been a venue in the past for literature festivals showcasing well- known faces who have contributed to fields as diverse as feminism, celebrity activism and travel. I have listened to the likes of feminist icon Germaine Greer, activist Bob Geldof and so on. Yet, unlike the movie fest, literature events in Kerala’s capital haven’t been crowd-pullers.

The Mathrubhumi International Festival of Letters (MBIFL), in its first edition held over February 2nd to 4th, not only brought to the fore the underlying potential of Thiruvananthapuram in making such events a huge hit, but also put the spotlight on excellent venues that are larger, more functional and better suited than others across the country. Kanakakunnu Palace and Grounds in the heart of the state capital can’t be missed for a variety of reasons: it is located on a hill of sorts and has, over time, become a popular hotspot for cultural events thanks to its capacity to accommodate large crowds on its sprawling meadows.

This time round, for MBIFL, crowds did turn up in large numbers, aided by the reputation that Mathrubhumi as a brand enjoys among readers of regional fiction—starting from primary school students to the who’s-who of literature and culture—either to take part in a range of discussions included in the festival or to watch panelists grapple with subjects that covered everything from literature, politics and media to religion, trends and foreign policy. The proximity to hotels and size of the venue were simply incomparable, and evident to literature-fest regulars. This festival was proof that such an edge can often be leveraged to outdo other similar festivals around the country.

Interestingly, it also saw the presence and participation of personalities who normally stay away from big cities and crammed venues. Speaking at a discussion titled ‘Big Cities vs Local Culture’, writer Ashok Ferrey, who was born in Sri Lanka, raised in Africa and the UK (in a Benedictine monastery), studied pure mathematics at Oxford University and became a builder and author, bluntly stated, “I hate big cities.” It was a sentiment shared by several others in the audience and on the panel.

The selection of subjects being discussed was irresistible for which curators CP Surendran, PI Rajeev and Sabin Iqbal deserve a round of  applause: it included sub-nationalism, the future of travel writing, Dalit issues, interviews, reading sessions, Ayurveda, political cartooning, sports writing, diplomacy, investigative journalism, migration and labour issues, marginalised communities, politics of culture, technology, translation, social media, Hinduism, cuisines, counter- culture, social media, diasporic Indians, artificial intelligence, performing arts and various others. “Our idea was to give creativity a chance in a lit fest,” says novelist-poet Surendran. There were also cultural events in the evening to spice up the festival. Ample representation was given to regional literature, not only from Kerala but also from states such as West Bengal, Odisha and so on.

Though there was a book stall in the vicinity, MP Veerendra Kumar, a renowned parliamentarian and orator who is also the chairman and managing director of Mathrubhumi daily (the group owns various publications and a TV channel), tells Open that the thrust was not on book sales at all. “Books were kept in a small stall so that whoever wanted to get books of authors present here could get them signed, that is all. The primary motive was to promote discussions about books and various other intellectually stimulating topics. The difference between our literature festival and others is that it was not a commercial venture,” he says, adding that organisers will ensure that the spirit of this “new property” is sustained.

Mathrubhumi has a long and rich history of art and literature patronage. Writers of the repute of MT Vasudevan Nair and various others had held the post of editor at the Mathrubhumi weekly, which for decades played a stellar role in promoting and shaping Malayalam fiction. In that context, this latest effort spearheaded by Veerendra Kumar’s son Shreyams Kumar is an effort to revive its traditional role in fostering literature and discussions and to spread their influence beyond the borders of Kerala as well as India. Shreyams Kumar, director of marketing at the daily, says, “We have enough resources at our disposal to further promote culture and literature at a larger scale than ever before. We are committed to our vision of doing so.”

The food stall on the premises that was open to the public in the afternoon had its own charm, especially among those who wanted to take a bite or two between sessions for an invigorating chat with other attendees over mouthwatering Kerala dishes.

In a city where movie nuts revel during film-festival seasons, it won’t be a surprise if literature festivals become all the rage in the years ahead. Though photo-ops and selfie moments with authors weren’t as chaotic as at similar events elsewhere, signs that this festival of letters would succeed were clear for all to see.