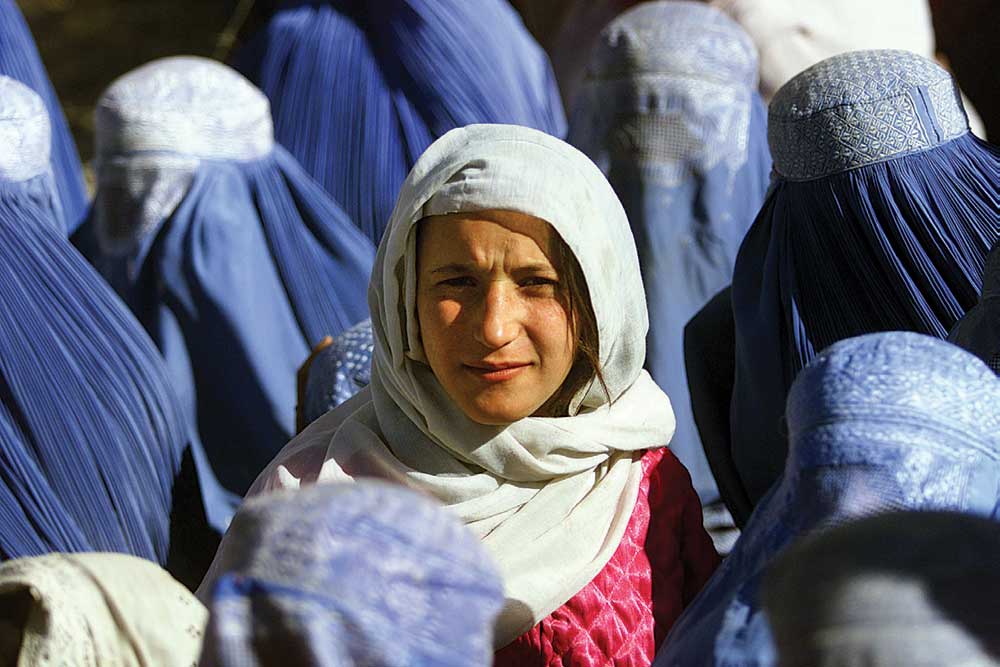 RAKHSHANDA JALIL IS a tireless proponent of non-English Indian literature—in particular, Urdu. She is a prolific writer and translator, and in Preeto, an anthology of Urdu short stories in English, she is both the editor and a contributing translator. The theme of the book is one of her many good ideas. She investigates how modern male writers depict women in their short stories.

In her very readable introduction, she talks of the way male writers in the past, and not just in India, have tended to objectify women and present them as either unnaturally good or unnaturally bad, thereby ‘othering’ 50 per cent of the human race. Jalil examines the way women Urdu writers have responded to patriarchy. For example, writers like Rashid Jahan, a champion of women’s education, and Ismat Chughtai, who challenged contemporary morality and notions of womanhood to the extent that she, like her contemporary male writer Saadat Hasan Manto, faced obscenity charges. It’s to the credit of the courts that the charges were thrown out. Jalil describes some of Manto’s powerful women characters to illustrate how far he was from the patriarchal rut. She does not, however, include a Manto story in this collection—fair enough, considering how many translations of his stories have been published recently.

Instead, she quotes the poet Majaz, who also drank heavily and died young, and wrote of women as equals living in the same reality.

(What shall I tell you my friend of her whom I love? She is a woman of the world I live in.)

It is this attitude that Jalil looks for in the stories she chooses. And, although preferring contemporary writers, she does select stories of two of the other greats of the Urdu short story: Rajinder Singh Bedi and Krishan Chander. One of them, Krishan Chander’s Preeto, is the title story of the anthology. For me Preeto and Hussainul Haque’s The Unexpected Disaster are the real humdingers of this collection— engrossing, powerful and true.

In the first, a husband finds unexpectedly in his wife someone equally fearless and capable of a crime of passion. The story though is told by him, not by Preeto herself. In The Unexpected Disaster, the story is told from the woman’s point of view. Bibi Izzat-un Nissa is pushed to the very limits of endurance as she multitasks, coping with a bed-ridden husband, three children and financial fraud. Yet when she finds a chance of happiness, she is not afraid to break convention and grasp it.

Several of the stories are disturbing, but not necessarily in ways Jalil intends. One by Rajinder Singh Bedi shows an appalling attitude to ‘special’ children. Another story dehumanises sufferers of paralysis and appears to imply there is something unseemly in women medical professionals nursing male patients. In this implausible tale, a young woman with no training or equipment is able to act as the sole care- giver of a man so badly paralysed he cannot swallow, and so heavy that she cannot lift him. Shocked by his nakedness, she fantasises about him. Then there is a very troubling story of child abuse. In yet another story, the author expects his readers to accept as patriarchy a son’s accusation of his mother. However, given her dreadful parenting decisions, any self-respecting teenager—male or female—would have given her hell.

The quality of the translation is high on the whole, but the volume would have undoubtedly benefitted if Niyogi had provided Jalil the strong editorial backup that good publishers should give. All in all, this is a thought-provoking book which will reward readers and make them question the authors’ and perhaps their own values too.