Nasir Husain and the sociology of entertainment 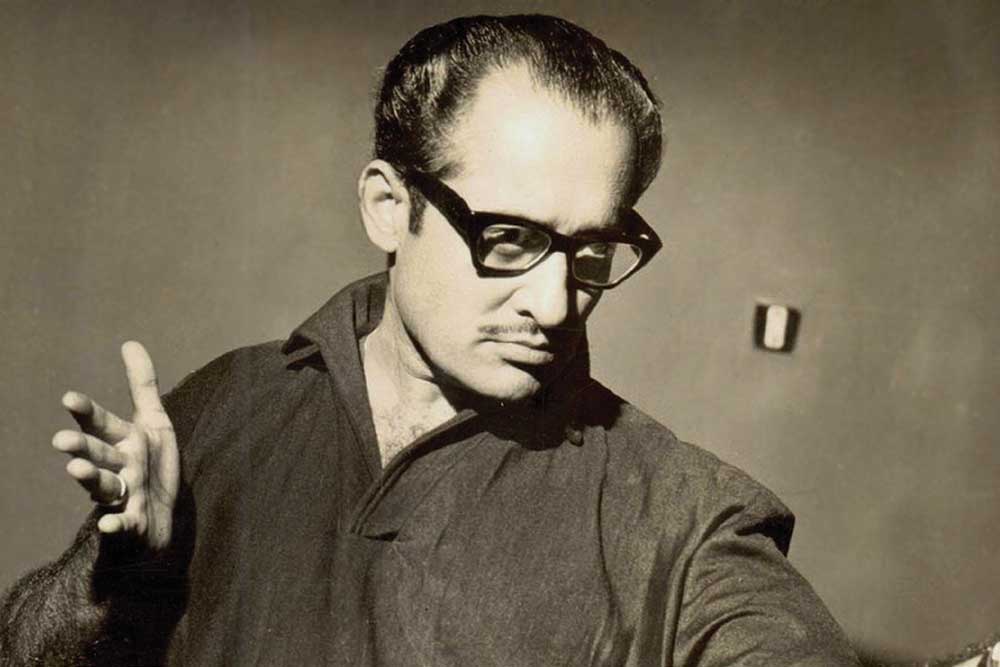 IN HIS BOOK Music Masti Modernity: The Cinema of Nasir Husain, writer Akshay Manwani recounts a clash between writer-director-producer Nasir Husain and Dev Anand. According to one version, the latter was unhappy with Husain giving his brother, Vijay Anand, an ‘arty’, black-and-white film to direct while he helmed a big budget movie in colour. Miffed, Husain reportedly swapped. Vijay Anand went on to create the landmark Teesri Manzil. Husain directed the low-key Baharon ke Sapne, marking a departure from his usual flamboyant style. The film’s collections were lacklustre, despite an alternative ‘happy ending’ being hastily tacked on. This failure to click with his audience may well have prompted Husain to steer clear of attempting similar work in the future. The anecdote is interesting for the view it gives us of ‘what may have been’ for Husain’s cinema. It also provides an insight into what made the filmmaker tick—the love of his audience, and getting the pulse of popular sentiment right.

For most viewers, Husain’s films are quintessential Bollywood—fabulous music, scenic locales, dashing heroes, spirited leading ladies, and lots of banter. Ironically, it is his commercial success and so-called formulaic filmmaking that have contributed to the lack of serious attention paid to his work. Manwani’s book attempts to address this gap in writing about the prolific filmmaker, whose career spans nearly 45 years.

The early part of the book recounts Husain’s family background, and his fondness for PG Wodehouse and Pakistani humorist and short story writer Shafiq ur Rahman. Both influences can be felt in his crackling dialogues and emphasis on zany humour. Interestingly, Manwani notes, many of the descriptors that are used for Husain as a youth, like ‘badmash’ and ‘shareer’, travelled to his incorrigible heroes. It traverses the various stages of Husain’s career, from being a writer on the sparkling rom-coms Munimji and Paying Guest, to his directorial debut Tumsa Nahin Dekha, which established Shammi Kapoor on the path to stardom. Kapoor’s flamboyant, fun- loving hero paved the way for Husain’s legacy of the debonair male lead who embraced dance, music and comedy as part of his charms.

While Husain himself made no bones about telling the same story over and over again, Manwani is careful to lay out the originality of his work and his unique embrace of modernity. He was comfortable in nightclubs and hotels, the writer notes, taking to such spaces with an eclectic cosmopolitanism that can be seen so clearly in Teesri Manzil and Yaadon Ki Baaraat. As writer Javed Akhtar points out in the book, it was a modernity that was not located in the city (unlike, say, the films of Guru Dutt or Chetan Anand), but was constructed from scratch. Most action in Husain’s films occurs in hill stations, or on leisurely journeys, away from the setting of normal, restrictive family life.

The book is most absorbing when it covers Husain’s notable collaborations, including with lyricist Majrooh Sultanpuri, composer RD Burman and Shammi Kapoor. Husain’s impeccable taste in music gets due attention. The book’s strength lies in the details it captures, like Husain eating bitter karelas (gourd) as a boy to impress his father, to his elation at the success of Qayamat Se Qayamat Tak (that he wrote) after a series of commercial failures. Towards the end of his life, his son Mansoor Khan found him watching one of his films on TV and crying. “I can’t believe I have done all this,” he said.

Manwani’s enthusiasm for Husain’s film is clear and infectious. He also draws on a number of sources, from the academic to the anecdotal, to frame his arguments. The writing would have benefited from his having a stronger voice of his own, which tends to get lost in part due to an over-reliance on lengthy quotes. As it stands, the book is a resource for film buffs and Bollywood enthusiasts. Side effects of reading may include an urgent need to revisit Husain’s eternally youthful films and humming along to the songs.