Markus Zusak: The Story so Far 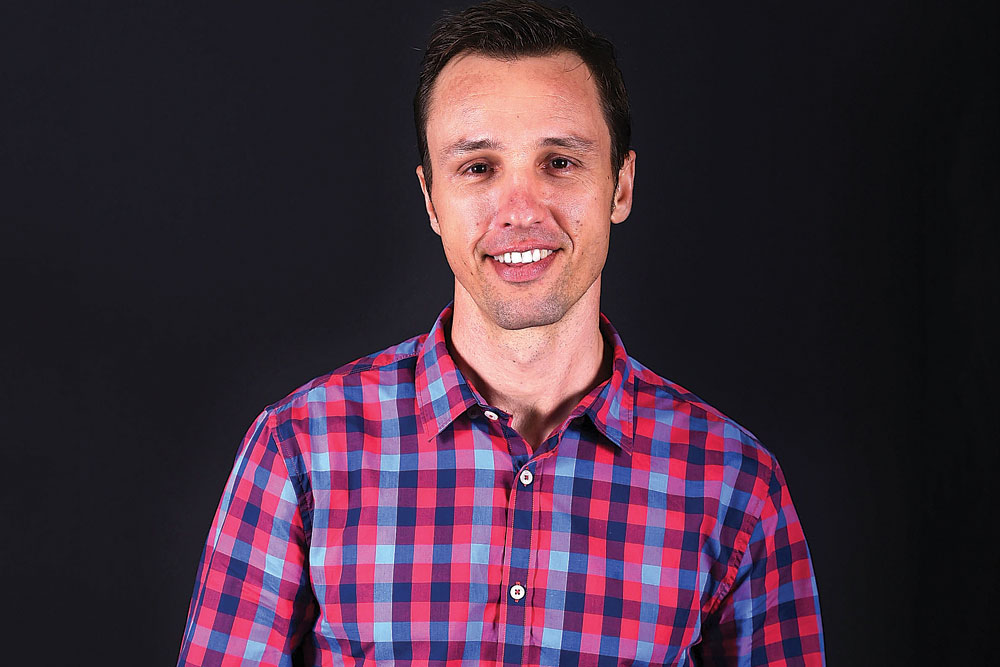 MARKUS ZUSAK’S The Book Thief, about a young girl set in Nazi Germany, became a publishing sensation when it came out in 2005; it sold 16 million copies, was translated into 40-plus languages and spent a decade on the New York Times bestseller list. Its titular character is Liesel Meminger, who is nine when the book opens in early 1939 and is first teaching herself how to read, and then how to steal books. Even as she adjusts to a new life with an adoptive family, the war engulfs them, and brings to their home a Jewish refugee they must hide. The narrator of this story is Death, whose presence is a constant reminder of the violent times, but whose sardonic asides infuse the book with an unexpected levity.

Zusak’s long-awaited next novel Bridge of Clay (Doubleday; 592 pages; Rs 799) that came out late last year is a tale set in suburban Sydney. It is centred on a band of brothers growing up in the shadow of absent parents. At the heart of the novel is Clay, the youngest of the five Dunbar boys who finds a singular purpose in helping construct a bridge that their father returns to seek their help in building. This too is a sprawling, richly plotted saga that aspires to the epic. Zusak, who lives in Sydney and has written six books, was in India for a literature festival and the Australia Fest, which played out across major Indian cities. Edited excerpts from a conversation.

How did you get started on Bridge of Clay?

It started at least 23 years ago when I was 20 years old and I had an idea for a boy building a bridge and that he wanted to make it beautiful and perfect. I wanted to call him Clayton. So it was going to be called Clayton’s Bridge and then I thought, what about Bridge of Clay? As soon as I thought of that title, I thought of the idea of clay as a name and a material, a material that can be from the ground, you can mould into anything and you need fire to set it. He’s moulding his whole life into that bridge. That was where it began, just with that idea.

Why did you set it aside for so long?

It was always my most ambitious idea and at times I thought it was my biggest idea and I had the highest hopes for it. I even wrote it when I was in my early twenties, but then I looked at that and at least had the editorial common sense to say then ‘that’s not it’, ‘that’s not what I’m looking for’. So it kept getting pushed back because there were easier things to write and I wasn’t quite ready to write it. When The Book Thief was finished, I realised I had written a book that meant everything to me and I thought, ‘Now you are ready to write Bridge.’ [Earlier] I was ready to start it, but I wasn’t ready to finish it. It took longer than I would have hoped. But I don’t have any regrets now.

Is it difficult to write a novel after a hugely successful book?

It probably weighed more on me than I thought it did. But it was still more the actual pressure of the idea and the story itself, where a boy is trying to make one perfect thing. When your story is about that, you start to put pressure on yourself, where you are trying to make every single little thing perfect and sometimes that can really hold you back. In a way I think it took that long because often I felt like I was writing for the world championship of myself.

“The idea for Bridge of Clay started 23 years ago. I think it took that long because often I felt like I was writing for the world championship of myself”

How different was it writing this compared to your previous books?

The test with The Book Thief was that I thought nobody was going to read that book. I thought it would come out and then just die immediately. The test there was no one is going to read it, are you still going to write it? Whereas the test with this was a lot of people are going to read this because of The Book Thief, so are you going to be able to write it? It’s a different kind of test. And I think in the end you let go, to serve the reader the best you can, you have to let go of worrying about what they think of you. And only then do you deliver your true self and the true book and you hope that’s going to be enough.

Do you ever wish that people would just forget The Book Thief now?

I don’t think so. I would never wish that book away. It has its own small piece of magic and it’s a very lucky book. When you think it’s going to go away, something else happens that gives it another little boost. In a lot of ways it’s because of that that people are going to have a crack at reading [Bridge]. I’m tremendously grateful to The Book Thief’s readers. They’ve given me a whole different life as a writer. And that is to show up in India and you meet people and they have read your book or they tell you, ‘This book was really important to me at a tough time in life.’ Those things are really special.

Why do you think it worked?

Using Death as narrator captured people’s imagination. I wrote the characters with a lot of love, as I did in all my books. But there’s something about these characters that people feel close to.

Your books deal with difficult topics— violence, death, missing parents—but are also filled with humour. How tough is it to get the balance right?

I don’t think it’s a question of how tough it is. You start to feel when there’s a certain weight in something and you need an injection of something else. There is a natural balance you’re looking for and when you feel something is going too far one way, you just bring it back a notch the other way. It’s a bit like standing in the middle of a see-saw and trying to have it never touch the ground. It’s more a feel or instinct than anything else.

“I’m tremendously grateful to The Book Thief’s readers, they have given me a whole different life as a writer”

Moving from the larger canvas of Nazi Germany and the Holocaust to suburban Australia—a world with lower stakes and smaller scope. Was that liberating? How was that shift?

It felt natural. I didn’t want to write about Nazi Germany again and I think you never just want to do more of the same. Whether it was liberating or not, in so many ways I don’t write to be free. I feel like my responsibility is to writing, I love writing and it’s the thing that gives me greatest joy. In a way I like being inside writing because I feel safest there. So it’s not necessarily a sense of being freed up. I work very hard to find the moments where I’m writing and it’s just playing. They are the moments I’m looking for. Maybe I’m contradicting myself now, and that is a kind of freedom, but it doesn’t come without doing the work first.

How do you write characters who are children?

I just try to think quite purely about the book itself. You’re trying to write someone’s favourite book and if you fall short of that it’s no disgrace because there are a lot of beautiful books in the world. I don’t try to take on too much responsibility if I’m writing about a topic or about children. What I’m trying to do, my greatest responsibility, is to the story and I’m always asking myself, ‘What am I doing for the story here?’

What do you think of your books being categorised as for younger readers? Does that make a difference?

It doesn’t. Like I said, I’m just trying to write. But I have to say, when I do an event anywhere there are always young people and it’s always special to meet them. They have such an exuberance about books and stories. When you hear people despairing that kids are only interested in technology these days, that has been proven wrong for me every time I do a talk somewhere. It’s a privilege to have young people read my books and I’m grateful to have them as part of my audience.

Do your children read your books?

My kids are really funny about The Book Thief. They are not interested in the book at all. They are only 12 and 8 years old. A lot of my daughter’s friends who are 12 have read it but my daughter refuses to. It starts with the first chapter, ‘Death and Chocolate’, and she says, “Death and chocolate, that’s just ridiculous.” They’re more invested in Bridge because they were around when I was writing it, so they feel more of a connection to it.

You’ve mentioned that your parents shaped your world through stories. Can you tell us about their influence?

My mum was a house cleaner and my dad was a house painter and they are the ones who taught me how to write. Not by teaching me anything but just by giving me a love of stories. It’s a bit like in Anna Karenina: ‘Happy families are all alike; every unhappy family is unhappy in its own way.’ Every youngest child is spoiled but not in the way you think. The way I was spoiled was I got to spend the most time with my mum and dad at a meaningful age. I am the youngest. Both my sisters had moved out and my brother wasn’t that interested. I asked them to tell me their stories, and they always did, and those were great stories and they were great storytellers. That’s how I found my love of telling stories.

Like Liesl in The Book Thief, do you also re-read books?

I do. I’m a bigger re-reader than reader. Those books become who you are in the end. A lot of American books influenced me. What’s Eating Gilbert Grape is a favourite and a writer called Lars Saabye Christensen who wrote The Half Brother.

I’m just going to write for the next six months or year and see where it takes me and write for the love of it. I have a few new ideas and am looking forward to feeling the newness that comes with that. I just don’t want it to take 13 years again.