Macbeth: Out, Out, Brief Candle!

Macbeth is the drama of ambition rising from the ash of ethics. We live today in a different age from Macbeth and the king he betrayed and assassinated 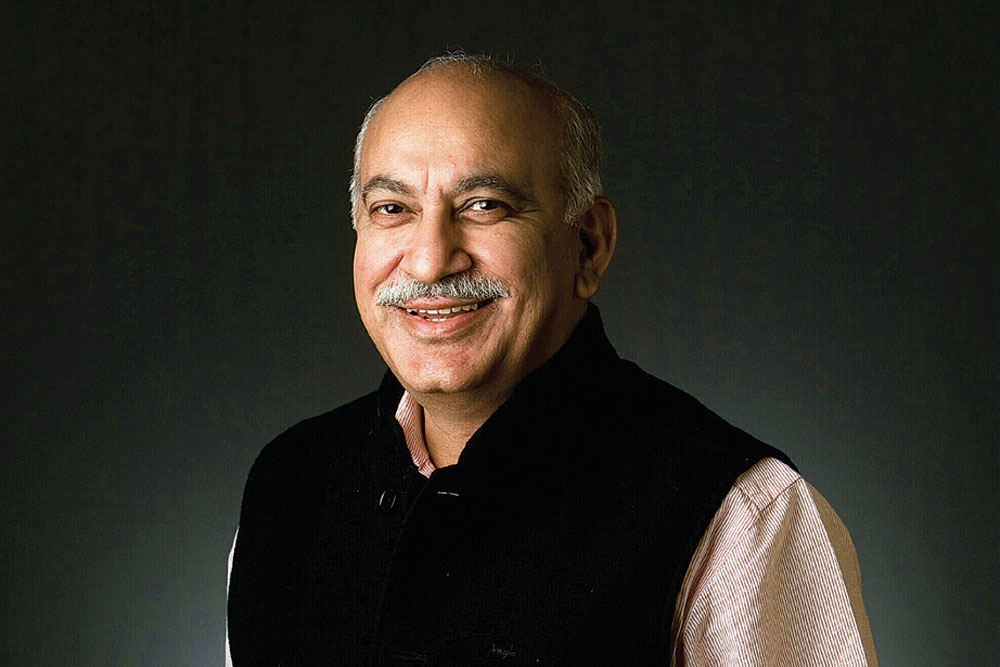 I BECAME ENTRANCED WITH Macbeth on a warm summer evening in 1967, when the rest of Presidency College, Calcutta, had left after yet another day mutilated by Naxalite violence and police response. Our first year undergraduate class began late in the day for our professor, Tarak Nath Sen, came according to a schedule determined by his uncertain health. A rare passion brought him to campus amidst the periodic bombs; our awe was such that we waited even if it meant staying on till after sunset.

Legend had it that he taught King Lear to MA students from the last page, on the assumption that if they did not know the play thoroughly before they entered his class they were not worthy of his attention. He was more generous to undergraduates. He began at the beginning.

It was his third lecture. The first two—he taught just once a week—were a bewildering repetition of reference numbers to tomes in the library which added up to a forbidding reading list. It was boring, but it is hard to doze off when you are in a small room with just a dozen classmates, seated about a yard away on a bench in front of a professor. Tarak Babu kept his eyes down; his voice was calm, precise; his memory infallible. A copy of the Arden edition of Macbeth lay on his desk. He opened it and read carefully: “Macbeth. Act 1 Scene 1. A desert place. Enter three witches.”

He shut the book with a mild slap. Then began the first of three mesmerising lectures, of around 90 minutes each, over the next three weeks, on just three words: ‘Enter three witches’. It was a comprehensive sweep of witchcraft, magic, religion, power, legitimacy, treason, ethics, ambition, hubris, order and the various interpretations of the meaning of nature in medieval Britain and Europe.

Through three years of fitful study during peak unrest, with the walls of Presidency daubed with slogans saying ‘Chairman Mao is our Chairman’, Tarak Babu only managed to reach the end of Act II. But by that time he had given us the gift of understanding, to absorb to the extent that each of us could. Tarak Babu never bothered about ‘should’: he was an intellectual, not a doctrinaire. He opened a door into literature, and through literature into life.

When the British decided, after the near-death experience of 1857, that their empire needed a formal service, and this civil service needed an education, they sent ICS recruits to Haileybury to find their way through Greek and Latin. The Ottomans believed that their administrators needed three languages: Arabic, to understand faith; Persian, to appreciate poetry; and Turkish, to recognise power. India’s courts were filled with scholar- bureaucrats, whether Kautilya, the master theorist, or Abdul Rahim Khan-i-Khana, the great Mughal warrior-poet. Science— with metallurgy, medicine and astronomy at the top—was left to specialists. Science and the arts were not considered at odds; they merely served different purposes. To learn how to manage human affairs you had to understand human behaviour, and this was possible only through literature, which is a narrative of human flaw or heroism at its most intense, a measure of what can go wrong when the moral compass is magnetised by evil or achievement inspired by virtue.

Macbeth is the drama of ambition rising from the ash of ethics. We live today in a different age from Macbeth and the king he betrayed and assassinated, Duncan. Democracy offers a rational new order in which a wayward ruler can be removed by the scythe of popular opinion; there is no place for a kinsman’s dagger. Nor is there any divine right of kings, except perhaps in fading dynasties that have not stepped out of the 19th century. The moral legitimacy of every elected Prime Minister or President comes from a vote. Critics might accuse VP Singh, who became India’s Prime Minister in 1989, of being a quasi-Macbeth; but he went through the cleansing process of an election. Turmoil was temporary, and order was restored. There was an earlier instance of mischievous ambition, but let us just say that the characters involved were too dismal. To be a tragic hero you still have to be a hero.

It is tempting to compare the three witches of Macbeth with some of today’s astrologers, who tempt the willing into self-destruction by offering a glimpse of glory without mentioning the price of transgression. The hags, delighted at the doom they will instigate, cackle in a hypnotic opening scene: ‘When shall we three meet again?/ In thunder, lightning, or in rain?’ The answer sets the pace of drama: ‘When the hurly-burly’s done/ When the battle’s lost and won.’

The word that is repeated most often in Macbeth is ‘nature’. When the law of nature is upturned, foul becomes fair and fair becomes foul, as the witches note so gleefully. Macbeth slips into the murk of moral confusion with his very first sentence: ‘So foul and fair a day I have not seen.’

Nor can reason deflect treason. As his wiser battlefield comrade Banquo, who gets his share of prophecy from the witches as well, puts it: ‘Or have we eaten of the insane root/That takes reason prisoner?’ The path to parricide-murder can only be crossed when one’s better self has been abandoned. Lady Macbeth doubts whether her husband is up to the task: ‘Thou shalt be/ What thou art promised. Yet do I fear thy nature/ It is too full o’ th’ milk of human kindness/ To catch the nearest way: Thou wouldst be great,/ Art not without ambition, but without/ The illness should attend it.’

There is no woman in English drama as identified with evil as Lady Macbeth, and yet a closer reading offers evidence for sympathy. When she thought that her husband might waver, she tried to kill the sleeping Duncan, only to find that she could not do so for he looked too much like her father: ‘Had he not resembled/ My father as he slept, I had done’t’. She was wracked with guilt, the essence of penance. She tried to ‘wash this filthy witness’, blood, from her hand, and could not of course; ‘All the perfumes of Arabia will not sweeten this little hand. O! O! O!’. She turns mad, a victim of that insane root, felled by remorse, unlike her husband who turns into a monster, the ‘best of th’ cut-throats’. She has supped full of horrors, and tells the plaintive truth: ‘What’s done cannot be undone’.

Macbeth’s soliloquy on learning of his wife’s death is poetry that makes one tremble, in a scene that must rank among the greatest in the history of drama. ‘Out, out, brief candle!/ Life’s but a walking shadow, a poor player,/ That struts and frets his hour upon the stage,/ And then is heard no more. It is a tale/ Told by an idiot, full of sound and fury,/ Signifying nothing.’

And so all is futile, including ‘Vaulting ambition, which o’erleaps itself’. But blood will seek blood. Ambition is slaked and Duncan is dead by Act II Scene II; the rest is about the horrific chaos of guilt, about false face hiding what false heart doth know. It is about the death of sleep: ‘Sleep no more!/ Macbeth does murder sleep’; this innocent sleep ‘that knits up the raveled sleave of care,/ The death of each day’s life, sore labour’s bath,/ Balm of hurt minds, great nature’s second course,/ Chief nourisher in life’s feast.’

Those who know English but have not read Shakespeare can never appreciate how much our conversations today owe to him. His extensive work, and the King James Bible, form the foundations of modern English. That is no mean achievement. For me, Macbeth was the high point of a genius without parallel in English literature.

The second last word belongs to the witches, who return to a haunted Macbeth, back with their false promises. Macbeth will not die at the hands of anyone born of a woman; he shall never be vanquished until the Birnam Wood moves to his sanctuary on Dunsinane hill. But the opposing army camouflages itself with branches; the forest has moved. And Macduff, who kills Macbeth, was born of a Caesarian. The tongue of a witch has a fork.

The last word must be left to the wondrously and wittily drunk porter who does not answer the knock on the castle door on the night that Duncan has been assassinated: ‘You can’t equivocate to heaven.’