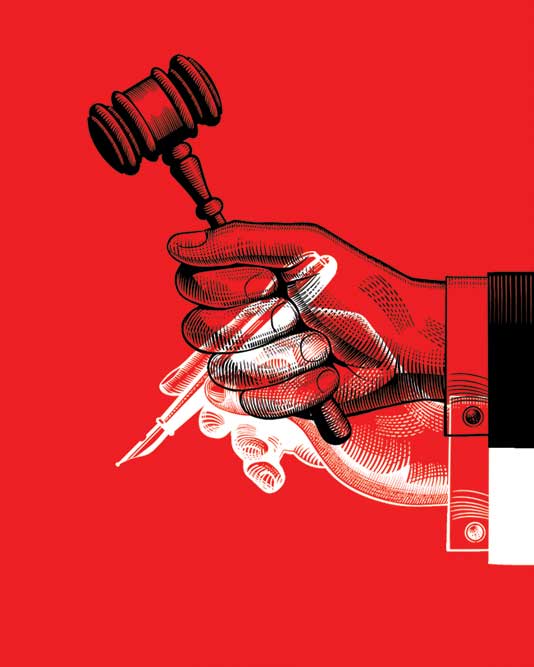 IT IS UNFORTUNATE that in the pantheon of foreign scholars of the Indian legal system, the name George H Gadbois is not always ranked alongside the likes of Granville Austin or Marc Galanter. Save for a passing mention in the judgment striking down the National Judicial Appointments Commission, there has been little serious engagement with Gadbois’ path-breaking book, Judges of the Supreme Court of India (1950-1989). Indian legal scholarship would have gained immeasurably had his research on the political leanings of judges been cited more by Indian academia instead of by RK Karanjia of Blitz (yes, that happened, but that’s another story for another day)

Gadbois’ interviews of every living judge who served at the Supreme Court in those 39 years (and of the families of those departed) is a praise-worthy effort in and of itself. Abhinav Chandrachud’s effort in Supreme Whispers to try and glean insights from these interviews— the necessary caveats of accuracy and reliability notwithstanding—is commendable, focusing as it does on the period between 1980 and 1989. In these times, when the judiciary faces an extraordinary crisis, such an exercise can potentially shed light on the causes of the present situation.

Unfortunately, Supreme Whispers does nothing of the sort. It feels like a wasted opportunity because it is not quite sure what it wants to be—a historical study of a specific period of the Supreme Court based on new material? A rigorous attempt at studying the Supreme Court drawing upon a variety of sources? An exploration of the lives of judges who served on the bench in the 80s? Perhaps it started as one of these, wanted to be another half-way, and by the end of it all, has turned out to be none of the above.

We get no answers because Chandrachud offers us no clear definition of what he means by a ‘judicial rivalry’. Is it just a quarrel? An ideological disagreement? A decades-long personal and professional struggle that features ugly sniping and pointed remarks that find their way into judgments (like the PN Bhagwati-YV Chandrachud rivalry)? We don’t know because all these are lumped together in one category that makes any cogent analysis impossible.

This is a pity because the present crisis calls out for informed analysis. It needs some perspective and historical depth to understand the causes that have led to the dire state of affairs in the judiciary. Relations between judges did not break down because of a press conference, or the Judge Loya case, or because of Justices Chelameswar, Gogoi, Lokur, Kurien or Misra. With access to Gadbois’ hitherto unpublished papers, Chandrachud had an excellent opportunity to place in context the precise nature of the problem—why recent events suggest a fundamental breakdown of this institution and not just a simple case of bad blood between brother (and sister) judges. Regrettably, he does not take this opportunity.

The second half of the book, however, takes an unexpected turn and goes into matters of appointment of judges across the decades. This is a bit strange and somewhat out of place within the larger theme of the book (not to mention the title itself) and does not really contribute much by way of new material. In comparison with Gadbois’ rigorous analysis of the criteria and basis for the appointment of judges to the Supreme Court, the material in Supreme Whispers feels like a collection of anecdotes, which while interesting and noteworthy, do not add much to the larger picture.

The book leaves one dissatisfied and with the sense that with better organisation, thought and care, Supreme Whispers would have been a much more valuable intervention in the ongoing discourse over the judiciary in India.